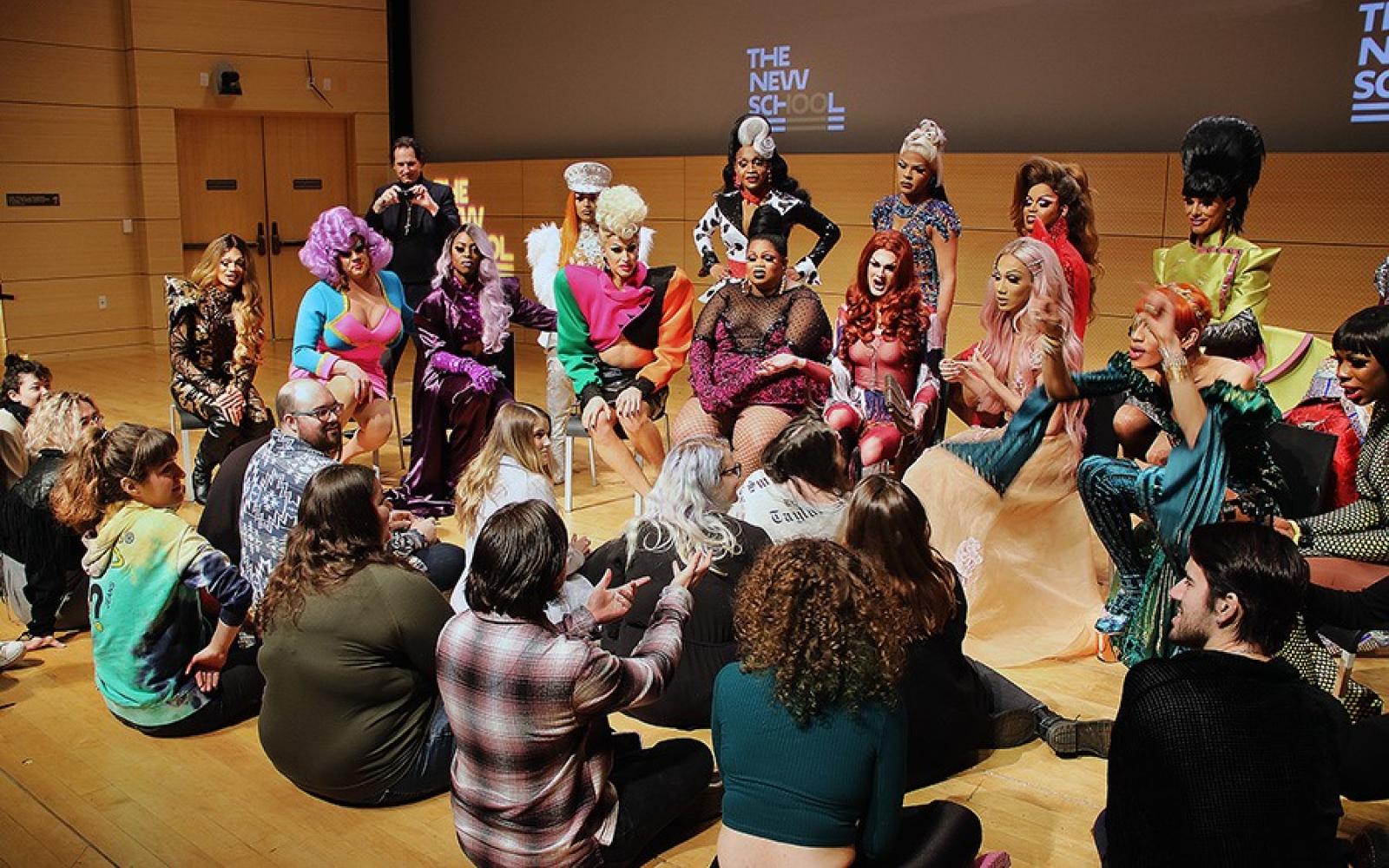 A full-semester spring course called “RuPaul’s Drag Race and Its Impact” launched this week at the New School in Manhattan. Taught by drag historian Joe E. Jeffreys, the course will study the reality TV hits in the context of contemporary culture — and spill the tea on drag history.

Enrolled students can expect a colorful and wide-ranging curriculum. “You might be surprised at the amount of academic writing that has been published focused on ‘RuPaul’s Drag Race,’” Jeffreys tells The Post, “I put this class together not only due to my love of drag performance but also to spark serious critical thought and analysis into something many people would poo-poo as not worthy of such deep concern.”

The professor says his classes will explore “audience demographics, historicizing the show’s lineage and scrutinizing such concerns as race, ethnicity, aesthetics and body image as presented in the broadcasts. We look to understand how the media phenomenon has shaped the way a wide public view the art form of female impersonation and how the program has changed the profession itself.”

In addition to classic homework assignments, drag coursers should gird their loins to take in plenty of assigned viewings.

“We will watch parts of previous reality shows like ‘An American Family’ and documentaries exploring earlier drag worlds, including ‘The Queen,’ ‘Paris Is Burning’ and ‘Wigstock: The Movie,’” Jeffreys says.

To test their drag knowledge, students will be posed with mini-challenges, including a “final runway creative project.”

Jeffreys also looks to bring in interesting and relevant guest speakers to the class. And there was no group more interesting or relevant than the entire cast of RuPaul’s Drag Race season 11.

‘Through a remarkable series of events, with the generous help of folks at Viacom and The New School, the entire Season 11 cast of RuPaul’s Drag Race paid a surprise visit to the class,’ Jeffreys explains.

‘The students had no idea that this was going to happen, only that we were meeting in an alternate location that day. We handled general class business for the first 10 minutes or so then I announced that there were some people there who would like to meet them. And through a side door out walked the contestants. Pandemonium erupted. The students and contestants hugged, cried with excitement, and took selfies.’