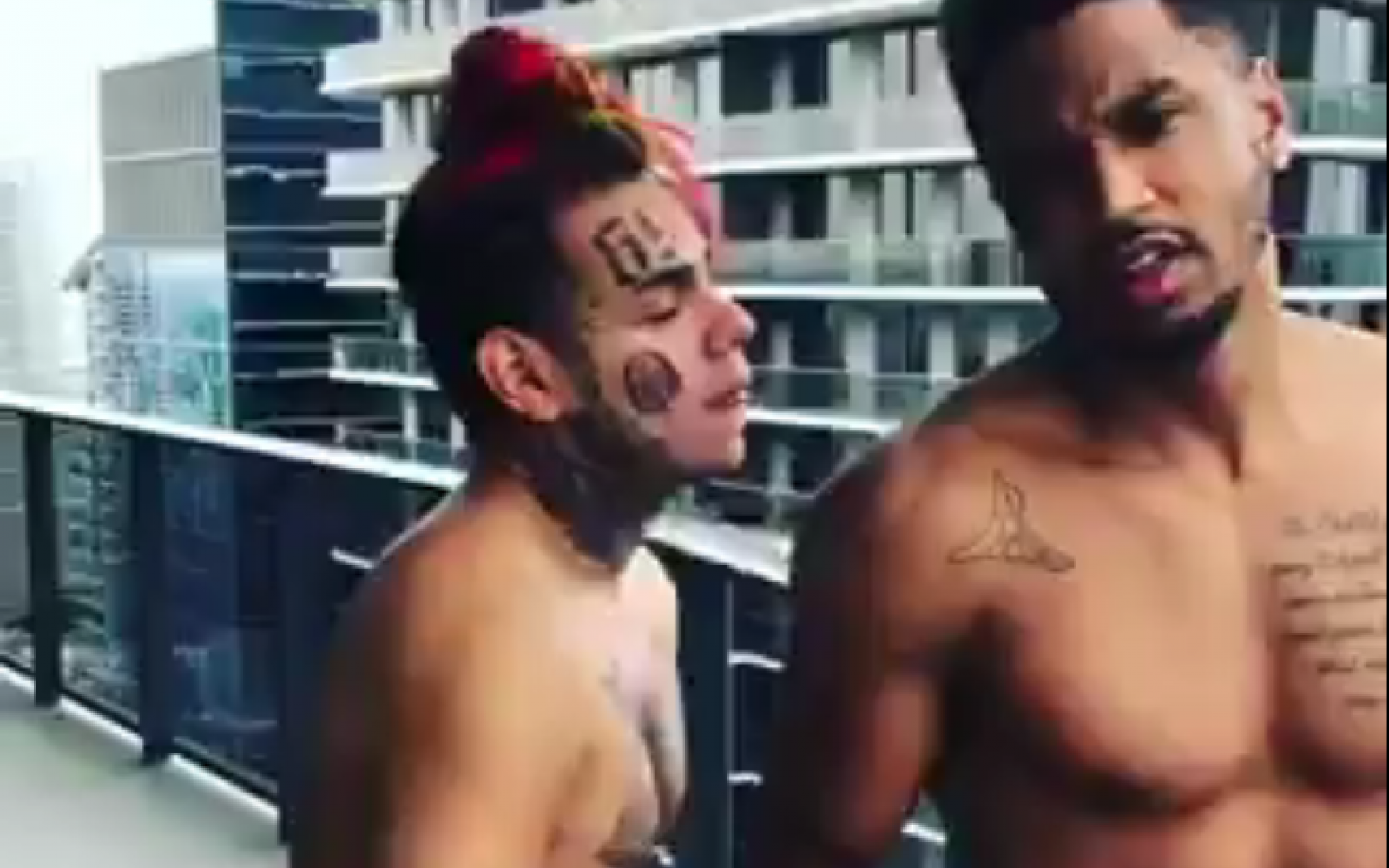 In the past, Tekashi 6ix9ine has expressed his interest in giving up rap to become a singer. While he has previously flexed his not-so-great singing chops, the man has decided to consult one of this generation's most talented vocalists in Trey Songz. If he wants tips on how to impress the ladies with his virtuoso singing abilities, he's gone to the right person but from the sounds of it, he and his "twin brother" have a lot of work to do in improving his skills.

Tekashi can definitely yell on record and he's shown to have an ear for melody. It's yet to be determined whether he has bars or not but during his Angie Martinez interview, he didn't seem to keen on showing off any rapping ability. One statement Trey made in the video sticks out, referring to 6ix9ine as his "twin brother."

Surprisingly, this is not the first time 6ix9ine has said that people remark a resemblance between him and Trey Songz. He's previously said that European women always mistake him for Chris Brown and Trigga Trey and, to be completely honest, we don't see anything they may have in common. One of them has rainbow-colored hair and the other, well, doesn't. Dead giveaway.

Tekashi's first assignment was to perform Usher's hit "U Got It Bad" as a duet with Trey. As usual, the Virginia artist blew everyone away but when 6ix9ine started to croon alongside him, he fell a little flat. We're not saying he won't be able to improve his range but for now, he should perhaps consider sticking to his formula.