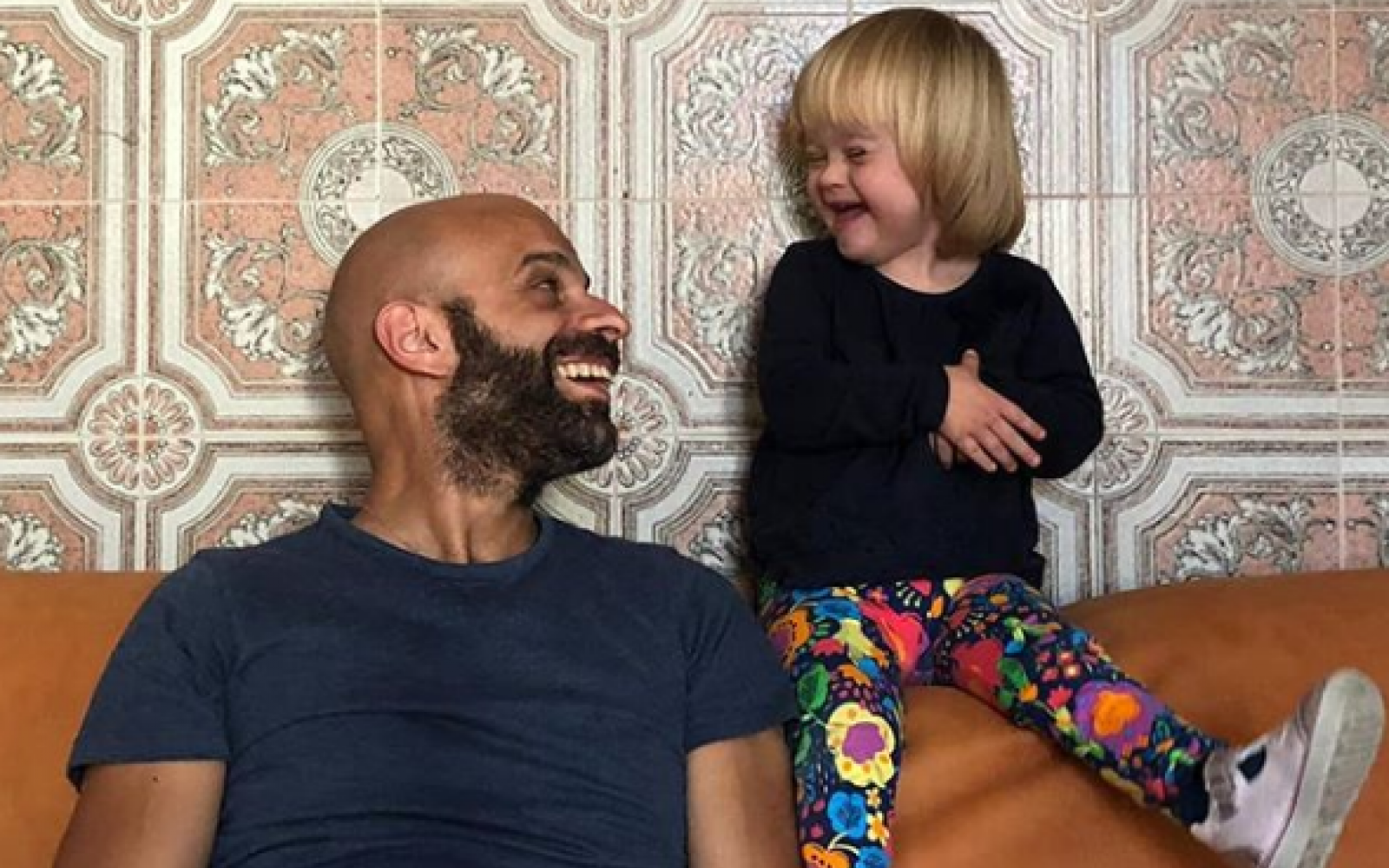 An gay single man is winning hearts and praise after he adopted a girl with down syndrome after she was rejected by 20 families.

Luca Trapanese, 41, adopted his daughter, Alba, in July 2017 after having spent years caring for people with disabilities as a volunteer in Naples.

The adoption happened after Trapanese had separated from his boyfriend, with whom he founded a charity dedicated to supporting people with disabilities.

But the charity worker initially struggled to adopt due to Italy’s strict adoption laws that only allow single parents to adopt in certain circumstances.

“I was told that I’d only be given a child with an illness, a severe disability or with behavioural problems,” he told the BBC.

“I was absolutely OK with that.”

He was eventually matched with Alba, who was 30 days old at the time and had been abandoned by her birth mother.

“When I first held her in my arms, I was overcome with joy,” Trapanese said. “I felt she was my daughter straight away.”

Now, the father-of-one regularly posts about Alba on Instagram, uploading a mix of heartwarming photographs that show the father and daughter duo playing together in parks and at home.

Trapanese now has more than 154,000 followers thanks to the popularity of his posts.

One recent photograph shows Trapanese brushing Alba’s teeth in their bathroom at home.