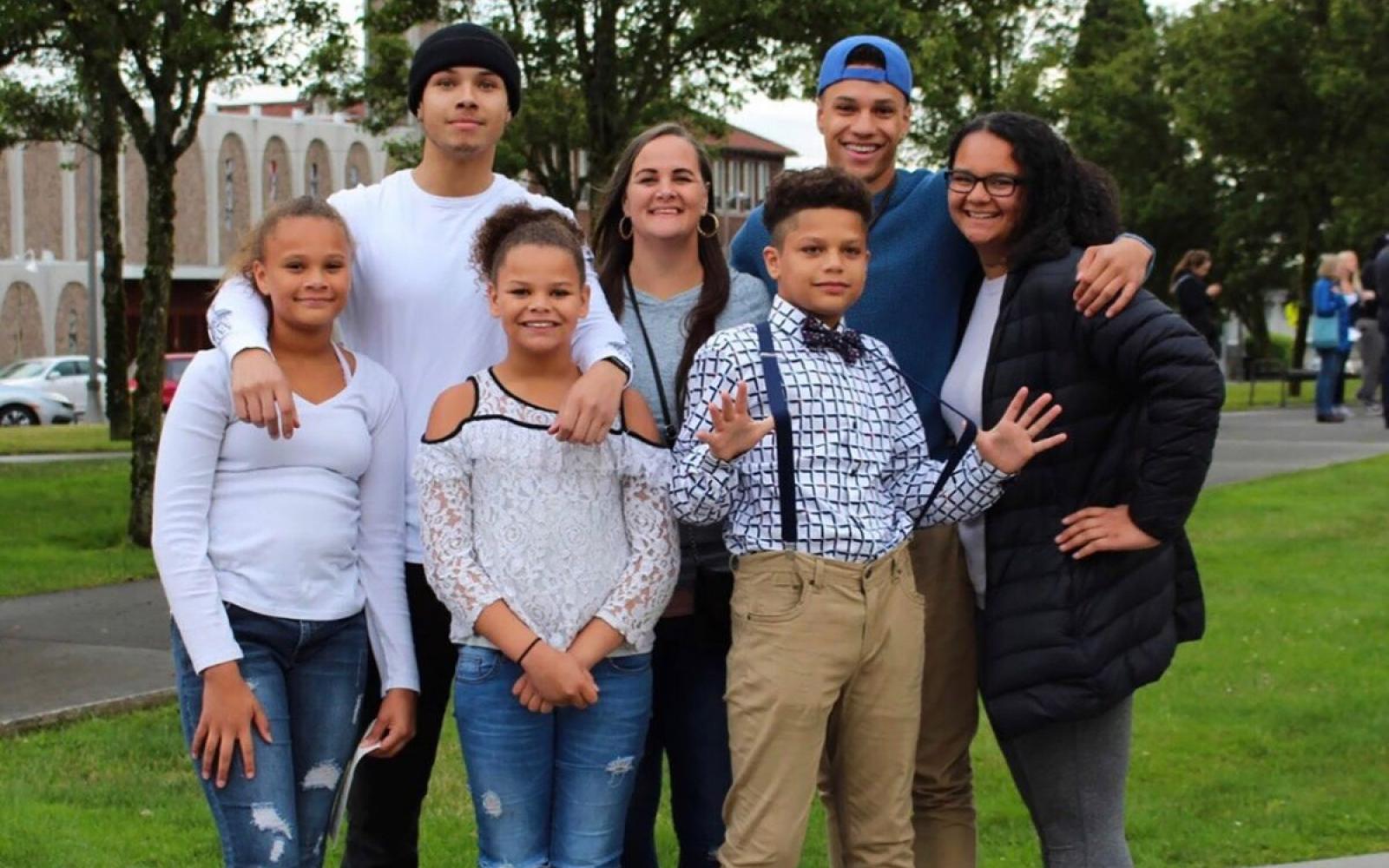 A group of siblings in Washington state say they used a walkie-talkie to say their last words to their 42-year-old mother, a breast cancer survivor, as she died from the coronavirus in a nearby room.

Elijah Ross-Rutter told CNN that his mother, Sundee Rutter, contracted the virus in early March, just months after being told she was cancer-free following a battle with stage 3 breast cancer.

He said his mother first began exhibiting symptoms of the virus the night of March 2.

“She was really weak, she was having trouble breathing, she had really bad migraines,” Ross-Rutter, 20, recalled. He said the family decided to take her to a hospital in Everett the following day.

Ross-Rutter said he was initially able to stay with his mother while wearing a mask.

“It was kinda weird, we were in, like, an air-sealed room,” he said.

However, as her condition worsened and the COVID-19 outbreak took a stronger hold in the U.S., he said he and his family were not allowed in her hospital room.

When talking to BuzzFeed News about the ordeal, he said his mother first “thought she had the flu, probably.”

“But like, the coronavirus? It was kind of hard for us to understand how she could get it because not that many people had it around here,” Ross-Rutter said. It wasn’t until several days after her first hospital visit that doctors confirmed she had contracted COVID-19.

About two weeks after his mother was first admitted to the hospital, Ross-Rutter said he and his family were told they should see her. She died on March 16.

He said the hospital gave him and his five siblings a walkie-talkie, with the one placed by his mother’s bedside.

“We got to say our final words and goodbyes to our mom,” he told CNN. “I was able to tell her I loved her.”

“It’s kind of hard. In the moment, you don’t know what you’re going to say,” he added. “Like, it’s your last words and it's hard to think of what you really want to say. It’s a moment that nobody really ever wants to be in.”

“I told her everything is going to be all right with the kids," he said. "Us older siblings, we're going to make sure everything’s OK with them and that they're going to grow up to be some adults that my mom would want them to be."

Ross-Rutter added that his older brother is working to get custody of their three young siblings, who are between the ages of 13 and 15, and relying on money raised through GoFundMe to help care for them. According to CNN, their father died in 2012.