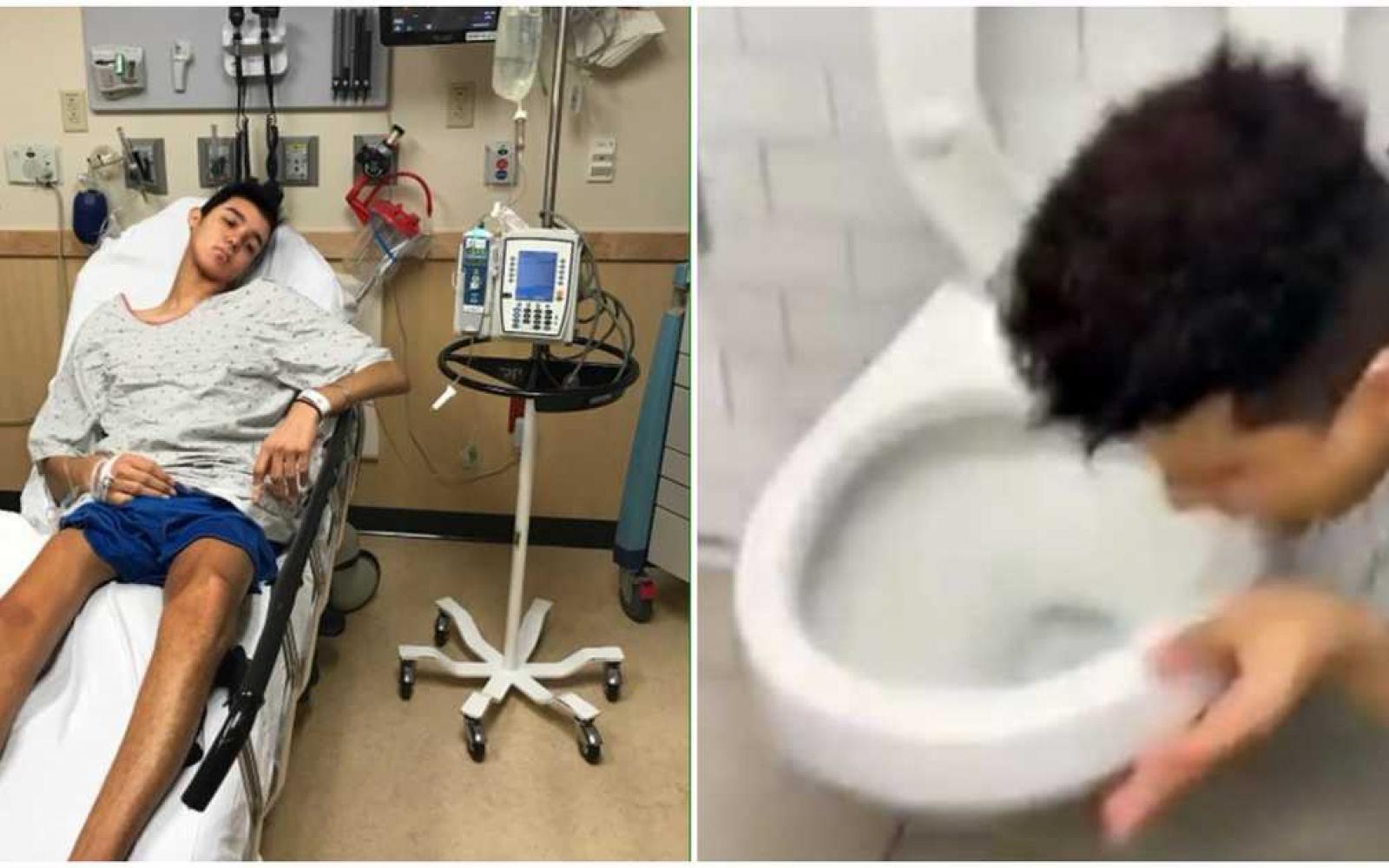 A social media influencer who participated in the viral toilet-licking challenge claims to have tested positive for novel coronavirus.

The social media star, known as Larz and GayShawnMendes on Twitter, announced the diagnosis on Twitter, saying, “I tested positive for Coronavirus.”

Along with the tweet, Larz included a video, obtained by The Daily Mail, which shows him lying in a hospital bed.

Larz’s positive test comes just days after he shared a video of himself licking the seat of toilet.

In the clip, posted on March 20, Larz is seen performing the task in a public bathroom.

“RT to spread awareness for the Coronavirus :),” the tweet read, The Daily Mail reported.

The toilet paper challenge first emerged earlier this month when TikTok user Ava Louise filmed herself licking an airplane toilet seat in a stunt she claims was meant to “troll” the media amid efforts to slow the spread of coronavirus.

Louise, who has over 23,000 followers on the platform, recently posted footage showing her quickly licking a toilet seat while seemingly aboard an airplane. Also uploaded to Twitter, Louise’s video has received over 596,000 views since it was posted on March 14.

“Please RT this so people can know how to properly be sanitary on the airplane,” Louise wrote to her followers of the video, which also included the words “coronavirus challenge.”

The video immediately triggered a reaction from those on social media, including The View host Meghan McCain, who criticized Louise’s antics.

“WTF is wrong with people? Are they so desperate for their 15 minutes of fame?” asked one user.

“That’s just gross, even without the current hysteria,” added another.

“I’m sure her parents are proud,” a Twitter user responded.

“How totally stupid,” said another person.

As of Wednesday, there are now at least 65,000 confirmed cases of coronavirus in the United States, as testing becomes more readily available.

At least 930 people in the U.S. have died from coronavirus-related illness.