Study Finds Cellphone Use In Bed Is Damaging Relationships 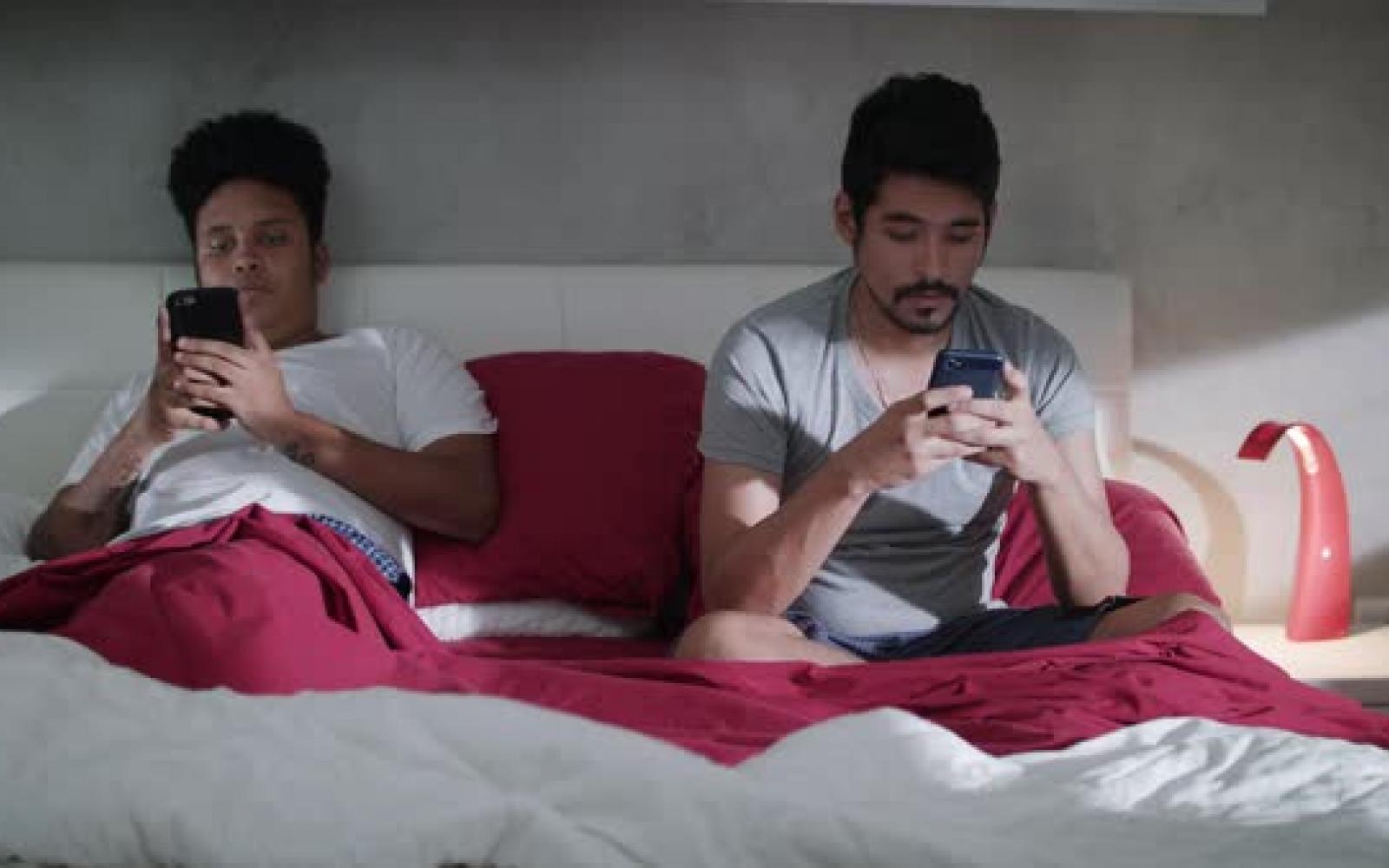 The bedroom is traditionally used for two primary purposes for adults: sleeping and romance. However, the advent of smartphones has seemingly changed that, with nearly three quarters of surveyed Americans admitting they bring their phone to bed with them. Unsurprisingly, all of that between the sheet screen time is having an adverse effect on many people’s relationships.

The survey, commissioned by global tech solutions company Asurion, polled 2,000 Americans on their phone habits, and found that people who regularly bring their phone to bed are two times more likely to use their device than engage in romantic activity with their partner during the hour before they fall asleep.

In fact, among respondents, phone time was the number one activity listed for their last hour spent awake each night. Another 25% of respondents say the last thing they see each night before closing their eyes is their phone, not their spouse or loved one.

All of that phone time is undoubtedly impacting couples’ communication patterns. Respondents spend an average of three nights per week watching separate screens while in bed. Interestingly, 55% of respondents say they realize that the are missing out on quality time with their loved ones by staring at their phone so often, and 35% even admit that their sex life has suffered.

On a positive note, one third of surveyed couples say they have at least discussed and acknowledged the need to get off their phones more often while in bed.

“The survey reveals that phones aren’t just changing how we socialize and stay connected, they’re influencing how we relate to each other in our closest relationships,” says Bettie Colombo, Asurion spokesperson, in a statement.

The survey also revealed that the average adult living with a significant other brings their phone to bed four nights per week, and spends about 40 minutes on the device each night before falling asleep.

In all, 51% of respondents say they are interested in developing a better phone-life balance in their day-to-day routines.

A few tips for getting off your phone at night:

Customize your Do Not Disturb settings to only allow important or urgent calls and notifications during the evenings and at bedtime.

Initiate ‘good-bye’ messages when texting or messaging others earlier to avoid staying up too late.
The survey was conducted by OnePoll.