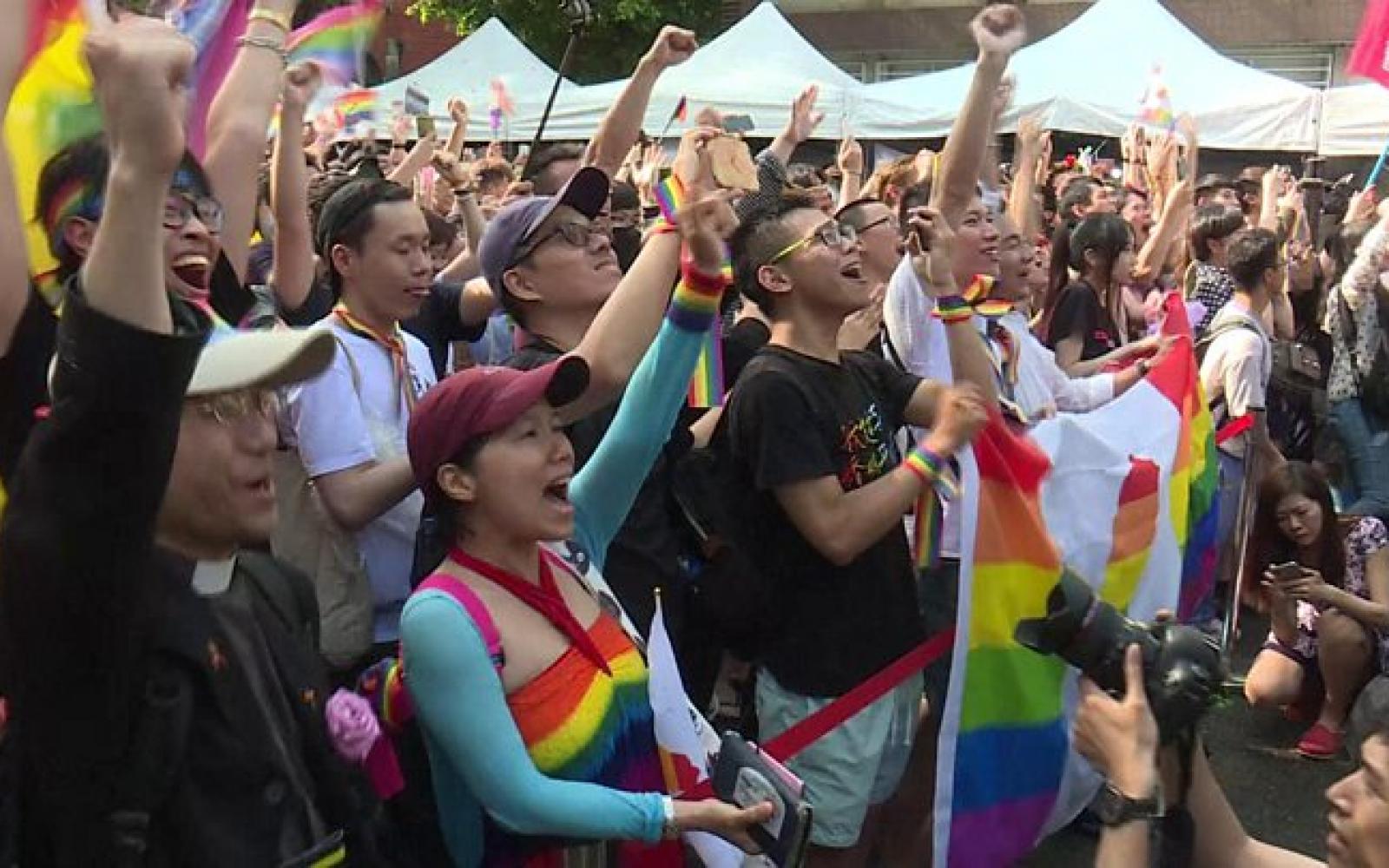 Taiwan's legislature passed a law on Friday allowing same-sex marriage, a first for Asia. The vote allows same-sex couples full legal marriage rights, including in areas such as taxes, insurance and child custody.

Taiwan's acceptance of gay and lesbian relationships began in the 1990s when leaders in today's ruling Democratic Progressive Party championed the cause to help Taiwan stand out in Asia as an open society. Although claimed by China as its own territory, Taiwan is a self-governing democracy with a vibrant civil society.

Taiwan seeks new warplanes from U.S. as tension with China mounts
Despite the spread of same-sex marriage in a few regions since 2001, gay and lesbian couples are permitted to marry in only about two dozen of the world's nearly 200 countries.

South Africa is the only country in Africa to allow same-sex marriage thus far, and more than 70 countries continue to criminalize homosexual activity.

Globally, the pace of civil rights victories has slowed against the background of a steady stream of reports of anti-gay violence and persecution.