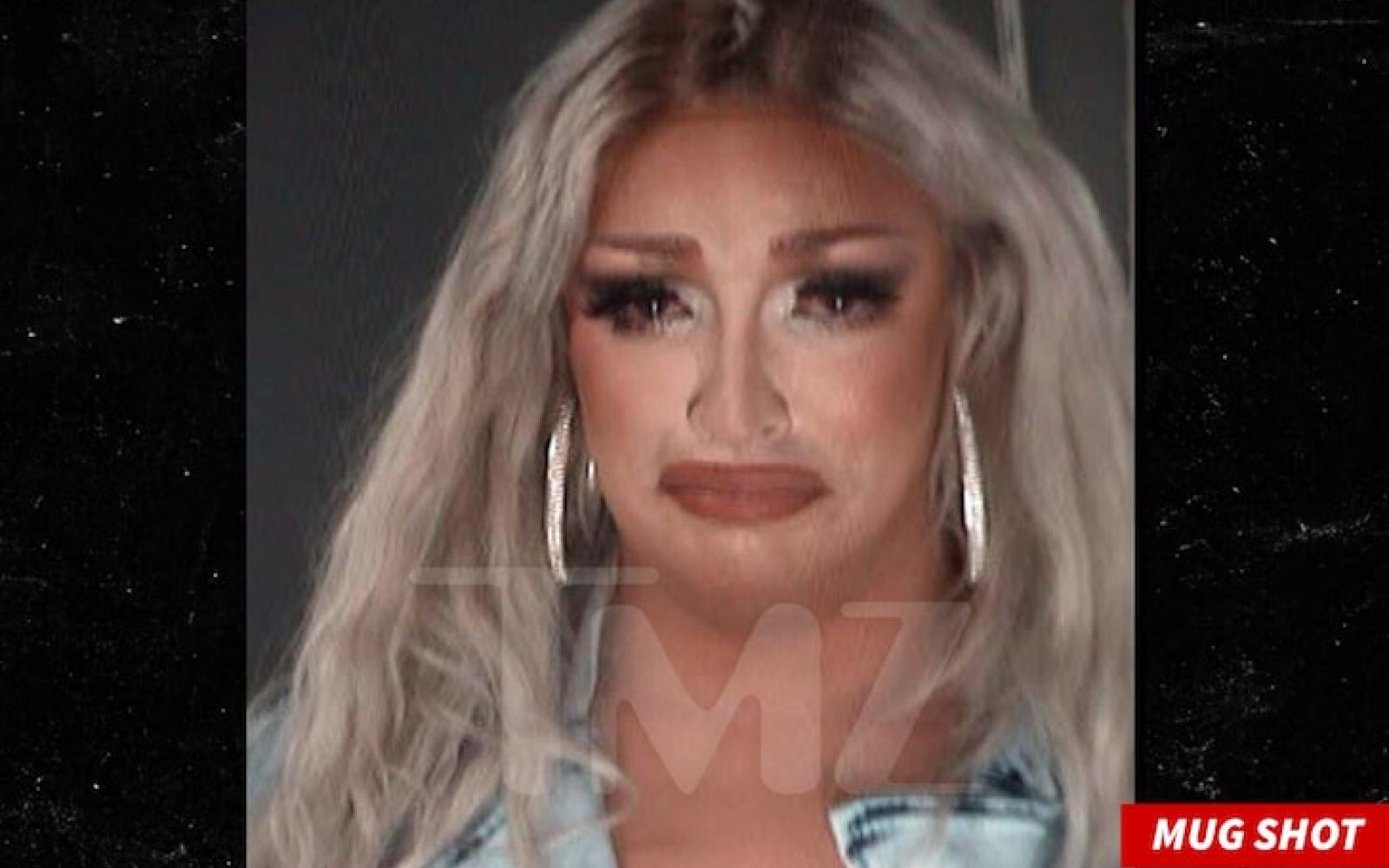 Tatianna released a statement Monday, saying, "im fine! It was a dumb situation that I wish didn't happen  but shit happens and people make mistakes. There was no violence or ridiculousness."

She continues, "I'm crying in the picture because I was scared and had never been in that position before. wish I would have just smiled."

A well-known contestant from "RuPaul's Drag Race" got busted this weekend for allegedly acting a fool -- and then posed for this epic mug shot afterward.

Joey Santolini -- AKA Tatianna of season 2 -- was arrested Sunday in Atlanta for disorderly conduct. Allow us to explain.

Law enforcement sources tell TMZ ... Tatianna was taken in by cops after she allegedly followed a nightclub employee back into the building through a door she wasn't supposed to use. According to cops, the employee had just snapped a photo with her, and after that ... he went in through an employees-only entrance.

Tatianna allegedly wanted to come in that way too, despite the employee telling her to go around the front. We're told Tatianna ignored him, and came in through the back anyway. That's when cops were called ... and things allegedly got a little outta hand.

Our sources say when officers arrived, Tatianna refused to leave peacefully after being asked ... and had to be escorted out the joint in handcuffs.

Tatianna almost went the distance on the second season of 'Drag Race' in 2010, finishing fourth out of all 12 contestants. She also came back and competed on "RuPaul's Drag Race All Stars." Tatianna went on to appear in Taylor Swift's video for "You Need to Calm Down."

She's probably best known as one of the youngest drag queens to compete on the show -- she was just 21 at the time of filming her first time around -- and became a breakout fan fave through her runs, known for her zippy catchphrases and fierce performances.