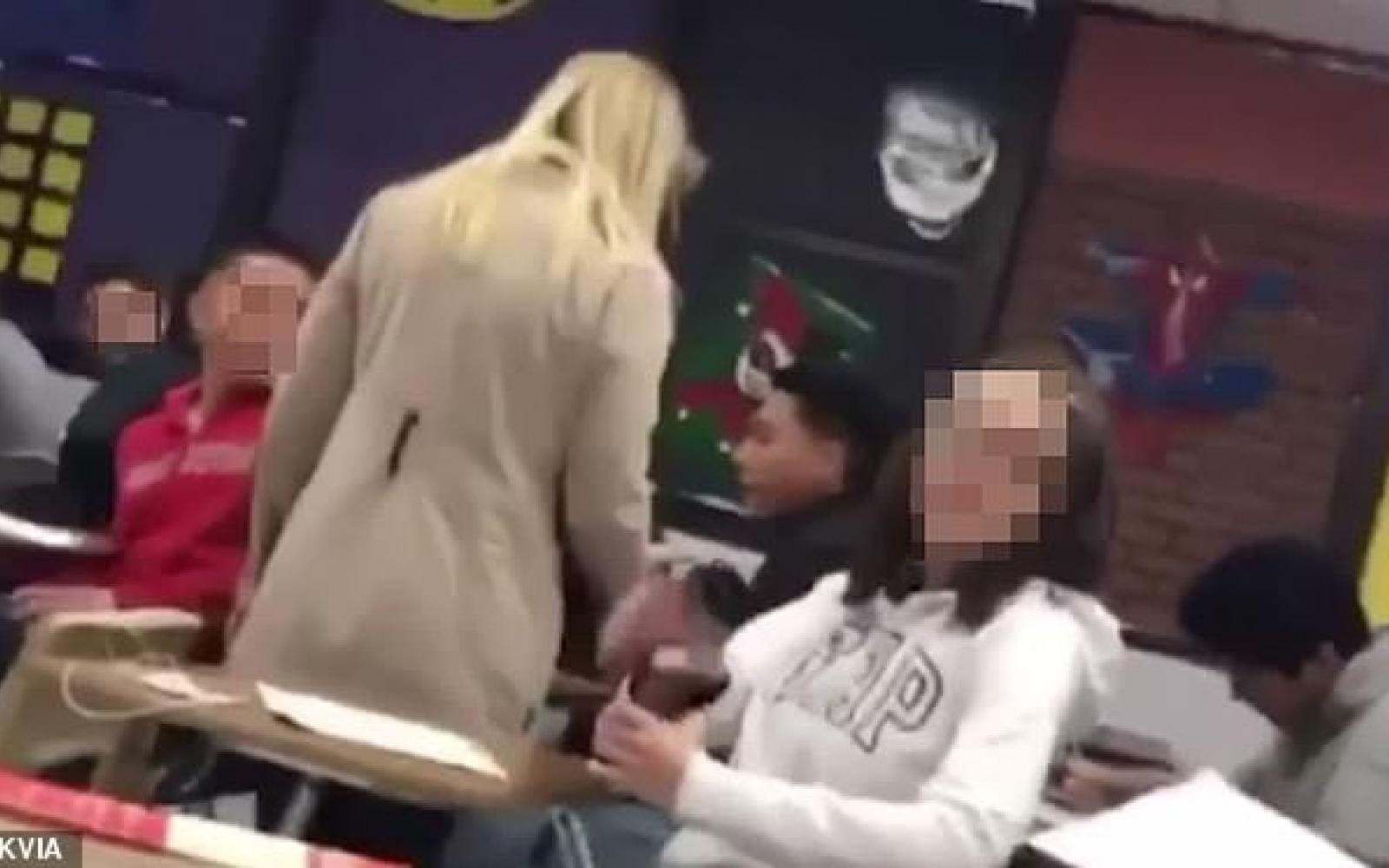 A substitute teacher at a Texas high school was caught on camera telling a Spanish-speaking student to speak English.

"Speak English. We're in America. Give me your phone."

That was the moment a substitute teacher told a Socorro High School student to speak English in the middle of a busy classroom.

The student in the video said students in the classroom were all using their phones, so he pulled his out to watch the Argentina vs. Uruguay match.

The substitute then went over to him.

"I saw that she was going to get it, so I got it too and I told her, 'No, why? ¿No, por que? And that’s when she said, ‘Talk English, we’re in America,’” said student Carlos Cobian.

Several classmates were recording the incident.

“I thought it was a little racist because you know, we live on the border and it's all Mexican, Latinos,” said Cobian.

Cobian said he had never run into this before with any teacher, staff or substitute.

Students are allowed to use phones with teacher permission, but Cobian said no other student was asked to hand over theirs.

Cobian said the substitute then asked for security, who she reportedly told he had pushed her.

He says he did not and when students shared video with security, the situation calmed down.

Cobian was pulled out of class.

The Socorro School District said: "The incident in the video is being investigated. Appropriate action, per our employee code of conduct policies, will be taken."

This is the second incident at Socorro High School to be caught on cell phone video by students in the same week.

Earlier, a teacher was seen on camera seemingly slapping a female student on her bottom. That educator is currently on paid administrative leave while the district investigates.