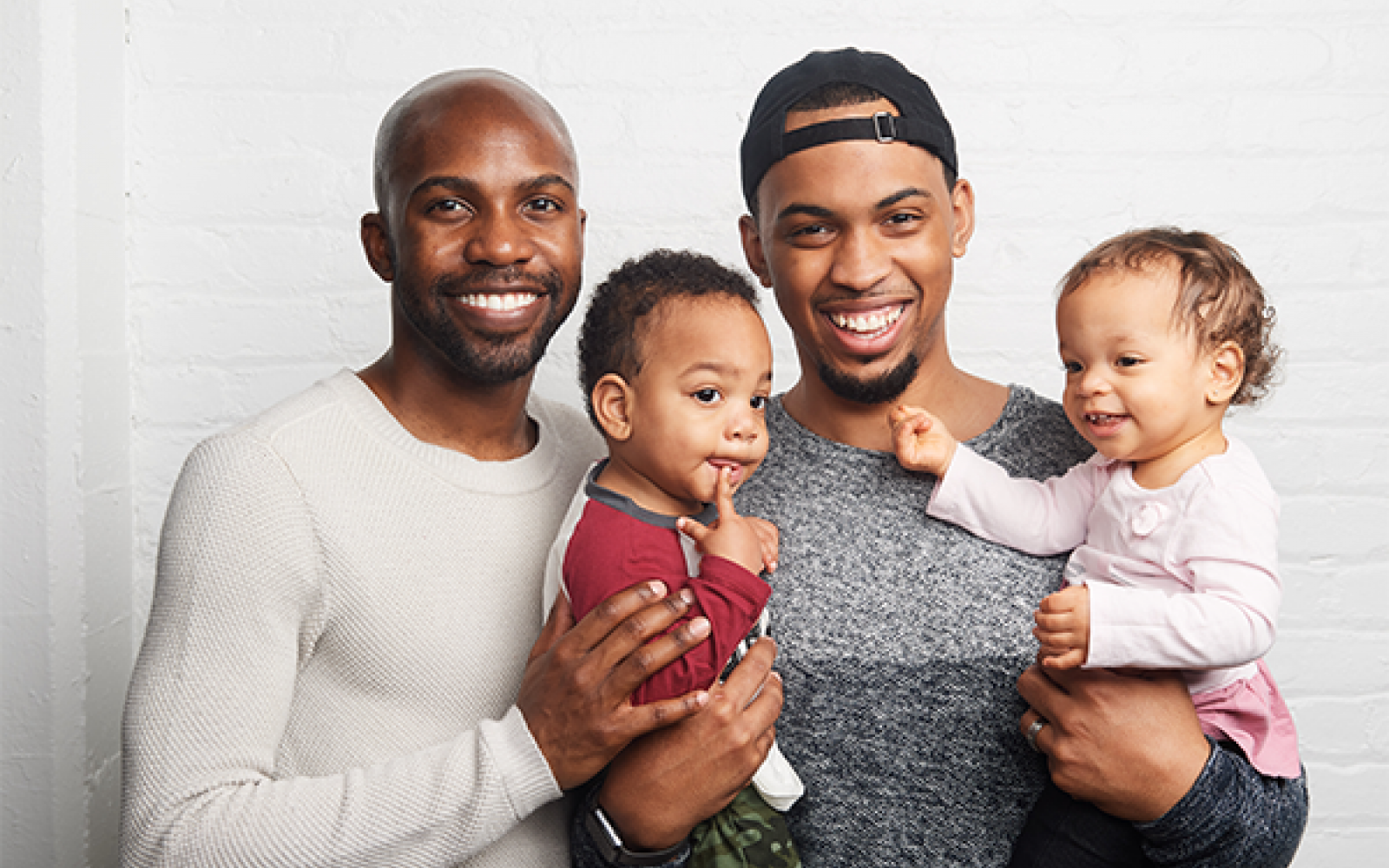 For the first time since it began airing, Wife Swap will feature a family with black gay dads.

Terrell and Jarius Joseph signed up to the reality television show that sees one family trade a spouse for a week with another family.

26-year-old Terrell works in human resources for a Fortune 500 company, while 26-year-old Jarius is a sales executive for a technology company.

The couple tried to have a baby via surrogate three years ago, but lost it in a miscarriage. Then in October 2017, Terrell and Jarius welcomed twins Ashton and Aria.

The young gay couple decided to challenge themselves and sign up for Wife Swap.

Terrell goes to live with religious couple Nina and Matt, along with their eight children.

In the trailer for the episode, Jerrell meets his new family and there’s shock amongst the kids, as they ask one another: ‘He’s the new mom?’

Meanwhile at home, there’s immediate tension between Nina and Jarius, who likes to keep the house very clean and says he doesn’t want Nina to touch his kids.

‘The biggest challenge of the show was actually Terrell leaving the kids,’ they revealed. ‘This was his first time ever being away from them since they were born.

‘I don’t think we thought it all the way through from that aspect because it was rough for him when the time came for him to leave.

The married gay couple also revealed experiencing the show was totally different to watching it on TV.

‘If you watch the show, you know you will likely get swapped with someone polar opposite of what you are used to,’ they said. ‘So while it was expected, it still came as a shock as the experience went on.

‘However, we are so blessed to have done it and hopefully share some positive light on the LGBTI community with much needed representation,’ they said.

On what the show taught them, they said: ‘The show taught us just how important the little things are we take for granted everyday. Or how we may get caught up in our day and take each other for granted.

‘When that changes, you feel your day moves a little slower and is not as exciting.’

They then joked: ‘Nobody also can make spaghetti like your husband can.’

Jarius and Terrell said they hope to be positive representation for the gay community, as well as ‘visibility to two dad households’.

‘We wanted to break the stereotype that it is not possible for same sex couples to raise children,’ they said. ‘Our children are happy, healthy, and experiencing much more than we did at that age.