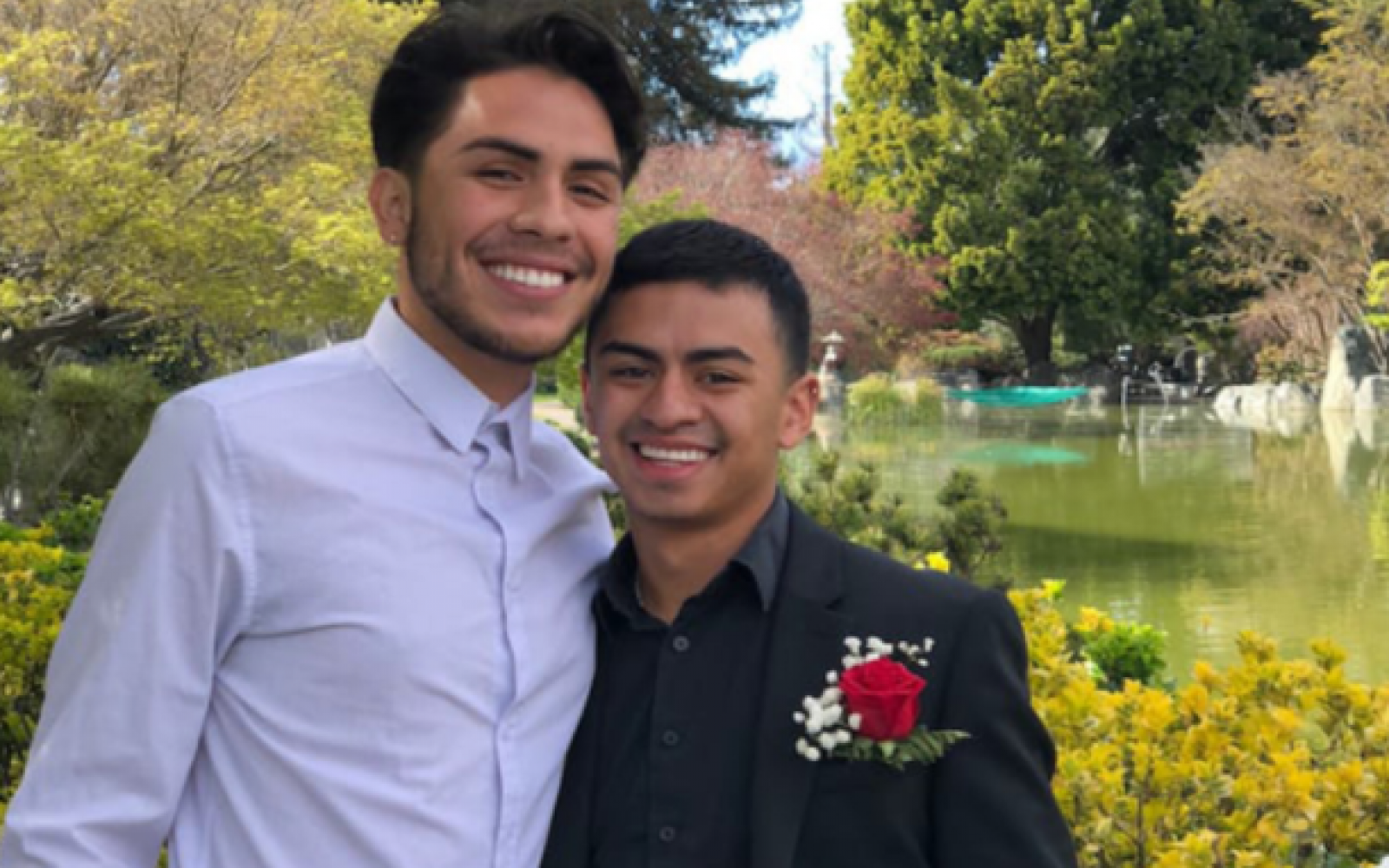 A dad has proven that unconditional love can truly exist when it comes to loving their gay sons.

A Californian teen posted a tweet, showing how powerful it can be when a dad is supportive of his gay son.

It contains a screenshot of a text message sent by a father, Louis Sr, to his son, Louis Jr, asking the son for a photo of him and his boyfriend.

It was so he could brag about them to his co-workers.

Touched by his father’s quest, he posted it to Twitter.

I just love that my dad was showing off me and Christian,’ Louis Jr told Buzzfeed News.

‘I really love the comments toward my dad,’ Louis Jr. said.

Louis Jr said one person told him, ‘Oh, I’m straight and my dad doesn’t even do this with me.’

‘It’s not even us being gay,’ he added. ‘It’s just my dad accepting who I’m in love with.’

Louis Sr appreciated the comments after the tweet went viral.

‘It makes me feel good that people are out there giving me props,’ he said.

Louis Sr. said he has always loved and supported his son. ‘Always. Ever since day one,’ he said. ‘Ever since he came out to us.’

The screenshot has thousands of retweets and more than 50,000 likes.

Louis Jr later posted another tweet praising his parents: ‘Imma take this time to appreciate the parents i have.

‘I’m beyond blessed to have been born into this life. To have parents who love my brother and I for us. Wouldn’t give it up for the world.’

So my dad shows off my boyfriend and I at work :’) pic.twitter.com/lQcQcRitxI