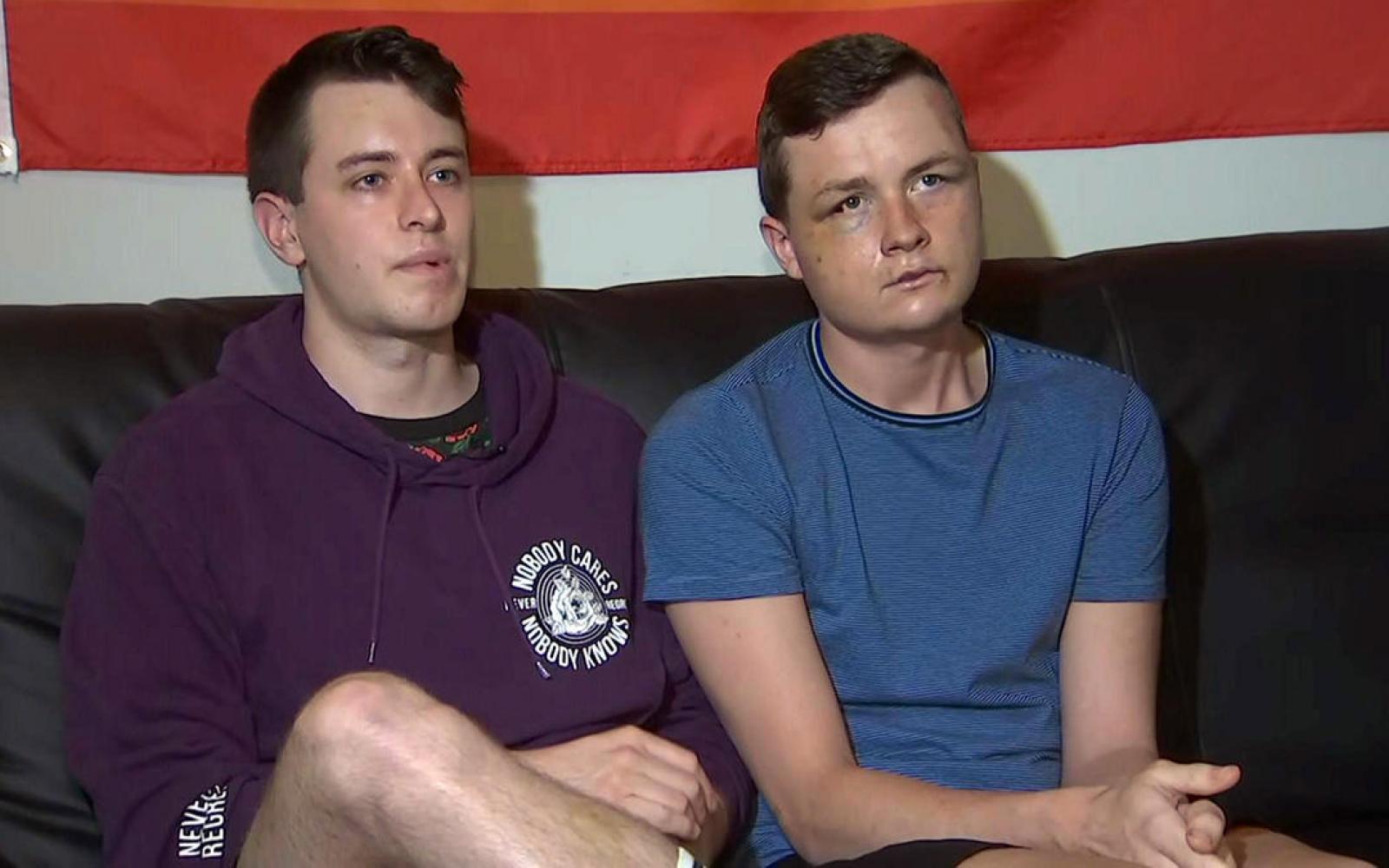 Carl Craven describes the split second in which a quiet moment with his boyfriend, Braden Brecht, turned into a blur of pain fueled by hatred.

Both remember hearing an anti-gay epithet assault their ears as a man began beating Brecht, and others joined in.

"This is such a vivid image; I just saw like 10 guys just beating him," Craven recalled. "And so, instinctively I just jumped on top of him and tried to shield him and was shouting, 'Help, help, help!'"

The attack happened on U Street NW near Nellie's Sports Bar on Sunday morning. Both men were also robbed.

Brecht, 21, was taken to a hospital by ambulance and treated in the emergency room. That bill alone is in the thousands of dollars. He doesn't have health insurance and may need more treatment.

"It hurts where I got hit, at the beginning right here," Brecht said, clutching the back of his neck.

Craven, who's in D.C. for an internship, set up a GoFundMe page to help with Brecht's expenses. The page has already exceeded its $10,000 goal. People have reached out from across the District and across the country.

The couple had moved here just a month ago for Craven's internship. Both have been thinking about what comes next, and whether their future is still here in D.C.

"Right now we're deciding whether or not we want to stay, because we're not sure," Craven said.

D.C. police have made three arrests. A 19-year-old man and two younger teens are facing charges that include hate crimes.