T.I. Claims He Was Just Joking About Checking His Daughters Hymen During Red Table Talk 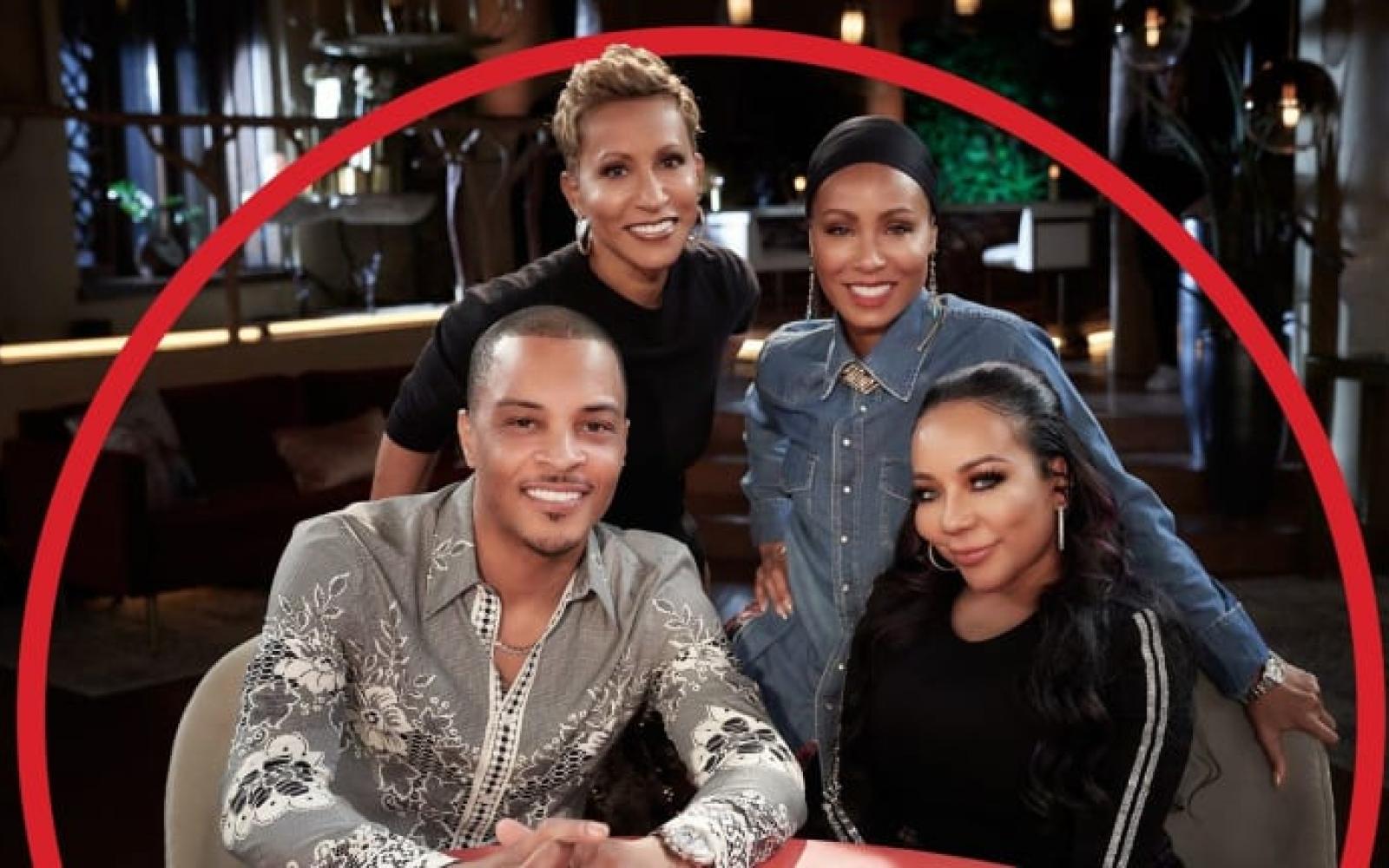 T.I. is ready to discuss what he revealed about keeping tabs on his daughter's virginity -- and he's doing it with the best in the biz for this type of thing ... Jada Pinkett Smith.

The rapper and his wife, Tiny, sat down with Jada, and her mom Adrienne, for a 'Red Table Talk' Monday to chat about what T.I. dished on the "Ladies Like Us" podcast a couple weeks ago, where he said he tags along with his now 18-year-old, Deyjah, to the gynecologist each year ... supposedly for the sole purpose of ensuring her hymen isn't broken.

Jada and co. grilled him pretty hard about it on their new episode, and they got right into what T.I. dubbed "hymengate." Diving in, T.I. says what he shared was totally misconstrued -- especially when it comes to deets he says he never actually spoke himself.

For example, T.I. says he never said he was in the room when Deyjah was getting these procedures done -- he was simply privy to the results. T.I. also clarifies that they only did this on a couple occasions, when Deyjah was 15 or 16 years old. It ain't still happening.

Further, T.I. says Tiny was there with him during these checkups -- and more importantly ... he wasn't doing any of this out of malice, but just from a place of love and protection.

Jada and Adrienne, explained why some might've perceived his actions as super controlling -- and even suggested a mother, not a father, should guide a daughter through their sexual journey.

T.I. stuck to his guns, saying he wants to shelter his daughter. He also made the argument that in a day and age when black women are often discarded by their families and society, T.I. insists he wanted the opposite for his fam.

It should also be noted that T.I. said his daughter was only upset with him for revealing their family business, and it sounds like she's the one who encouraged him to address it again.

FWIW, T.I.'s original argument for doing this was he was exercising his right as a parent to raise his kids how he wanted. He also argued he was looking out for Deyjah's best interest -- something he says more people wish their folks did growing up.

At the time, 'LLU' hosts Nazanin and Nadia chuckled along with T.I. as he recounted this story ... but later got serious in a statement. They said that their laughter in no way undermined their true feelings of support for women's autonomy over their bodies.

T.I. himself had been pretty tight-lipped since the podcast and ensuing backlash ... until his comments to Jada.