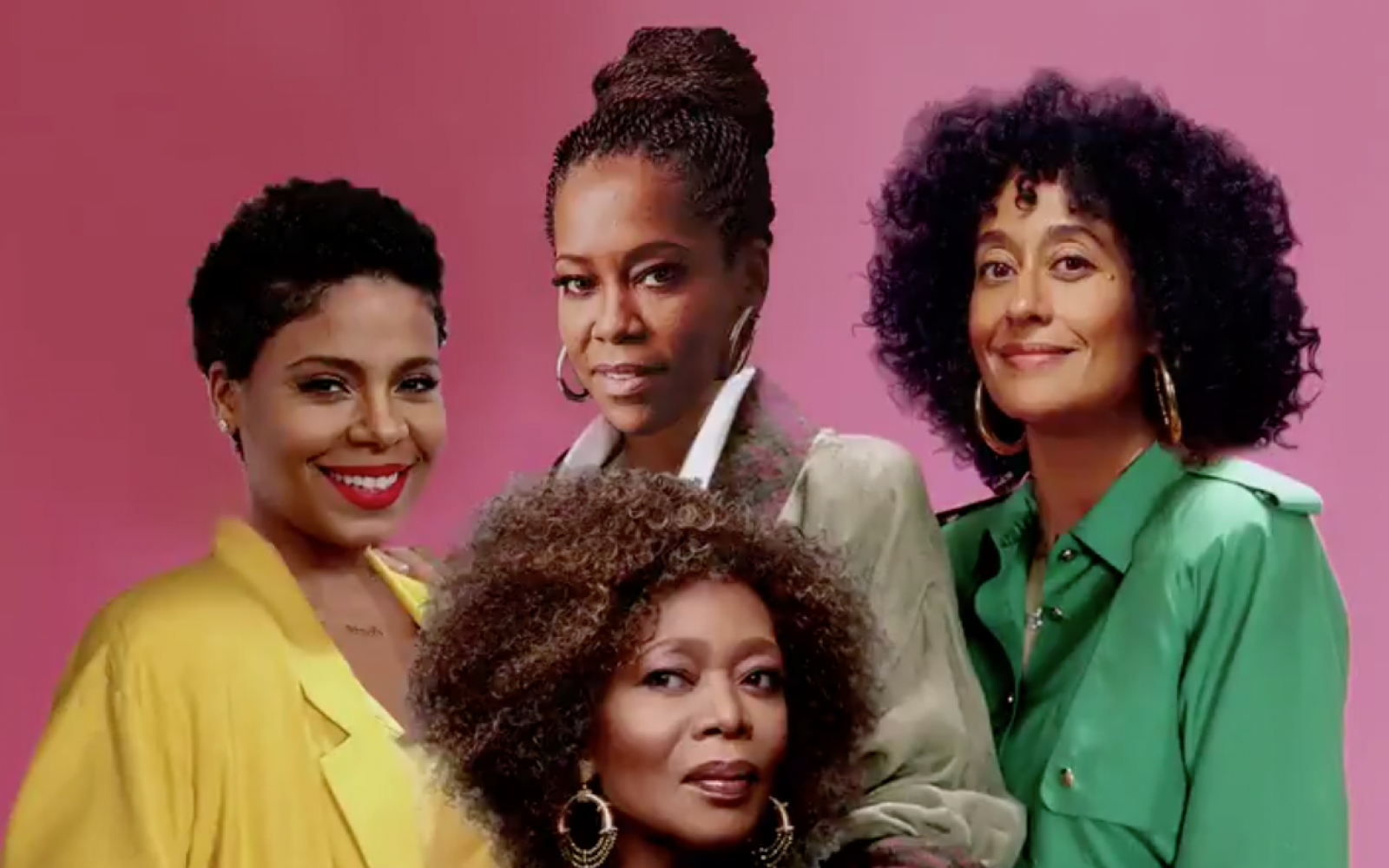 The actresses announced Sunday that they will be joining The Golden Girls, or a rendition of it featuring an all-Black cast. The black-ish star shared a short video of herself, Regina King, Alfre Woodard, and Sanaa Latha photoshopped over the original cast of the beloved comedy.

Based on the image, it seems Ross will be portraying Rose, King will play Dorothy, Woodard will be Sophia, while Lathan is set to embody Blanche. Their roles were originally played by Betty White, Bea Arthur, Estelle Getty, and Rue McClanahan, respectively.

Set for 6 p.m ET/PT on Tuesday, the virtual watch party kicks off the series Zoom Where It Happens, in partnership with the popular video conferencing platform. The Old Guard director Gina Prince-Bythewood will helm the episode while Lena Waithe hosts, and the event will also spotlight the civil rights organization Color of Change. Fans can tune in for free as long as they register ahead of time.

It's not clear yet if the actresses will reenact an existing episode of the sitcom, or if they'll act out new material. Either way, it sounds more fun than any other Tuesday night plans you have during the pandemic, so get ready to grab a snack and get some of The Golden Girls' trademark snark.