Traffic Stop Leaves Man Being Paralyzed From The Waist Down 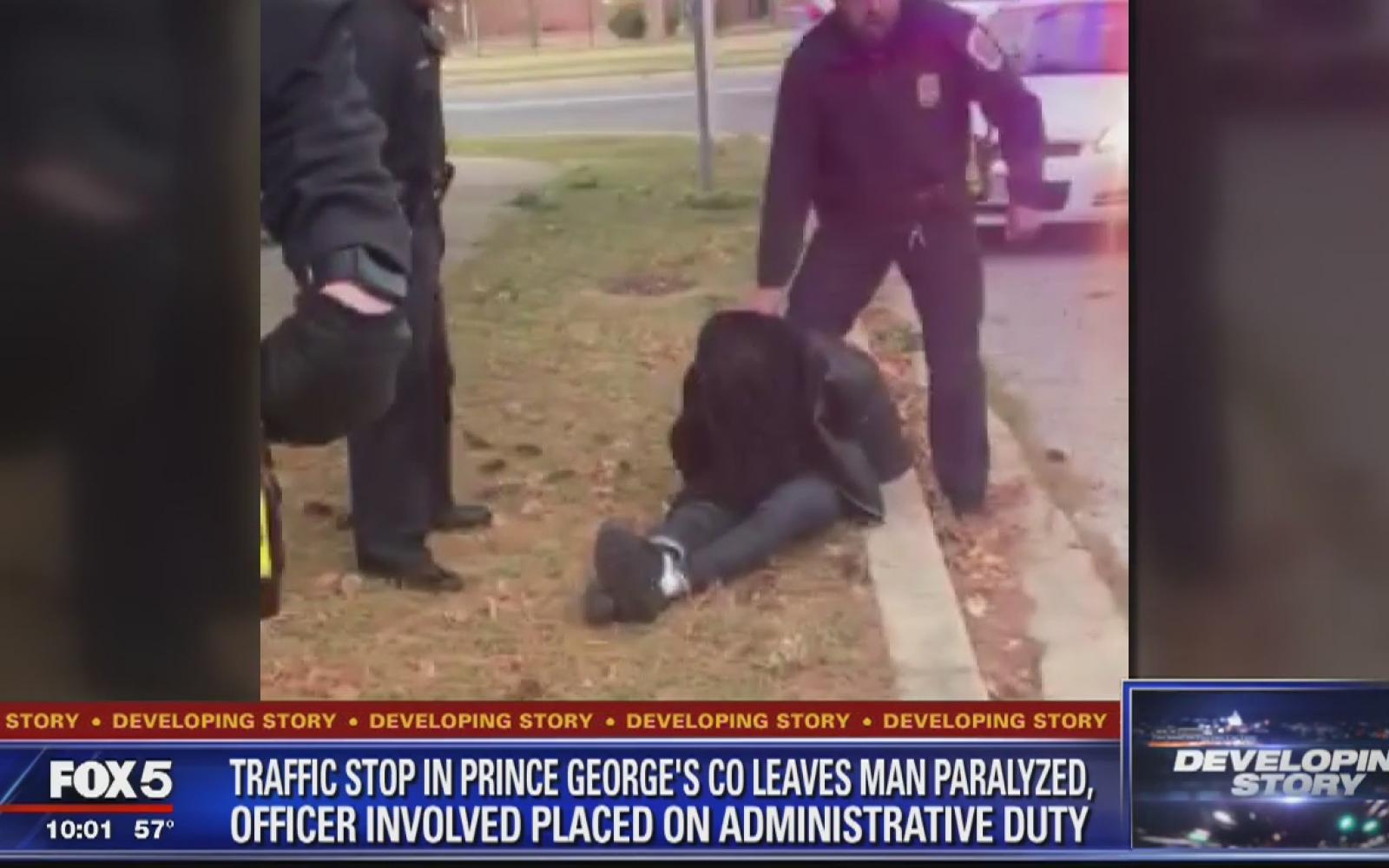 A 24-year-old man was left partially paralyzed as a result of injuries he suffered when Prince George's County police were arresting him during a traffic stop, his family said.

The man, identified by relatives as Demonte Ward-Blake, was in the hospital, paralyzed from the waist down, they said. He suffered injuries to his spinal cord and a broken nose.

During a press conference Saturday, county officials said they've launched a “comprehensive investigation” of the incident. Police Chief Hank Stawinski said that, so far, he believes no information suggests the officers involved intended to harm the man.

“Either from the internal investigation thus far, from independent witnesses that we’ve talked to, or from anything that’s been offered, whether that be testimony or video”, he said. “[I have] no information that leads me to believe that these acts were malicious.”

“I have no information that leads me to believe that this was anything other than a horrible, horrible accident.”

County Executive Angela Alsobrooks also spoke at the press conference and said they were "deeply concerned about what happened in this situation."

The Prince George's County Police Department said Friday the incident began when a patrol officer pulled over a car with expired tags about 5:35 p.m. Thursday in the 4700 block of Wheeler Road, a residential area in Oxon Hill.

Activists Demand All Prince George's Officers Wear Body Cams
The officer smelled marijuana coming from the car and saw a child, about 6-years-old, sitting in the back seat, police said. The driver allegedly told the officer he had smoked earlier in the day and he was driving with a learner's permit.

As the officer checked for the car's vehicle identification number, the driver allegedly became angry and reached for the center console, PGCPD spokeswoman Jennifer Donelan said. The officer called for backup and commanded the driver to keep his hands on the wheel.

Two additional officers arrived and helped put the man in handcuffs. When they tried to search him, he allegedly struck an officer in the head with his elbow and tried to run away. That's when one of the officers did a "takedown procedure" to stop him from fleeing, Donelan said.

Donelan said Friday the man had been in surgery all day and he was expected to survive. She said she had no information on the specific injury the man suffered, only that officers saw him fall on his neck and his injury could be "potentially critical."

Police said they found a knife in the center console and about 30 grams of marijuana. A warrant was issued for his arrest.

Stawinski said Saturday the Department's policies and procedures willl be reviewed to ensure incidents like this don't happen again.

"It doesn't matter how someone comes into our custody, this is not an acceptable outcome", he said.

Renee Ward said her son, Ward-Blake, had picked up his girlfriend's 6-year-old daughter at school and was bringing her home when he was stopped by police on Wheeler Road. Ward said Ward-Blake underwent surgery at a trauma center in Baltimore.

No Foul Play in Deaths of American Tourists, FBI Finds
The child was turned over to another adult who was called to the scene.

The officers were not wearing body cameras at the time and the arrest took place outside of dashcam view, Donelan said.

An officer was placed on administrative leave for his involvement in the struggle, officials said. His identity was not released. The department launched an internal investigation into the case.

Court records show Ward-Blake was convicted of first-degree assault stemming from a 2016 incident. He was found not guilty of gun charges connected to the same incident.