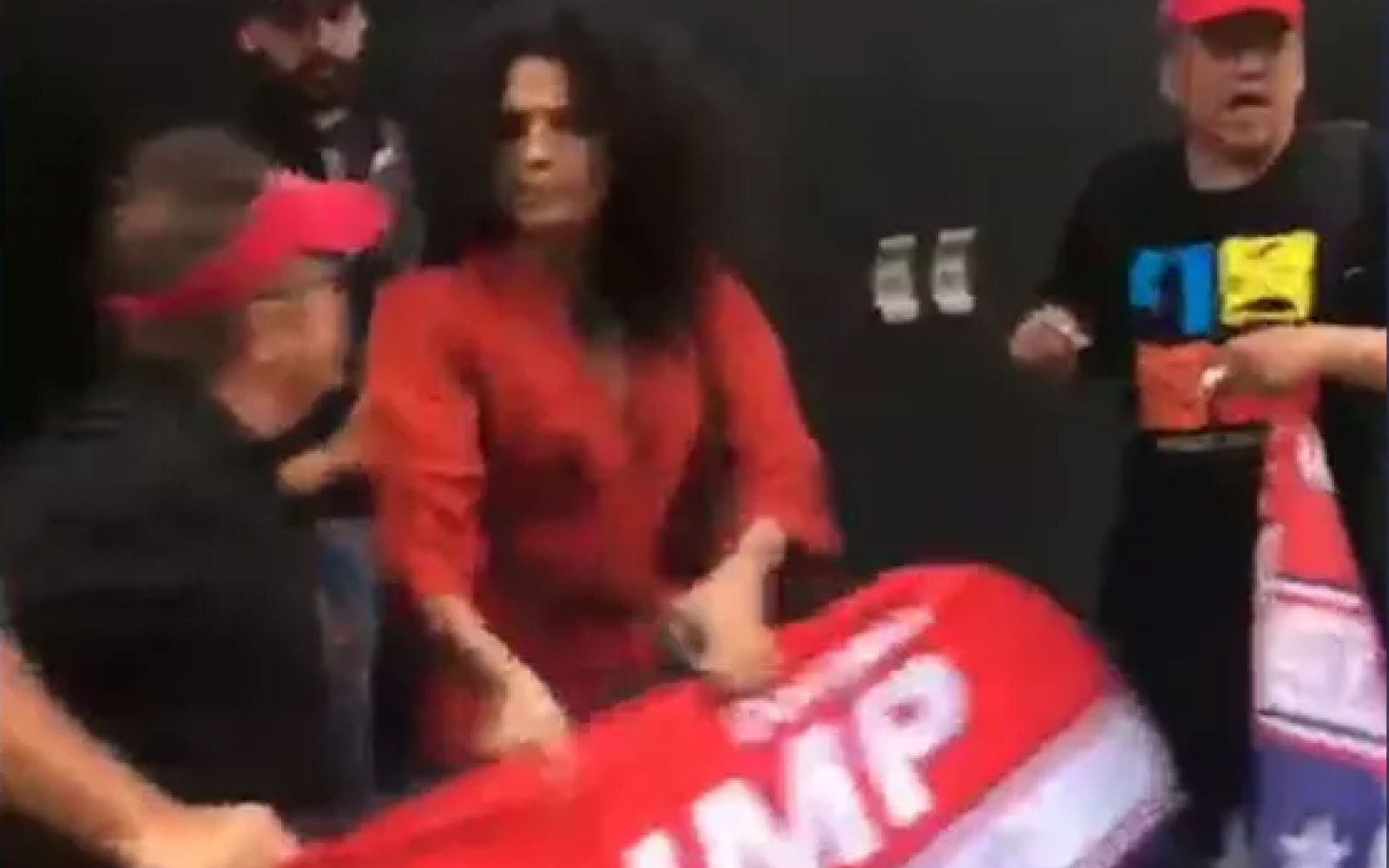 Actor Indya Moore was assaulted by a Trump supporter, and someone posted video of it online.

Moore, best known for their work in the role of Angel Evangelista in Pose, was in New York City when they got into an argument with a Trump supporter outside of the studio where they’re filming.

The video starts where Moore is taking the Trump supporter’s sign away. The altercation likely started earlier, since they say, “Well, you guys aren’t fans of our show, and we don’t want you to be fans of our show.”

A white man pulls the sign from Moore and shoves them away. He also shoves away a Black bystander while shouting “Get off my stuff!” and “Get the fuck out of here!”

The Trump supporter pushes the second bystander and shouts “Get off my shit!” The police intervene at this point.