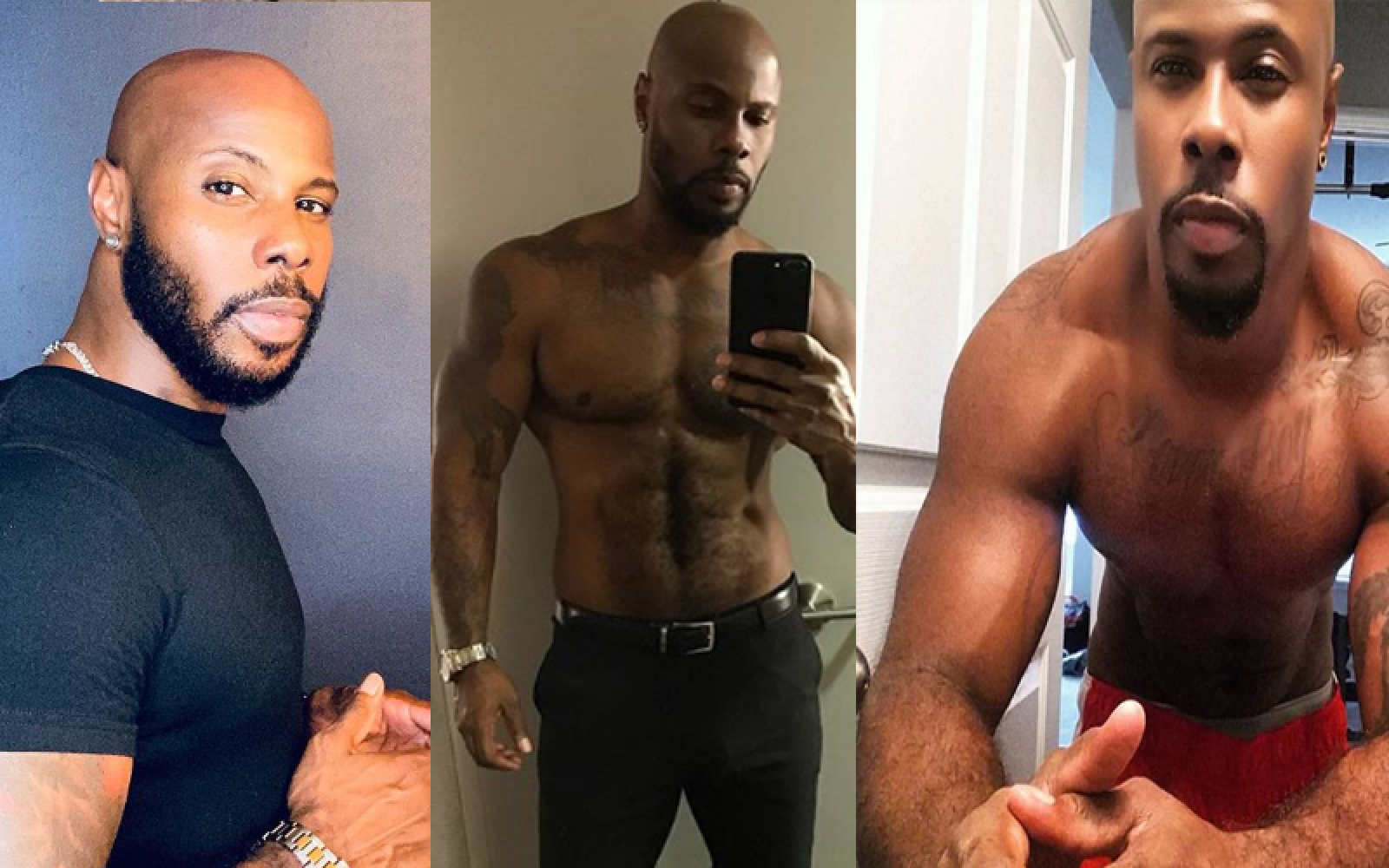 So we were watching Disclosure an amazing documentary on Netflix about the history of trans people in tv/film and this fine a$$ man flashes across our screen.  We've talked about gay men being attracted to trans men in depth on this site before and have definitely seen some trans guys who could get it, but BAYBEE Marquise Vilsón Balenciaga is on another level of sexy.   He's also smart, funny, and a long time advocate for trans rights so we have no choice but to stan.  He's the perfect person to launch our New Trans Crush Thursdays.

Marquise  is 39 years old and in addition to being an activist he's an actor.. He is also a long-standing member, participant and leader in New York’s ballroom scene.

As an actor his first credit was in a critically-acclaimed episode of Law & Order: SVU. The episode dealt with the experiences and difficulties of transgender people in the US military.

He made his New York stage debut Off-Broadway as Berta in MCC Theatre’s CHARM, and his feature film debut as Leon in Peter Hedges’ Ben Is Back opposite Lucas Hedges.

He's also a fierce advocate for trans rights. In 2011, Vilson received the Eric Christian Bazaar Award, honoring his work as a Sexual Health Coordinator with the Safe Horizons Streetwork Project; where he provided (pre/post) counseling and testing services for those with HIV, targeting homeless and/or LGBTQ+ youth in New York City. In 2018 he received the Octavia St. Laurent Trans Activist Award, the Masquerade Blue Print Award and was acknowledged as a Transman ICON.

GC2B said of Marquise "As an out Black trans man, Mr. Vilson has been a force for his community, as he has inspired those following in his footsteps in both acting and advocacy spaces. Throughout his career, he has provided his community and mainstream media with a positive representation of the Black transmasculine experience. Mr. Vilson is not only a role model for young Black trans men, but he is also a master of using his artistic expression to further promote advocacy and activism that is fighting for the rights and equity of LGBTQ+ and people of color! Thank you Mr. Vilson for all that you do!"

Check him on out on IG @marquisevilson.