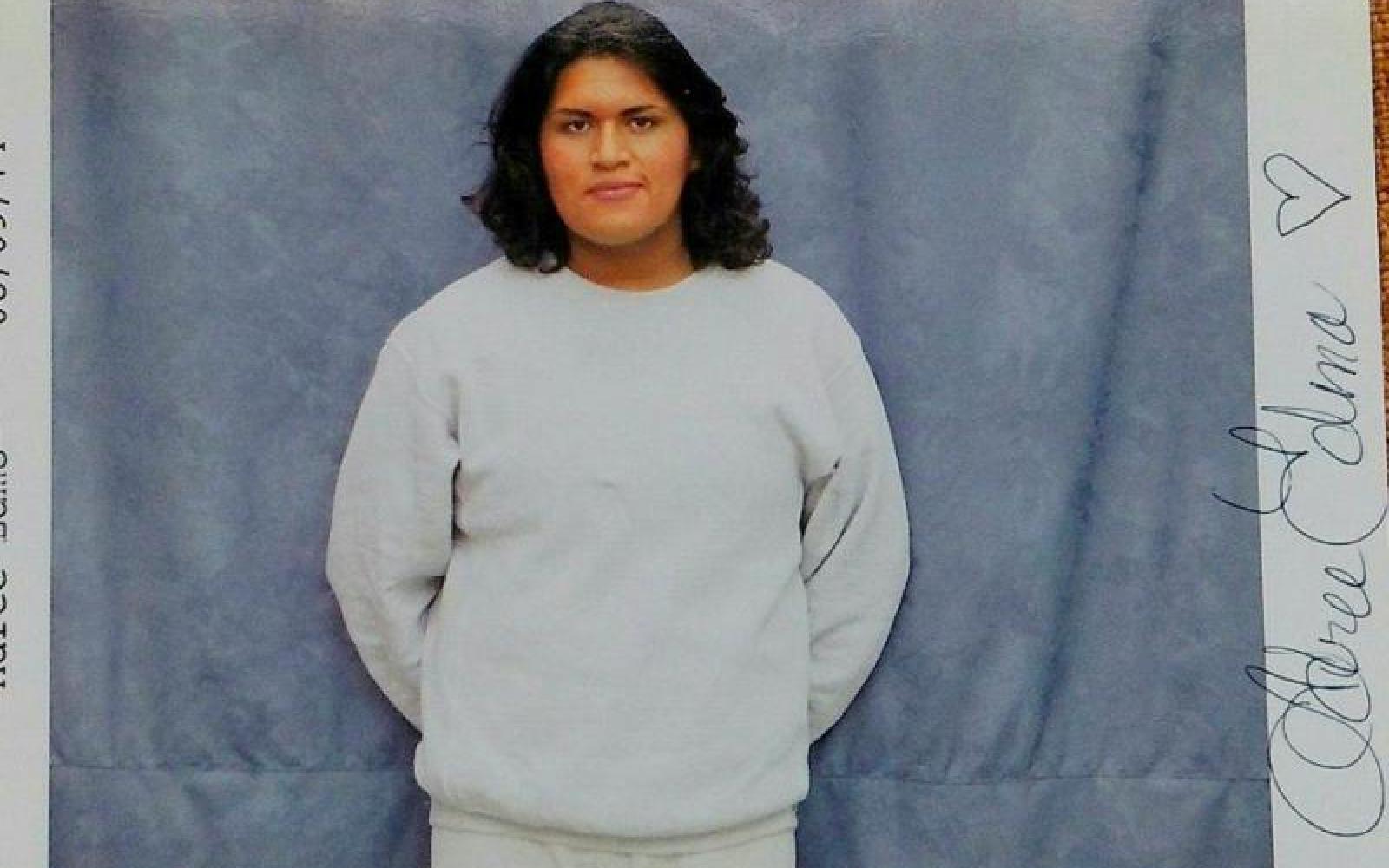 In July, a transgender woman in Idaho will make history.

Adree Edmo will become the first trans inmate in the nation to receive gender confirmation surgery through a court order. Edmo’s legal case went all the way to the U.S. Supreme Court, and now, a ruling in her favor stands as precedent in the 9th Circuit.

Last week, Edmo got a call from her lead attorney, Lori Rifkin, with big news: In a 7-2 decision, the Supreme Court rejected the state of Idaho’s request to put her gender confirmation surgery on hold.

“She just said, ‘Oh my God. I can’t believe it. I’m shaking,'” Rifkin recalled. “It was a combination of immense relief and tears.”

Edmo is a trans woman with gender dysphoria, a condition where a person experiences significant stress over being born in a body that doesn’t match their gender identity. She’s held in an all-male prison in Idaho, on charges of sexually abusing a 15-year-old when she was 22.

Twice Edmo tried to castrate herself with a razor in prison, and asked to be treated with gender confirmation surgery. When prison doctors said that wasn’t medically necessary, Edmo sued, and she won – first in federal district court, and then in the 9th Circuit Court of Appeals.

The 9th Circuit Court opinion agreed with a lower federal court ruling issued in December 2018 by Judge B. Lynn Winmill of Idaho, who said the “responsible prison officials were deliberately indifferent to Edmo’s gender dysphoria, in violation of the Eighth Amendment.” The panel of three judges ruled that denying her the surgery amounts to cruel and unusual punishment.

The legal battle lasted almost two years, but the Supreme Court’s refusal to grant Idaho’s request for a stay gives Edmo some certainty.

“It means her surgery can go forward,” said Sasha Samberg-Champion, a Washington D.C.-based attorney with the civil rights firm Relman-Colfax. “There is nothing stopping it.”

Samberg-Champion believes Edmo’s case is significant – and not just to Edmo.

“What it says is that the majority of the Supreme Court doesn’t appear to be interested in stopping lower courts if they want to find that trans prisoners have the right to gender confirming surgery,” he said.

In the nine Western states and two territories that make up the 9th Circuit’s jurisdiction, “this is a settled law,” said Josh Blackman, a constitutional law professor at the South Texas College of Law Houston.

That doesn’t mean that there will be a sudden stampede of trans inmates getting gender confirmation surgery. Doctors will still have to determine whether it’s medically necessary in each individual case.

Edmo’s lawsuit was controversial in part because she’s an inmate. Even in the transgender community some question whether taxpayers should pay for her surgery.

“I wouldn’t be honest if I said that I wasn’t one of those people,” said Brandon Connolly, a trans man in Twin Falls, Idaho. “Like, what the heck? My health insurance doesn’t cover my gender affirming care. But she gets it because she’s in prison?”

But the more Connolly learned about Edmo’s case, and her repeated castration attempts, Edmo’s story reminded him of his own struggles with gender dysphoria, and feeling alone and desperate.

Connolly says he now supports Edmo and is celebrating that she will get her surgery.

But the state of Idaho still wants to fight it. Technically, its petition appealing Edmo’s case remains before the Supreme Court. But it’s unlikely that the justices would hear the case now that the court rejected Idaho’s stay application.

Lori Rifkin, Edmo’s attorney, said inmates like Edmo deserve to be provided medical care that aligns with the evolving understanding of conditions such as gender dysphoria.

“As our understanding of that grows, so too do we understand our obligations to people, including people in prison, to be treated with dignity and as human,” Rifkin said. “And part of that is giving people necessary medical care when they’re suffering.”

Edmo is currently receiving pre-surgical treatment, and surgery is slated for early July. She is scheduled for release in July 2021.