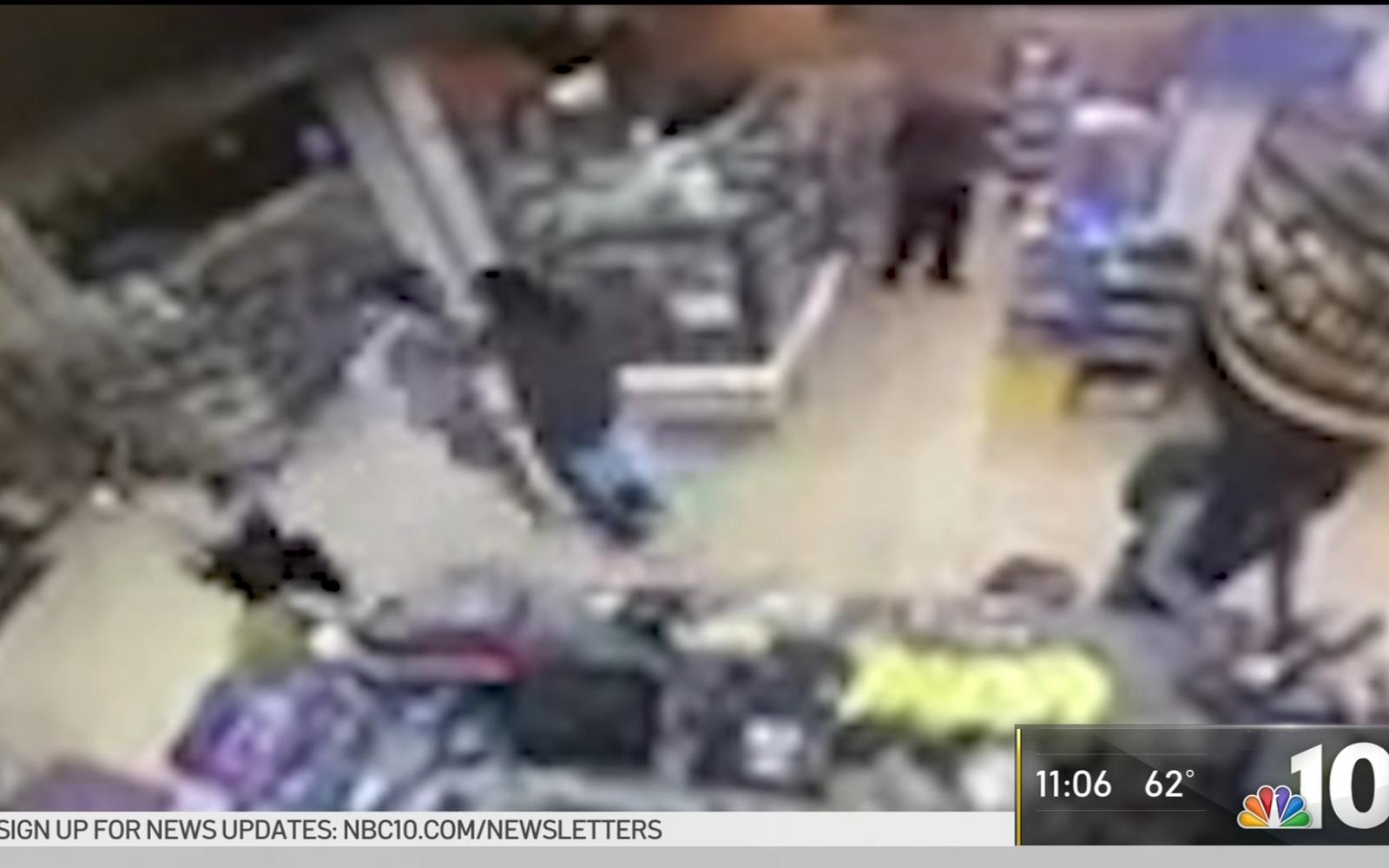 A transgender man was attacked by two assailants Sunday night inside a Philadelphia 7-Eleven, according to his family.

The man stopped in the store around 9 p.m. after OutFest, an annual block party celebrating the city’s LGBTQ community.

Video surveillance footage from inside the gas station shows the 30-year-old being repeatedly punched and thrown onto the ground. Two of the victim’s sisters, who did not want to be identified, told WCAU, NBC’s local Philadelphia affiliate, that their brother was kicked in the head multiple times.

The victim was wearing a “Trans Lives Matter” sweatshirt, which his family believes may have caused the ambush.

“I’m very hurt that my brother is sitting very hurt with a broken jaw, eyes messed up and nobody helped him,” one sister said. “I just want the people to get caught.”

One worker who claimed he was at the store at the time of the incident told WCAU that he wasn’t sure how the altercation began.

The family said they reported the incident to the police, however the Philadelphia Police Department denied NBC News’ request for information regarding whether it planned to open an investigation into the incident.