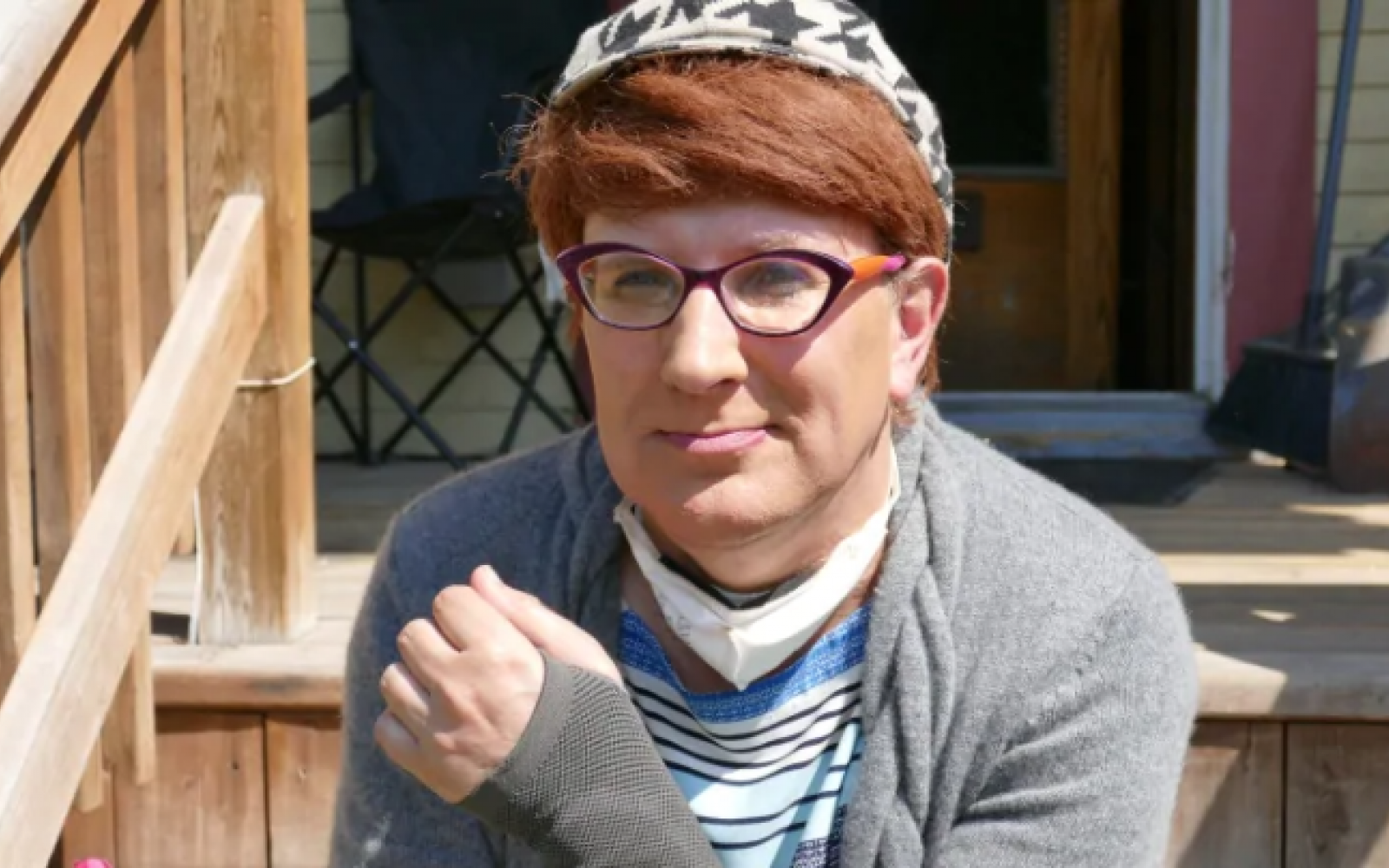 Lara Rae, 56, was at the downtown Winnipeg mall to get medication on Monday afternoon and went to the washroom near the food court to wash her hands and put on lipstick. Rae, a transgender woman, says she goes to the mall often.

She said two women blocking the entrance accosted her.

"They were both highly intoxicated, and one of them started screaming and abusing and misgendering me," said Rae, a well-known comedian and writer who co-founded the Winnipeg Comedy Festival.

She previously had a similar experience in the same bathroom. In that instance, she said she presented her ID to show she's a woman.

"I wasn't sure it was going to work in this case, but when I tried to give the woman my licence, she basically karate chopped my hand and caused this injury."

At that point, one of the women called out to a man coming out of the washroom, who was with them, to "beat up" Rae.

"He gets in my face, and you know, tries to intimidate me and stare me down. For whatever reason, I kind of see a change in his eyes and he cuts his losses and he just turns and leaves," Rae said.

Mall security showed up, but the woman continued to scream at Rae, she said.

"Nobody had the training to suggest that this may be a continuation of the abuse and violence against me," Rae said.

"So I just had to stand there and listen to her continue to scream and not one of them thought, 'Maybe you should shut up and stop misgendering this woman and further traumatizing her,' because it doesn't even enter their heads. We are just treated like garbage, my community. I'm sick of it."

The women and man then left the mall, Rae said.

Winnipeg Police Service officers were called to the mall and spoke with Rae. Police spokesperson Const. Rob Carver said the investigation is ongoing, and no arrests have been made yet.