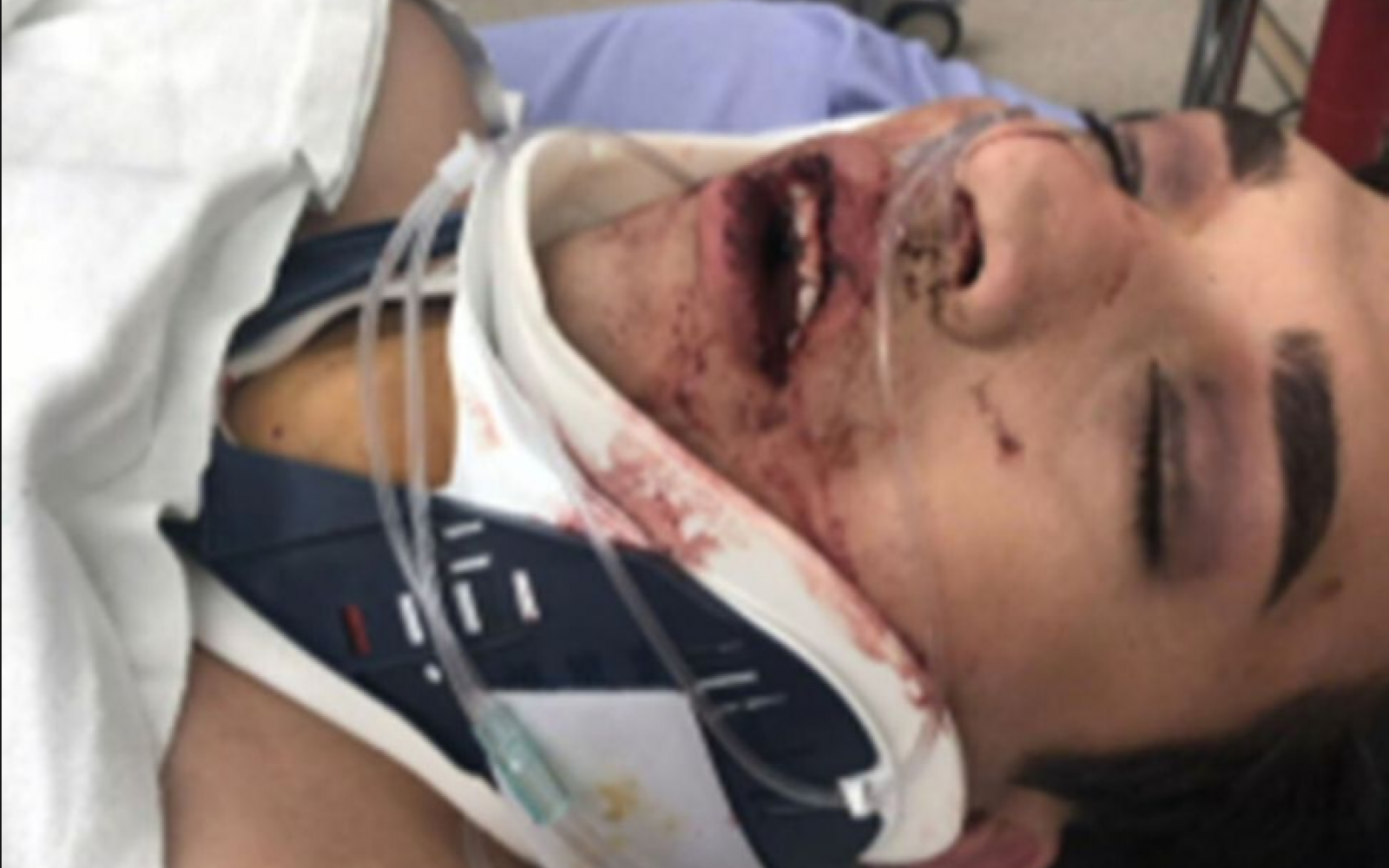 A transgender woman, who was attacked outside a bar and “left to die”, is saddened that nobody came to help her.

Horrific pictures show how the assault left Amber Nicole bloodied and beaten, with a broken jaw and busted face.

In an emotional interview with CBS Denver, the victim described being covered in blood from the attack which happened outside the Lodo in Denver, in the early hours of last Sunday morning.

“We’re just out trying to live our lives and have fun with our peers, and people just can’t seem to see us that way,” she said during the interview, through a wired jaw.

Two-year-old 'punched in the head, rammed with trolley' at Kmart

‘Too lazy to walk to the door’: Posties slammed by furious residents over sneaky behaviour

Ms Nicole also reportedly suffered nerve damage which has paralysed the right side of her face.

“There was so much people who could see an incident and stop it, or do something about it or make a report about it but nobody does and I don’t understand why,” she said through tears.

Her mother, Juls Martinez, told CBS she feared her daughter would not wake up after the assault and is baffled why someone would do such a thing.

Doctors do not yet know if Ms Nicole will fully recover. Friends have started a GoFundMe page to help with medical expenses.

“Amber Nicole is a beloved trans performer and Denver socialite with a heart of gold,” organisers of the fundraiser wrote.

They said she was “brutally attacked and left to die”.

“This hate crime has shaken Amber and her closest friends and family. It should shake the entire community. We MUST stand for our trans sister.”

The police are appealing for witnesses of the incident to come forward as they try to catch the person responsible.