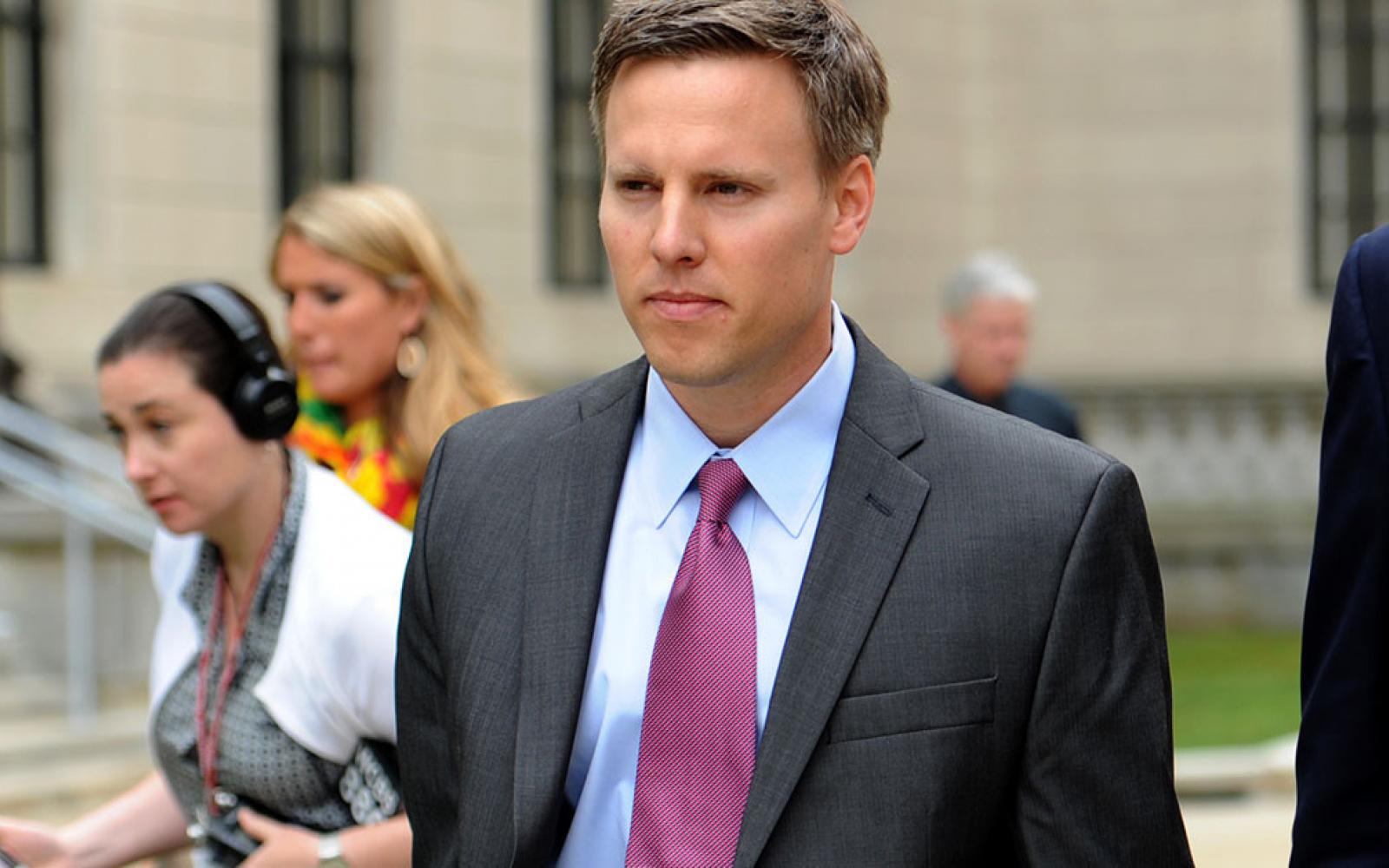 Bill Stepien received his diagnosis Friday evening and was experiencing what one senior campaign official described as “mild flu-like symptoms.” People familiar with the situation said the 42-year-old Stepien plans to quarantine until he recovers.

Deputy Campaign Manager Justin Clark is expected to oversee the Trump team’s Arlington, Va. headquarters while Stepien works remotely, though advisers stressed that he would maintain control of the campaign.

Stepien’s disclosure means the two heads of the president’s political apparatus have now contracted the coronavirus: RNC Chairwoman Ronna McDaniel announced earlier Friday that she, too, is infected. The news comes at a perilous moment for Trump, with polls showing him trailing former Vice President Joe Biden in an array of battleground states and dwindling days to make up the lost ground.

After White House adviser Hope Hicks tested positive Thursday, senior members of the reelection campaign underwent tests of their own. Each of the others, including Clark, tested negative.

Stepien traveled to and from Cleveland for Tuesday’s presidential debate. He joined Trump and Hicks aboard Air Force One. The campaign manager was also with the president in the White House on Monday.

With Trump hospitalized at Walter Reed Hospital as of Friday afternoon, his advisers are rushing to reassess their plans for the final month of the campaign. They cancelled plans for a Friday rally in Florida and postponed Saturday rallies in Wisconsin. They have also postponed a West Coast swing next week through Nevada and Arizona.

While the president has relied on in-person rallies even amid the pandemic, his inner circle has begun looking into staging virtual events. They are also planning to rely on a bevy of surrogates for in-person events, including Vice President Mike Pence, Trump sons Don Jr. and Eric and the president’s daughter-in-law, Lara Trump. Each has tested negative for Covid-19.

Trump’s diagnosis has thrust his management of the coronavirus to the forefront of the campaign, which he has strenuously tried to avoid. And it has rippled through his political operation: Earlier Friday, Stepien sent a memo to staff saying that anyone “who has had exposure to someone testing positive should immediately begin self-quarantine.”

“While we do not believe anyone without symptoms needs to self-quarantine at this time, it is on all of us to continue to exercise the smart judgment and practices the campaign has long encouraged,” he added, including mask-wearing and handwashing.

Stepien on Saturday is slated to hold separate conference calls with campaign staff and grass-roots leaders. Pence is expected to participate in one of the calls.

Stepien was named campaign manager in July, replacing Brad Parscale. With the president’s poll numbers cratering, Stepien raced to impose discipline on the massive organization, pushing staffers to up their work hours and impressing upon them the idea that every day mattered. He restructured the organization, undertook a budgetary review, and increased outreach to campaign officials located in battleground states.

Prior to joining the campaign in late 2018, Stepien served as White House political director, forging a close relationship with the president and a fellow New Jerseyan, Jared Kushner. He oversaw field efforts for Trump’s 2016 general election campaign.