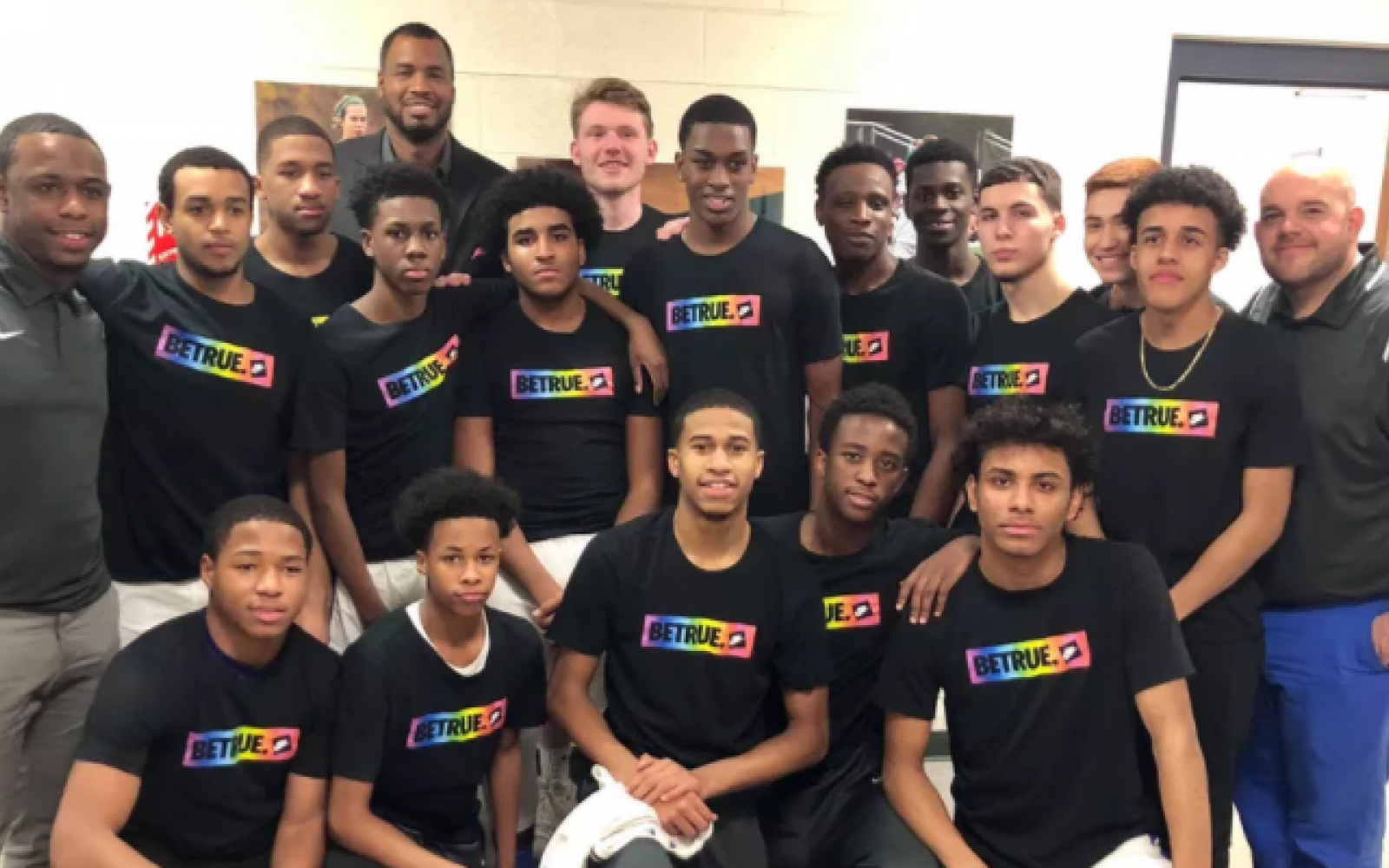 Two New York high school basketball coaches have been suspended after their teams participated in an LGBTQ Pride Game hosted at a nearby college. Now one of the coaches, who is gay, is wondering what role homophobia may have played in the suspensions.

The issue stems from a Jan. 20 Pride On The Court event, hosted by Nicodemo and the athletic department of Div. III Sarah Lawrence College. Section One leadership allegedly claimed Nicodemo’s athletic director, Jim Rose, did not submit the proper paperwork to host the event at the college and have it supported by Nike.

Nicodemo said that Rose received verbal approval from Section One executive director Jen Simmons prior to the event.

“My athletic director is tremendous with rules and regulations,” Nicodemo said. “So having [Simmons] tell him he doesn’t have to put in any paperwork, and then a month later says he had to put in paperwork, that puts us into a difficult spot here.”

The extent of the allegations against the coaches appears to be this clerical oversight committed by someone else.

Simmons did not respond to multiple attempts to reach her for comment.

The event raised $800 for the Hudson Valley Chapter of GLSEN, which seeks to build safe school environments for LGBTQ students. Former NBA player Jason Collins, who came out publicly in 2013, attended the game and a Friday event where he spoke to the student-athletes and coaches about LGBTQ inclusion.

Henry Sassone, athletic director at North Salem Center School District and member of the Section One Athletic Council, was at the meeting and voted against suspending the coaches because, he said, they were not at fault.

“There are plenty of rules coaches know, like the number of practices you need before your first game of the season,” Sassoon told Outsports. “But this rule that apparently was not followed is a rule that the coach is not responsible for.”

Nicodemo said that neither of the now-suspended coaches nor their athletic directors were allowed to present their case to the Council. The Council has also allegedly refused to identify the anonymous source that filed a complaint.

Nicodemo questions the motives behind targeting an LGBTQ event like this, and hitting it with such a severe punishment. Given Section One’s refusal to share the source of the complaint or to present his case, he fears an anti-LGBTQ hate group, or an anti-LGBTQ individual, may be behind the action.

“This event was a pioneering event,” Nicodemo said. “It was special for everyone involved. there was zero negativity about any of this event. So for the section to choose to attack this particular event, which was so positive, it sends a really bad message.”

Nicodemo claims there are “dozens” of different events that are not officially sanctioned, and that the Section One athletic council chooses not to pursue with punishment.

“Next year when I try to host this event again, am I going to have schools say ‘no thank you’ because they’re worried they’re going to be targets of Section One?” Nicodemo asked. “That’s the chilling effect here.”

Sassone hopes that this action by local leaders spurs a conversation about responsibility and punishment, as he insists the coaches were not responsible for the failure in paperwork.

“I think it’s time this athletic council looks at the penalties,” he said. “I think it’s difficult to censure a coach over a process that the coach has no part of.”