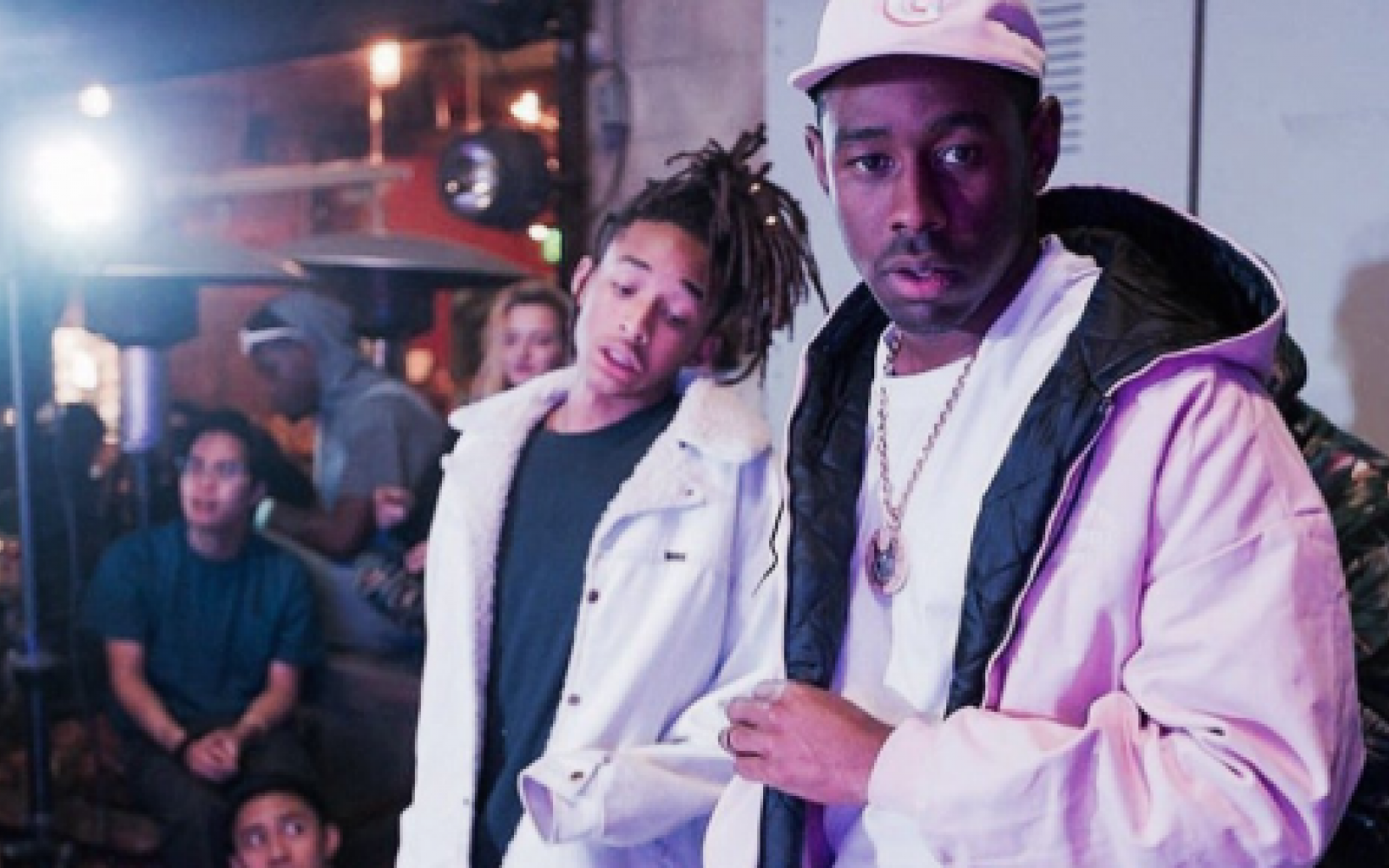 Tyler, the Creator has admitted he asks friends such as Jaden Smith to send him ‘d*ck pics’ in a new interview.

During an interview with Fantastic Man, the star also takes a call from Jaden son of Hollywood actor Will Smith. He signs off the conversation by saying ‘send d*ck pics.’

‘I always tell people to send d*ck-pics when I hang up, because it’s so awkward,’ he then explained. ‘Like, what the f*ck did you say?’

Tyler also opened up about his sexuality in a new interview, after first addressing the subject on his 2017 album Flower Boy.

Speaking about the response to the lyrics, California-born star said: ‘It’s still such a grey area with people, which is cool with me. Even though I’m considered loud and out there, I’m private, which is a weird dichotomy. The juxtaposition of loud and quiet is weird.’

He furthermore added: ‘It’s a literal question and the thing about humans is we hate not having an answer. We hate not being in the know. So people will bullsh*t answers, make sh*t up, instead of being just, like.

‘I don’t know. There are some things that are just unexplainable.’