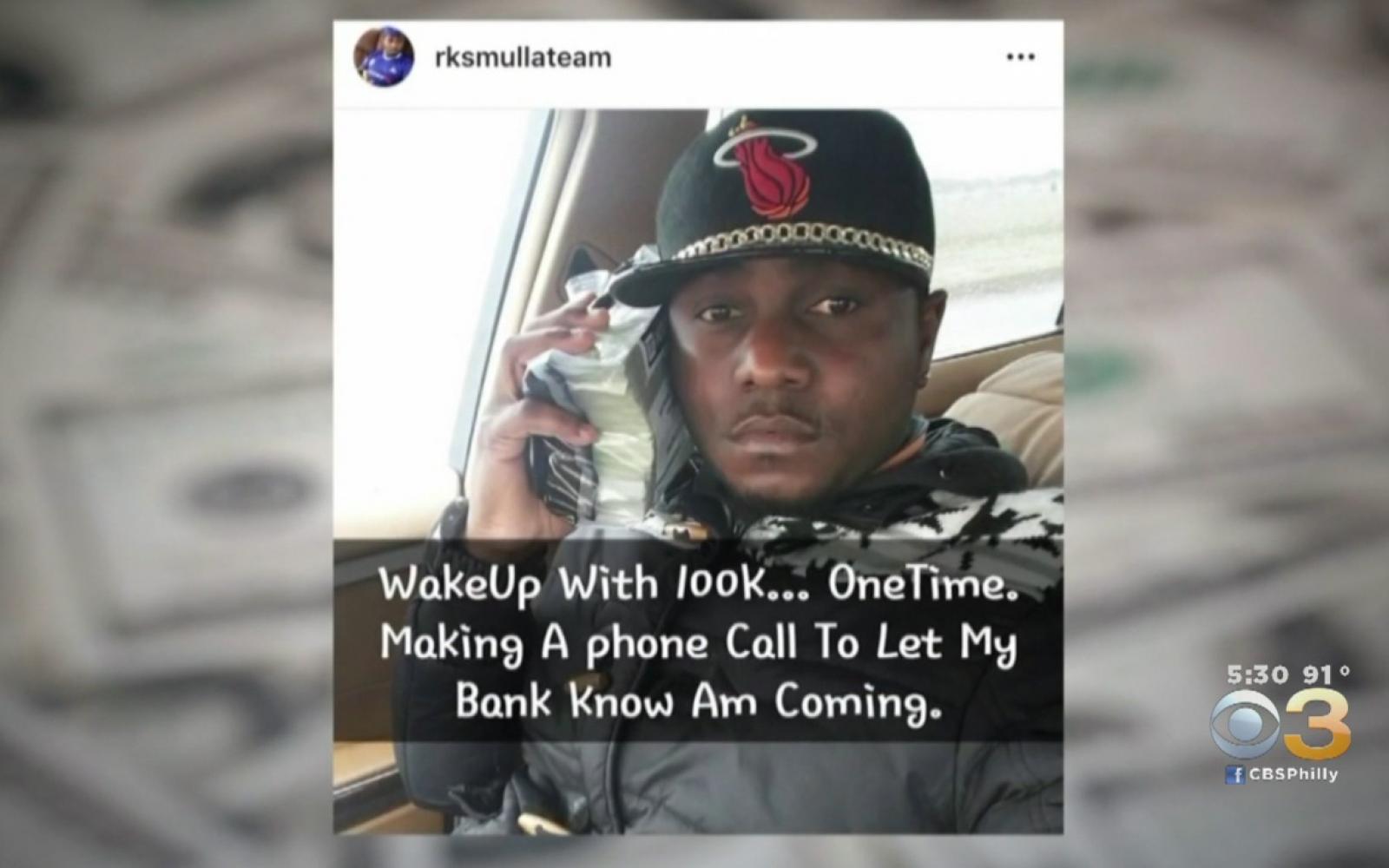 A South Jersey man is accused of masterminding a dating scheme that scammed 30 victims out of more than $2 million. Police say the suspect made his victims think they were in virtual romantic relationships with U.S. soldiers.

Rubbin Sarpong made his first appearance before a judge Wednesday in Camden.

Investigators say the online dating scam started in January 2016. It didn’t stop until this week when police finally nabbed the suspect. Some of the evidence included social media posts bragging about his wealth.

This is one of dozens of online posts showing off Sarpong’s lavish lifestyle, and it’s these posts that ultimately led federal authorities to his doorstep in Millville, Cumberland County.

He would then create relationships with his victims before asking them to wire him money.

In all, there were 30 victims that sent a combined $2.1 million.

One online video shows some of the money was spent on expensive rings and Rolex watches.

But at Sarpong’s first appearance at the Federal Courthouse in Camden, he told the judge he could not afford his own attorney and wanted a public defender. The judge didn’t buy it and scoffed at the idea.

Meanwhile, Sarpong’s real-life lover and fiancée had nothing to say to defend him following the court appearance.

A bail hearing is set for Friday. Prosecutors say Sarpong is a flight risk and they don’t think he should be out on bail.

If convicted, he could serve up to 20 years in prison.