UPS Worker Killed During Robbery, Hostage Shootout Was Completing His First Day On The Job 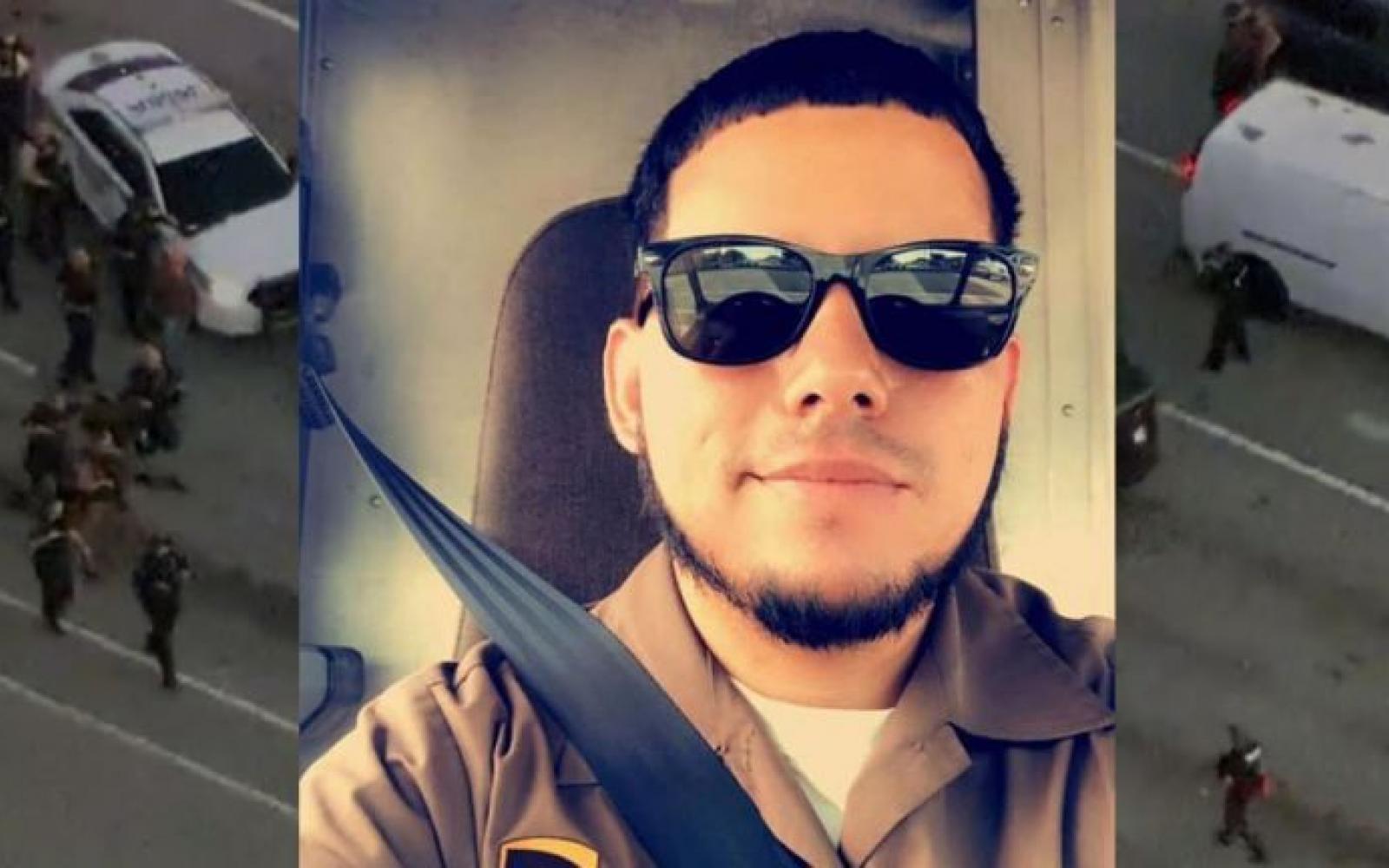 Family members and friends are mourning the loss of a UPS driver and young father, killed after being taken hostage by two armed robbers in Miramar.

WFOR reported the name of the driver as Frank Ordonez, one of four people killed in the incident. His brother told CBS Miami he'd been with UPS for the past five years.

However, Thursday was Ordonez's first day as a UPS driver.

UPS released a statement regarding the incident, saying the company is providing assistance to the family and counseling for his coworkers.

Ordonez leaves behind a one-year-old daughter.

The ordeal began as an armed robbery and possible shooting at Regent Jewelers in Coral Gables on Thursday afternoon. A female employee suffered injuries in the armed robbery.

Police said the armed robbery suspects then carjacked a UPS truck as the driver was making deliveries.

The police chase ended with the armed robbery suspects and police exchanging gunfire on Miramar Parkway, just west of Flamingo Road. According to CBS Miami, 19 officers from five different agencies fired into the UPS truck. The number of shots fired could exceed 200 rounds.

The two armed robbers were killed.

Both are from Miami-Dade County.

A civilian motorist was also killed in the shootout, who neighbors confirmed to CBS12 News' Luli Ortiz is Richard Cutshaw.

UPS issued a statement on the loss of an employee:

We are deeply saddened to learn a UPS service provider was a victim of this senseless act of violence. We extend our condolences to the family and friends of our employee and the other innocent victims involved in this incident. We appreciate law enforcement’s service and will cooperate with the authorities as they continue the investigation.
Flamingo Road is open. Miramar Parkway west of Flamingo Road is open. Miramar Parkway from Flamingo Road to Red Road remains closed on Friday morning.

The FBI talks about the armed robbery chase and shootout that led to the deaths of two civilians and two armed robbery suspects. (FBI)

The FBI is taking the lead in the investigation, according to Miramar Mayor Wayne Messam, who spoke to CBS12 News reporter James Torrez on Friday.

"Just coming upon the holidays and to have a UPS driver who’s just making an honest living to take care of his family, I understand he’s a young father who has children who won’t see them this Christmas and it’s just very heartbreaking," Messam said. 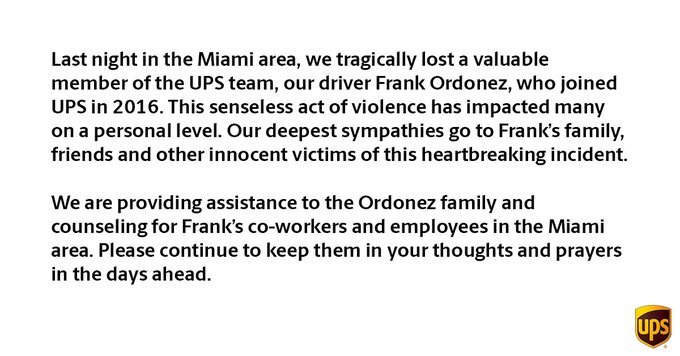