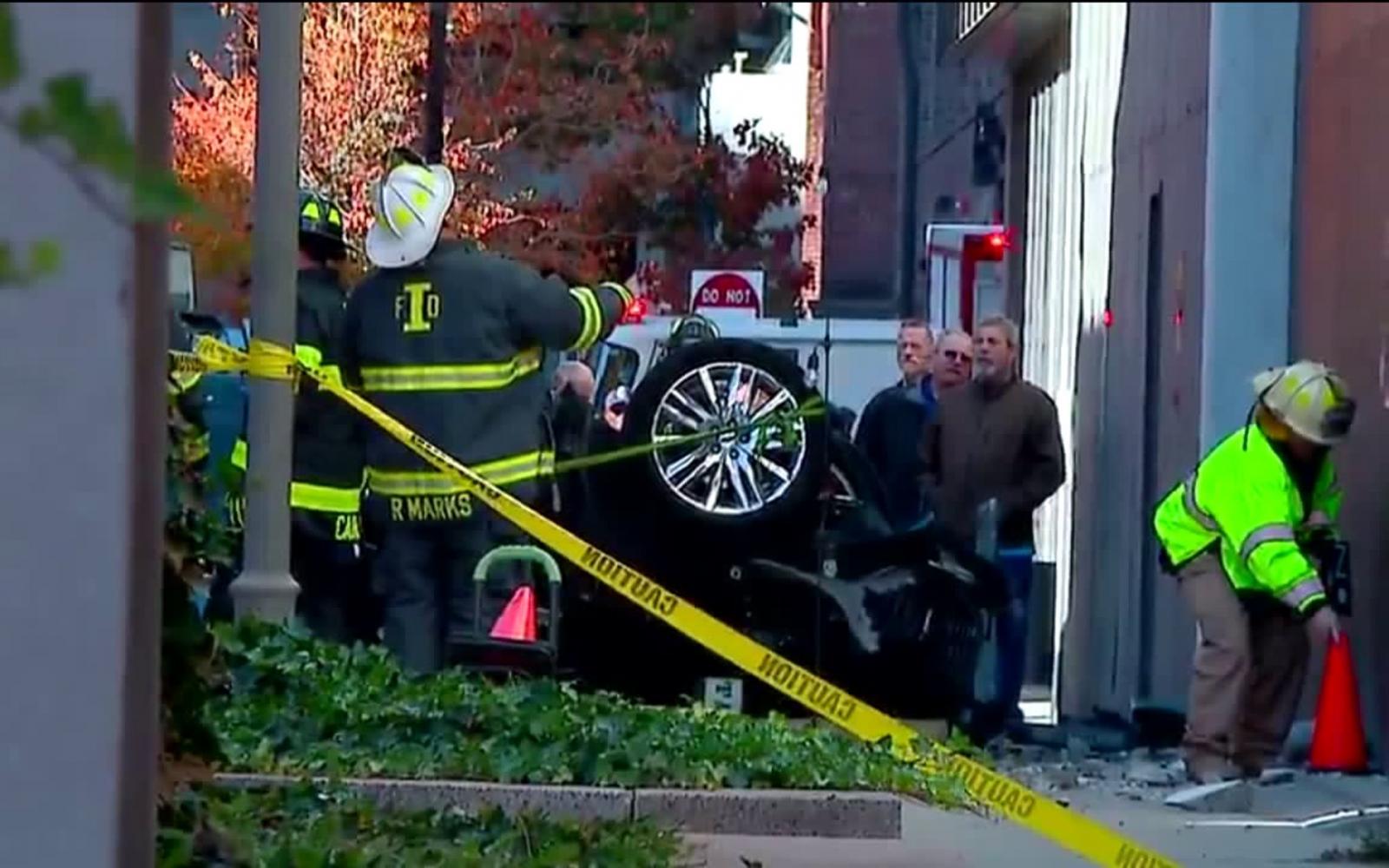 According to the Indianapolis Fire Department, an adult male and an adult female were killed when the vehicle plunged from a fourth-floor parking garage.

First responders were called to the scene at Market Square Center Garage in the 200 block of East Market Street before 10 a.m.

Photos showed a large response from IFD as firefighters gathered around an upside-down vehicle in an alley. EMS and the Indianapolis Metropolitan Police Department also responded.

Data pix.
"When we got here, we tried to extricate the victims," said Battalion Chief Rita Reith with IFD. "We did not find them to be viable. Once that was determined, it was being turned over to IMPD as a death investigation."

Reith said it was unclear what led to the deadly crash.