Video: Black Delivery Driver Held Against His Will By Neighborhood HOA President 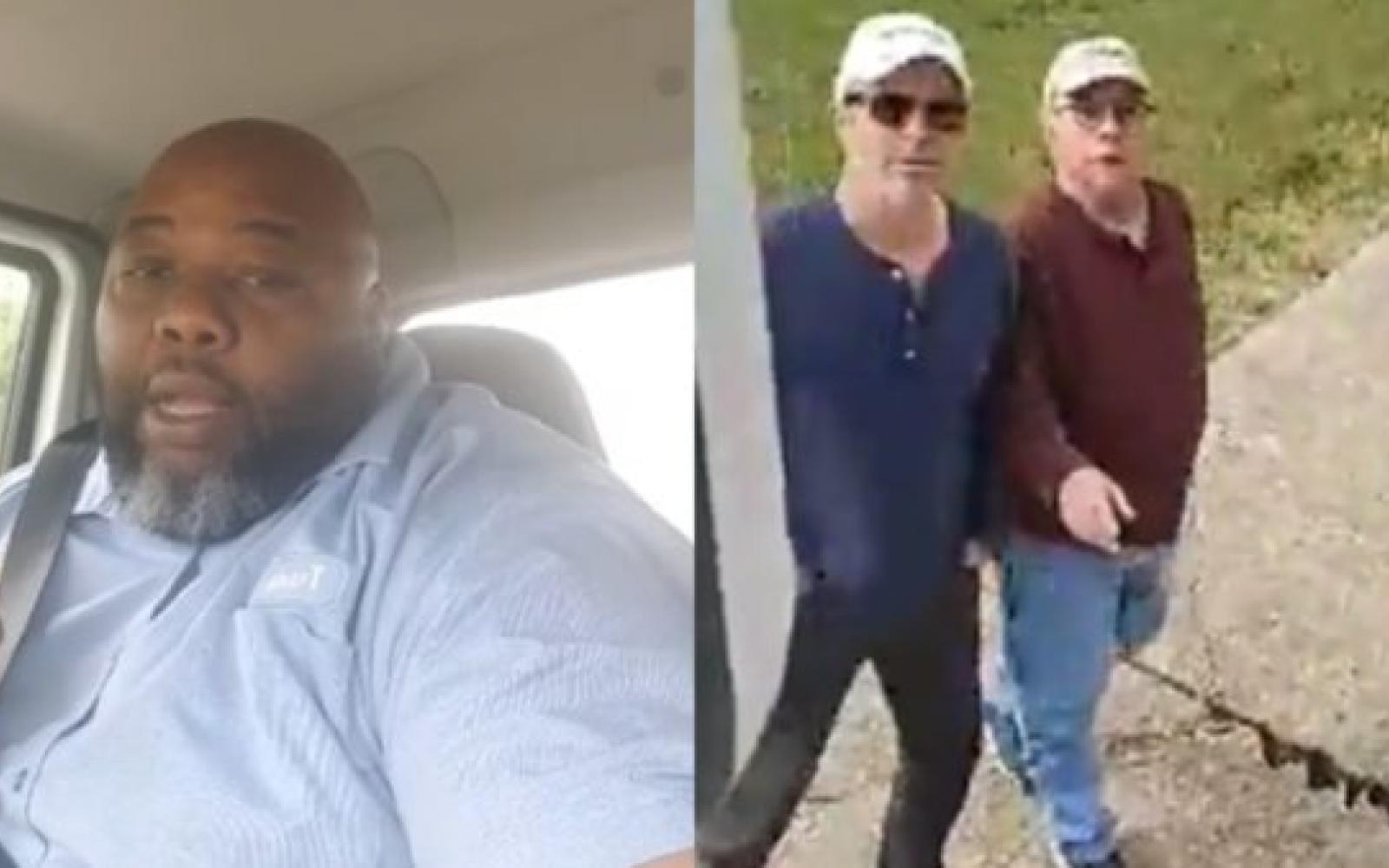 A viral video shows a delivery driver, who is black, being held against his will in an Oklahoma City area neighborhood Monday, blocked in by a man who identified himself as the homeowners association president.

Travis Miller, a home appliance and furniture delivery driver, captured the encounter on Facebook Live while driving through the neighborhood of Ashford Hills.

“I want to know where you’re going,” says the resident whose car is blocking Miller’s way.

“It’s none of your business. I’m going out, that’s where I’m going,” Miller replies.

“Got me blocked in so I can’t leave,” Miller says to the camera, showing the man’s white Subaru blocking the road out of the gated community.

“My name is David Stewart,” the man blocking him says, adding that he is the homeowners association president.

“I don’t care what your name is, move out the way,” Miller says.

About thirty minutes in, another homeowner joins Stewart.

“All we want to know is why you’re in here and who gave you the gate code. That’s all we need to know,” the man says.

Miller told sister station KFOR he did not want to share his customer’s personal information.

While he waited for Stewart to move his car, Miller said Stewart told him he was calling the police. Officers never showed up, and, about an hour later, Stewart moved his car.

“They must have contacted the customer because the customer came around and (Stewart) moved out the way,” Miller said.

Miller is seen on the video with tears streaming down his face calling the police himself.

“He said that he called the cops back and let them know that everything was clear but I didn’t want to leave and have it seem like I was fleeing the scene or anything like that,” Miller said to dispatch.

Miller spoke to KFOR over the phone on Wednesday.

“I don’t know what prompted him to, or what has happened in that neighborhood, for him to respond the way he did,” Miller said.

Miller, and many people who commented, felt it was racially motivated.

Stewart did not respond to telephone calls or answer the door at his listed address.

“I just know that emotionally, it was hard to maintain restraint, especially when I’m dealing with death in the family, two family members within two days of each other,” Miller said. “I just did the best I could to make sure I didn’t make a bad situation worse.”

KFOR also tried to reach Stewart on Facebook but he never replied.