Video: Fight Breaks Out At Gospel Radio Station After Councilman Confronts Man About Sleeping With His Wife 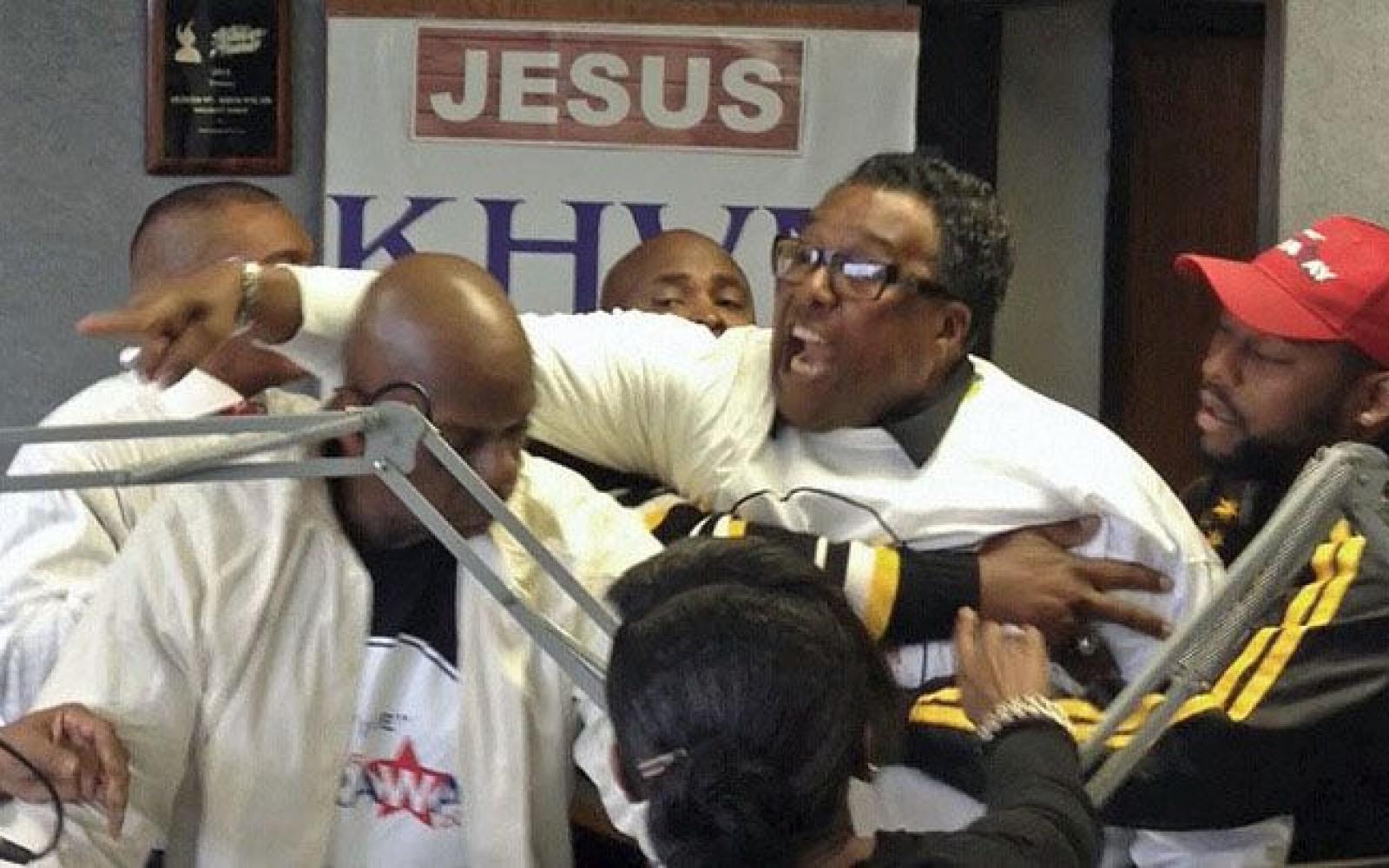 A gospel radio station in North Texas got a huge surprise when a full out vulgar verbal altercation broke out between longtime Dallas County Commissioner John Wiley Price and former city council member Dwaine Caraway at KHVN. “You Fu$&ed My Wife!” Dwaine Caraway exclaimed as he disrespected the religious tone of the station. What was supposed to be a conversation turned into an altercation, then a hilarious illustration where blood pressure and Diabetes levels peaked for the finish line.

The two men were ready to rumble when several men had to break up the melee before canes started swingin.’  As it’s a political season, the candidates for Dallas County commissioner, including Micah B. Phillips, were at the station to talk about their campaigns. According to news director Robert Ashley, the altercation broke out during a commercial break and Police were called to the scene to break up the Rudy Ray Moore cuss fest. Both men were later spotted at a bar downing shots of Ensure after calling a truce. (OK they were not at a bar downing Ensure but do you really think I can let this go without a couple of my jokes?) Check out the video to see the altercation.