Video of Guy Asking His Boyfriend To Prom Goes Viral 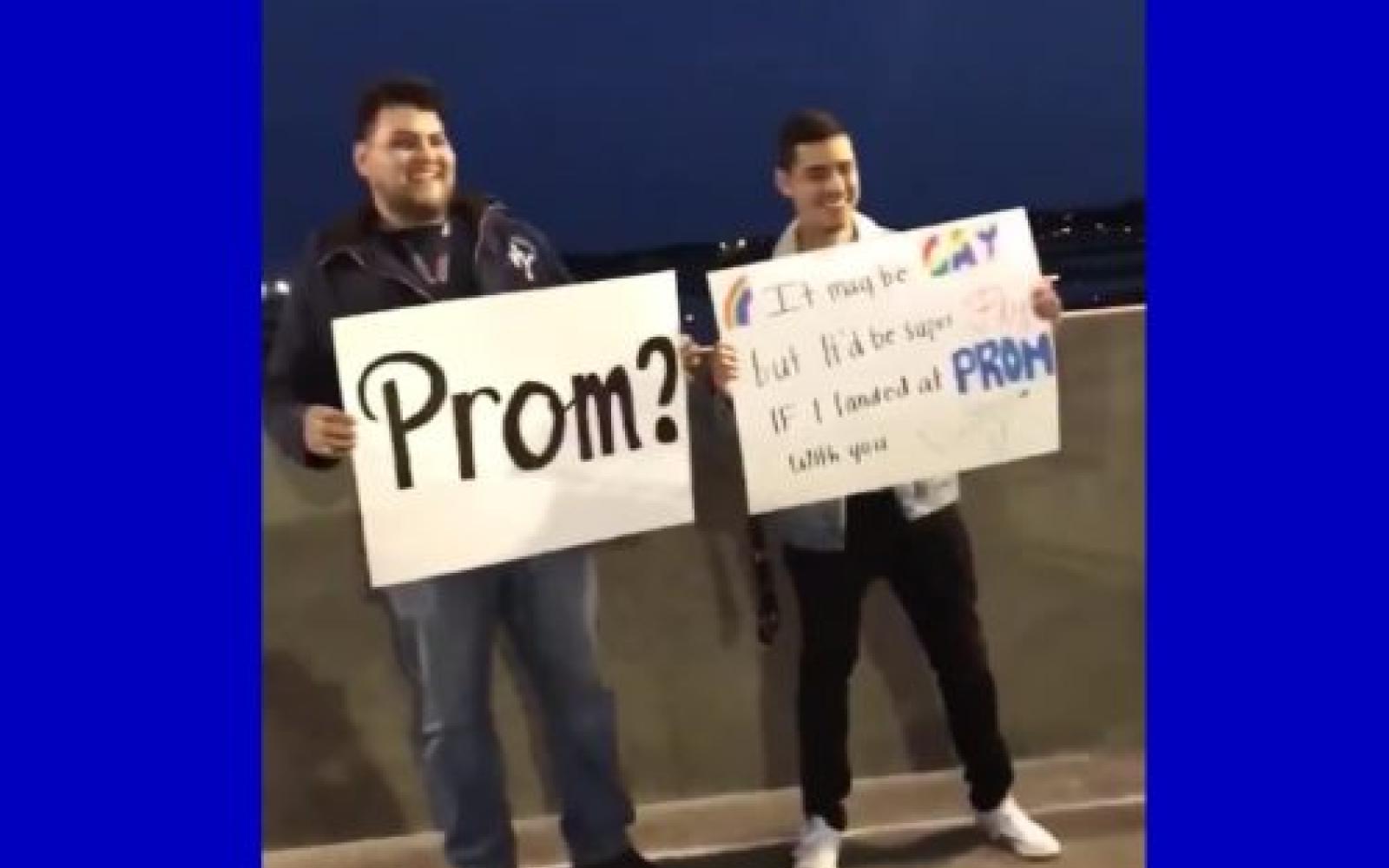 It’s spring and that means one thing for high school seniors in the US — prom. Okay, and graduation, too, but right now it’s all about the big dance and promposals. That’s what’s been on the mind of Julian, a bisexual student in Georgia who recently asked his boyfriend, Francisco, to prom at an airport.

How do you ask someone to prom? With joy, love, elaborate schemes, and cameras to document it all. At least that’s what students have been doing with promposals and social media over the last few years.

Julian posted the video of his own promposal on Monday (1 April). His cousins helped him carry it out, covering Francisco’s eyes for the surprise and holding up a poster.

The couple met on Instagram, after Julian decided to ‘shoot his shot’ over DM.

‘We decided after two weeks to meet up at Six Flags for our first date because I was out of town and we’ve never been so excited for something,’ he told GSN.

Julian’s original tweet has been liked over 73,000 times and retweet over 9,000 times. The responses have been overwhelming postive and supportive.

‘I could not be happier with the way twitter and the community has reacted!’ he enthused.

‘It makes me so happy seeing all these people no matter from what background accepting us and normalizing that it’s ok to be gay. It’s ok to ask your gay partner to a school dance that back in the 2000s would’ve been inpossible.

‘It’s amazing how society has become as a whole. I’m just extremely thankful for all the heartwarming responses and hope I get to somewhat help the LGBT community.’

Since Francisco accepted Julian’s promposal, they’re both working on saving money for the big night on 13 April. Julian added they’re going to start looking for their outfits tomorrow.

So I asked my boyfriend to prom at the airport where we always go watch the planes take off and land.. pic.twitter.com/h8hER420L3