Video: Lyft Passenger Banned From Platform After Beating Driver For Not Speeding 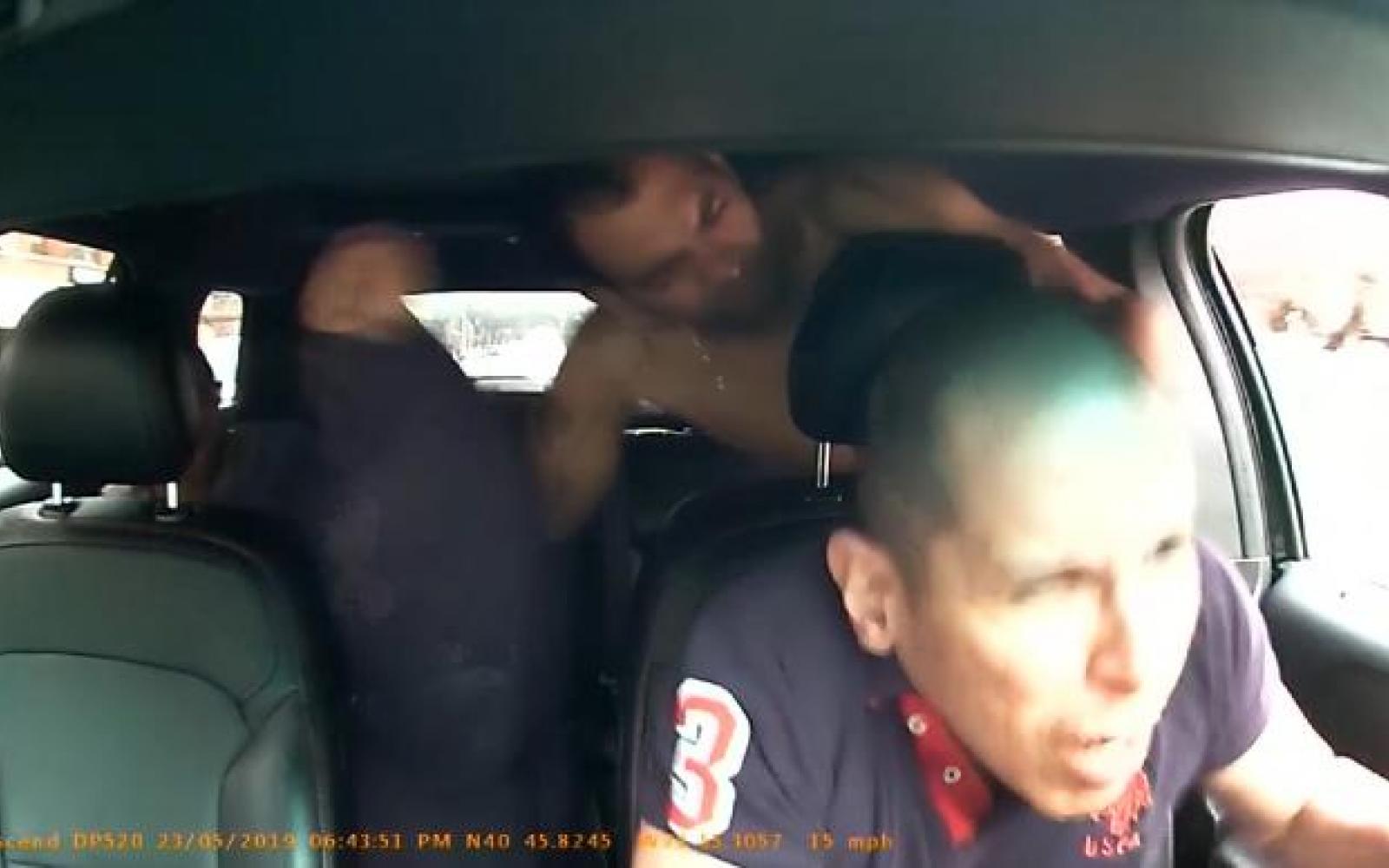 A Lyft driver is speaking out after he says he was attacked by a passenger in Queens.

The suspect is still on the loose.

The driver is speaking out and sharing the dramatic dash cam video of the assault.

It began as a regular ride as can be seen from inside the SUV. But things turned violent after about 10 minutes.

The footage shows the Lyft driver, 36-year-old Eduardo Madiedo, driving a passenger in Woodside on Thursday at around 6 p.m. He said the man was moaning in pain and resting in the back seat on their way to Mount Sinai Hospital.

That’s when things begin to escalate. The passenger slowly takes his sweatshirt off and then asks Madiedo to speed up. When the driver said he couldn’t because of traffic near 33rd Street and 31st Avenue in Astoria, the suspect got angry.

“I’m sorry, man. I can’t get in front of the cars that are in front of me,” the driver responds.

“Why?” the passenger asks.

“Because it’s blocked. You don’t see?” the driver replies.

The passenger then started giving prompts for when and where to change lanes while using profanity, which prompts Madiedo to say, “Excuse me, man, if you’re gonna be disrespectful I’ll just pull over right now.”

Before Madiedo even had a chance to pull over, the video shows him getting pummeled behind the wheel, punched repeatedly while still driving. He loses his glasses as he continues to drive, yet somehow is able to keep control of the car until he pulls over. The suspect runs off and Madiedo calls police.

Madiedo spoke to CBS2’s Reena Roy about the ordeal on Tuesday.

“He started hitting me in the back of head, full force here and then like on the top,” Madiedo said. “I was definitely afraid of crashing the car, especially without my glasses.”

“What was going on through your mind when this was happening?” asked Roy.

“Basically, I was scared for my life. It was just a surreal moment where you’re living outside of your body and I just wanted it over with.”

As Madiedo was finally able to pull over, the suspect went for another punch through the window.

“It happened so all of a sudden. This could happen to anyone,” Madiedo said. “It was just once comment that set him off.”

Police said they are still looking for the suspect. He is said to be about 5-foot-7 and 130 pounds.

Madiedo said he’s not sure when or if he’ll go back to work as a driver. He’s hoping police can use the passenger’s Lyft account information to track him down. The app has permanently banned the passenger.