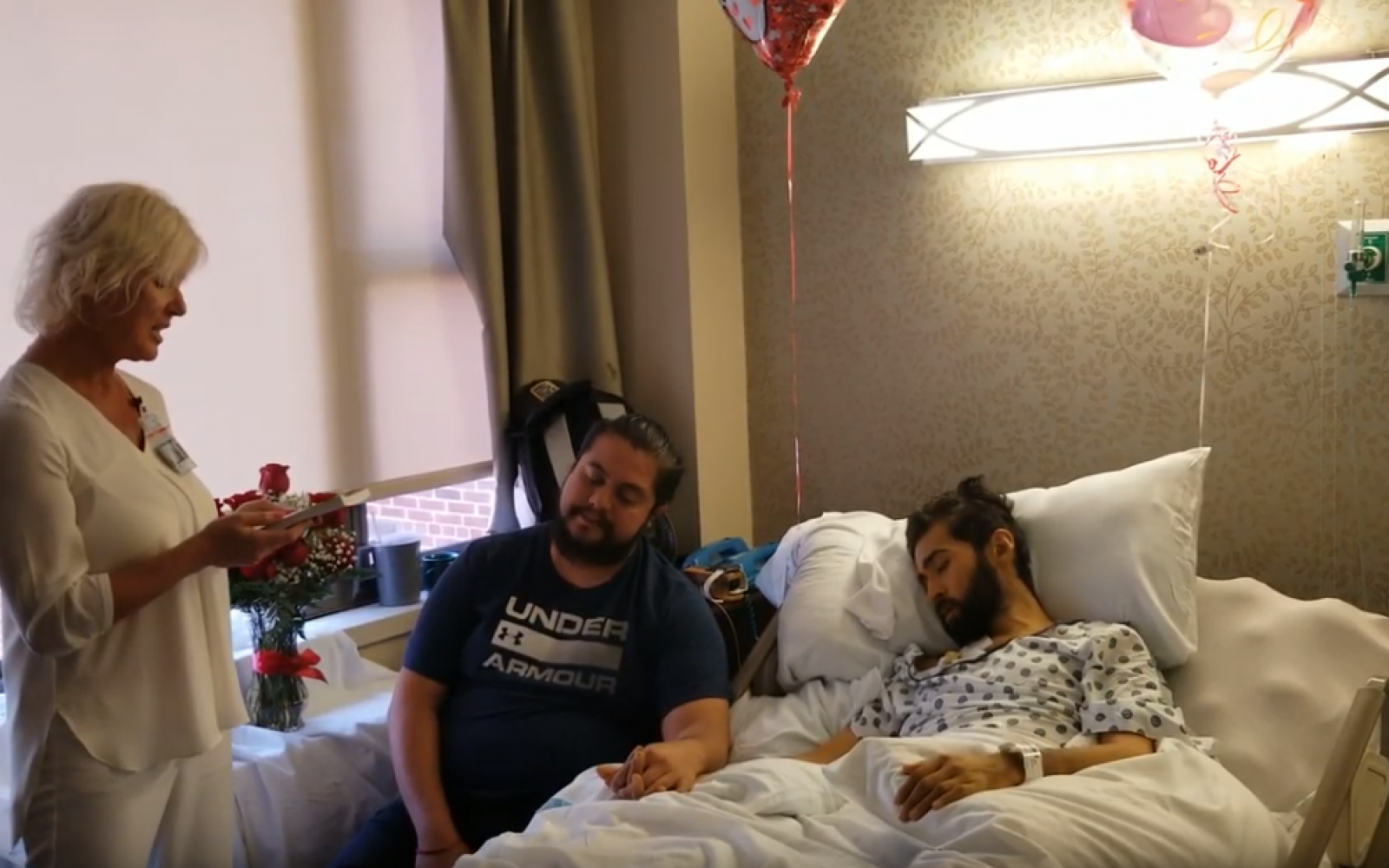 On Wednesday, Garcia, 31, had a bedside commitment ceremony at his hospice facility outside Chicago with Erwin Sigueroa, his boyfriend of five years and the love of his life.

“It was very emotional. There were a lot of tears, but it was definitely happy. It’s what Alfredo wanted,” said Bryan Pottow, a national director with Seasons Hospice MacNeal Inpatient Center in Chicago’s western suburb of Berwyn, who attended the ceremony and helped organize it with Garcia.

Garcia arrived at Seasons Hospice July 18. During the intake process, Pottow asked Garcia what wishes he had. Garcia said he wanted to marry Sigueroa. The couple had been life-long friends and grew up in Chicago’s Little Village neighborhood.

“They had been talking about being married for a year,” Pottow said. “I told Alfredo, We can make that happen.”

Garcia, Pottow, and the staff at Seasons Hospice started planning Garcia’s wedding last week, but in the past 48 hours, his condition took a significant turn for the worse.

Pottow had been trying to arrange the presence of a courthouse official, making it a legal wedding, but the hospice staff fast tracked the process and opted for the commitment ceremony.

After the vows, everyone enjoyed a champagne toast.

“It was lovely to carry out Alfredo’s last wish with Erwin. Alfredo also had the opportunity to be surrounded by his family,” Pottow said. “They were very happy with it. These are life-long memories for Erwin. He will cherish them forever.”