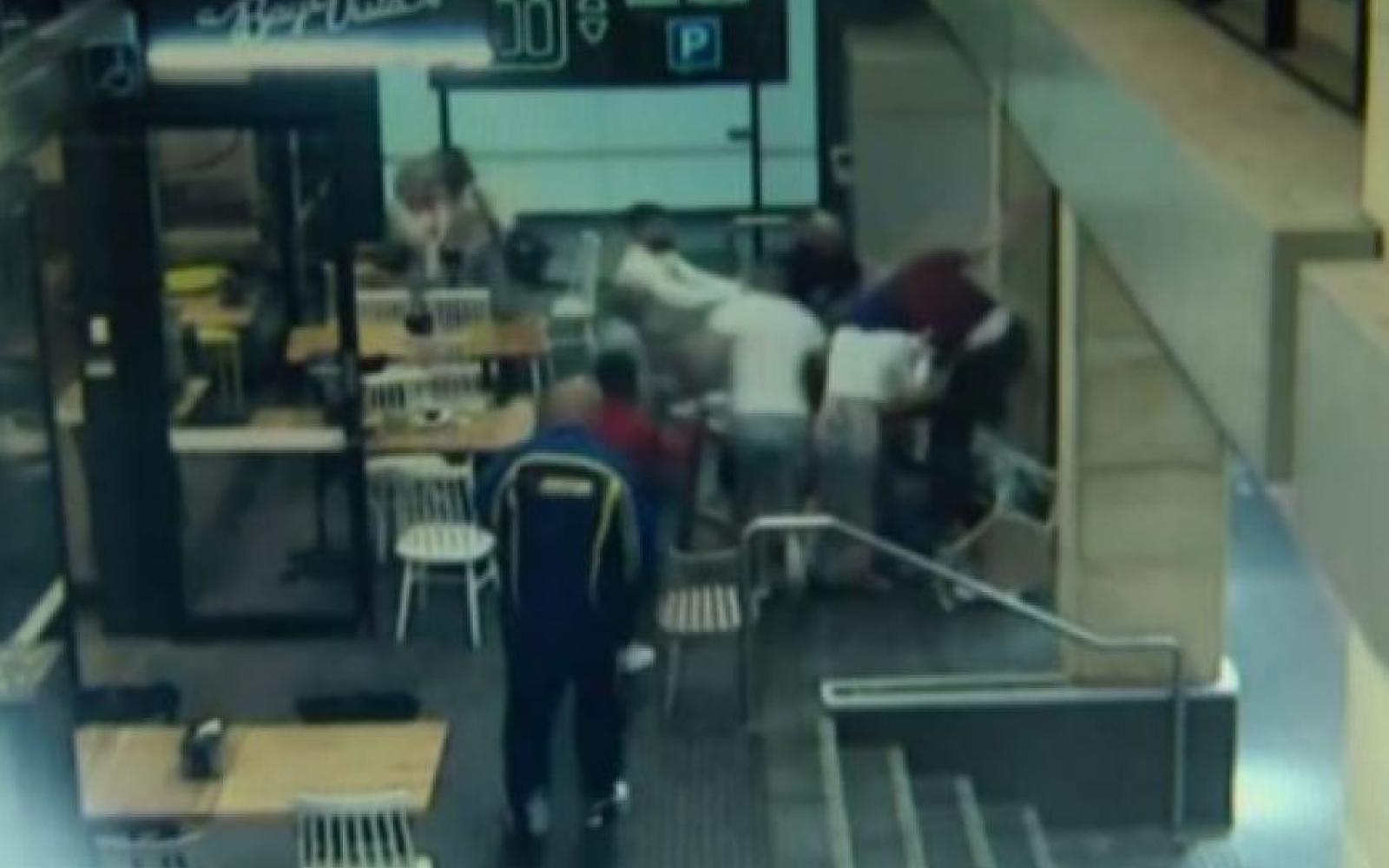 NSW Police said Rana Elasmar, 31, who was 38 weeks pregnant, was with her friends at a Parramatta cafe on Wednesday night when a 43-year-old man approached her table.

CCTV footage showed the man having a brief conversation with the group before lunging over the table and repeatedly punching the face of Ms Elasmar, who then fell to the ground.

He is then seen stomping at her head before other patrons at the cafe intervene and pull him away from her.

Police said the man was not known to the women and they were investigating if the attack was racially motivated.

It is alleged the man, Stipe Lozina, made a comment about Muslims before Ms Elasmar was assaulted.

"Our police investigation is still in its infancy but it would appear to be completely random and unprovoked," Parramatta police Inspector Lucas Sywenkyj said.

After she treated for minor injuries at Westmead Hospital, Ms Elasmar posted a lengthy message on Facebook, opening up about the "lack of humanity" behind her assault.

She said members of the Muslim community were familiar with being on the receiving end of Islamophobia.

"I was born and raised in Sydney, Australia. I am a Muslim," Ms Elasmar said.

"I have experienced occurrences of verbal abuse and hate from other Australians in the past, but I have never thought that physical abuse of this nature could happen to me."

He appeared at Parramatta Local Court on Thursday and had his bail application refused.

The Executive Officer of the Muslim Women's Association Maha Abdo said her organisation had spoken with a member of Ms Elasmar's family to express their support.

"She needs to get over the shock first of all, at the moment she's in a state of shock along with the whole family," she said.

"We are all concerned. You are actually sitting in a cafe in a group, you would think that is the safest place to be. We are all trying to deal with it."

The assault occurred in the week a study was released showing women wearing headscarves were at the most risk of Islamophobic attacks.

"We are mothers, wives, daughters … and we deserve to feel safe wherever we go," Ms Elasmar said.

"I fear for the world our children will grow up in, if this issue is not addressed."