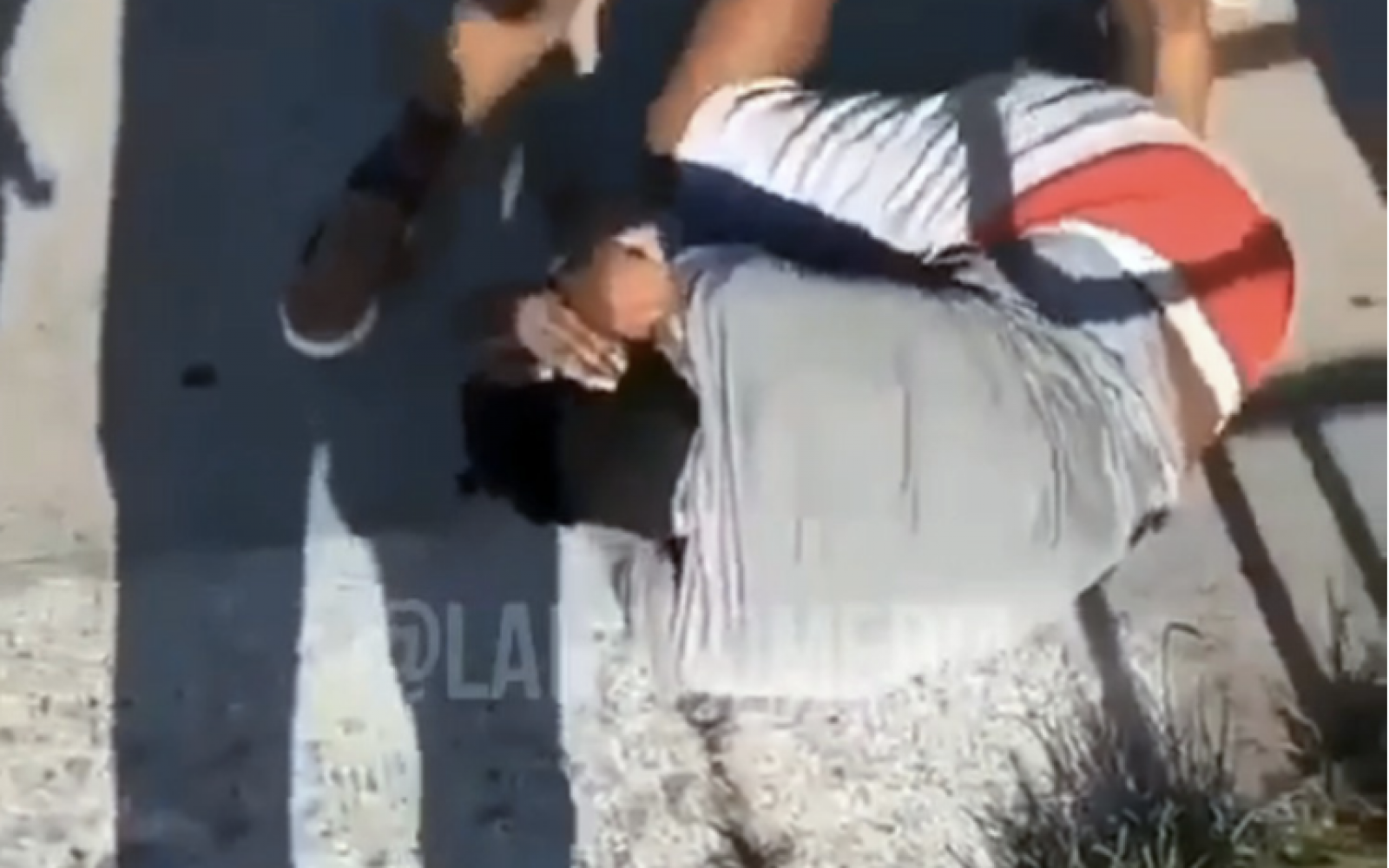 Today in toxic masculinity: A grown man films himself encouraging teenagers to beat up another teen who cowers on the ground in a fetal position to protect his head from the blows and kicks.

The incident occurred at the Nickerson Gardens public housing apartment complex, located at 1590 East 114th Street in the Watts neighborhood of Los Angeles the oersons in the video are all allegedly in a gang.

"You is not from the hood, n***a. You got a whole d**k in your mouth, blood. This is you, n***a," the man says while holding a cellphone that allegedly shows a video of the teen performing oral sex.

The man then ordered him to leave the hood.

The video, which was also posted on Worldstar Hip Hop, drew angry reactions from viewers.

"All of these men need to arrested... Black Lives suppose to matter huh? Disgraceful," wrote one Instagram user.

We hope he made it out and is doing well.