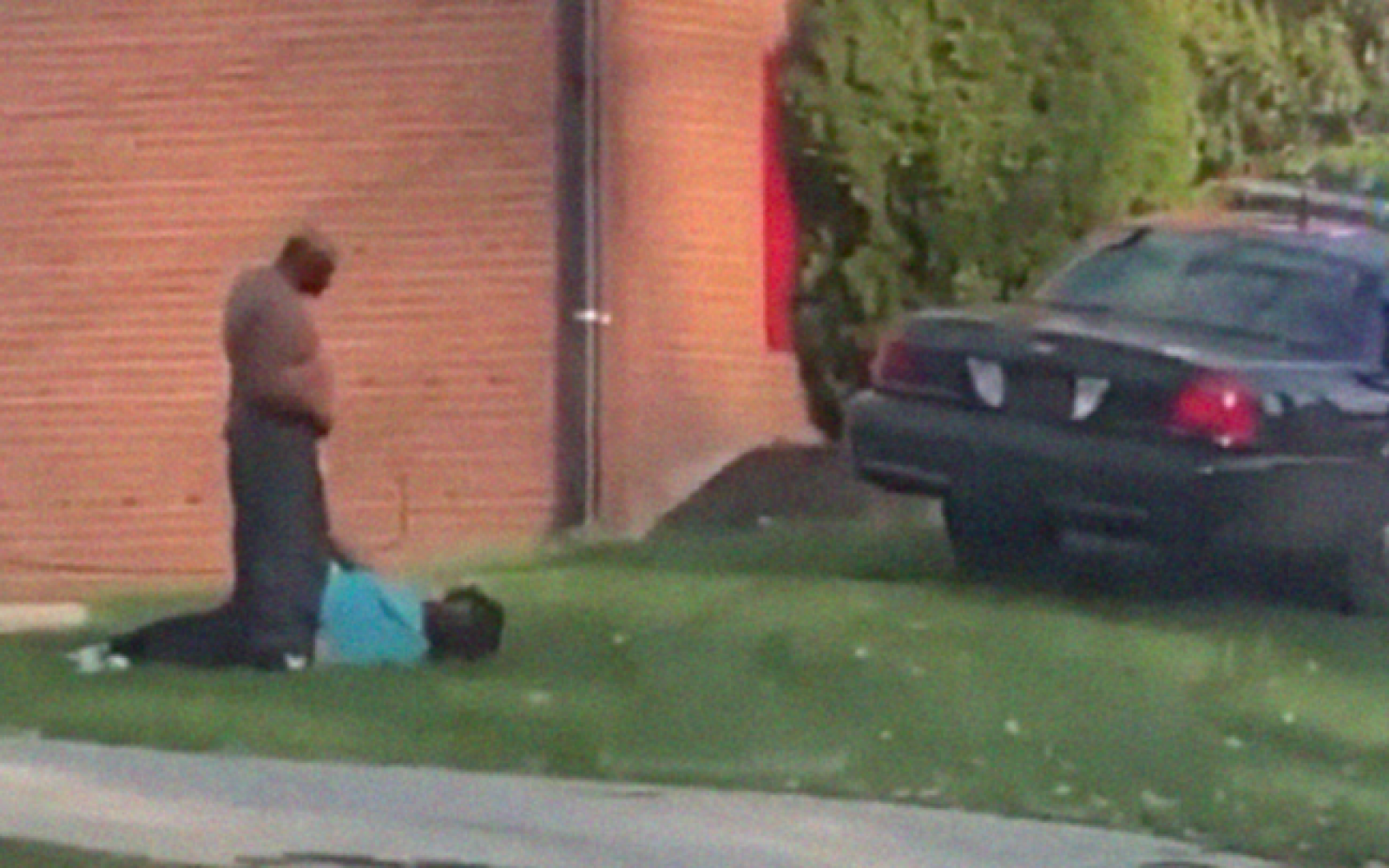 The East Cleveland Police Department confirmed their officers fatally shot a man on Tuesday afternoon after he failed to obey officers’ commands to drop the gun he had pointed at his victim’s head.

Police said officers responded to 13855 Superior Avenue for a report of a rape in progress around 3:40 p.m. on Tuesday.

According to police, officers on scene were confronted by a man with a gun.

The man approached the female victim with the gun pointed at her head, according to police.

Police said officers commanded the man to drop the gun several times before officers fired and struck him.

In a video posted publicly on Facebook shows police screaming at the man holding a gun.

They were telling him to drop it. But, instead he turns to the terrified woman he’s holding on the ground and hit’s her with it.

But, the video shows the suspect continuing to go after the woman even after he’s apparently hit by several shots.

She crawls away. However, it takes 14 seconds from when the first shot was fired before the suspect hits the ground.

The man and female were brought to University Hospital where he was pronounced dead, according to police.

Police said the female is still being treated for wounds she sustained from the man.

The identity of the man has not yet been released.

The Ohio Attorney General’s Office Bureau of Criminal Investigation was contacted regarding the officer-involved shooting, according to the police report.