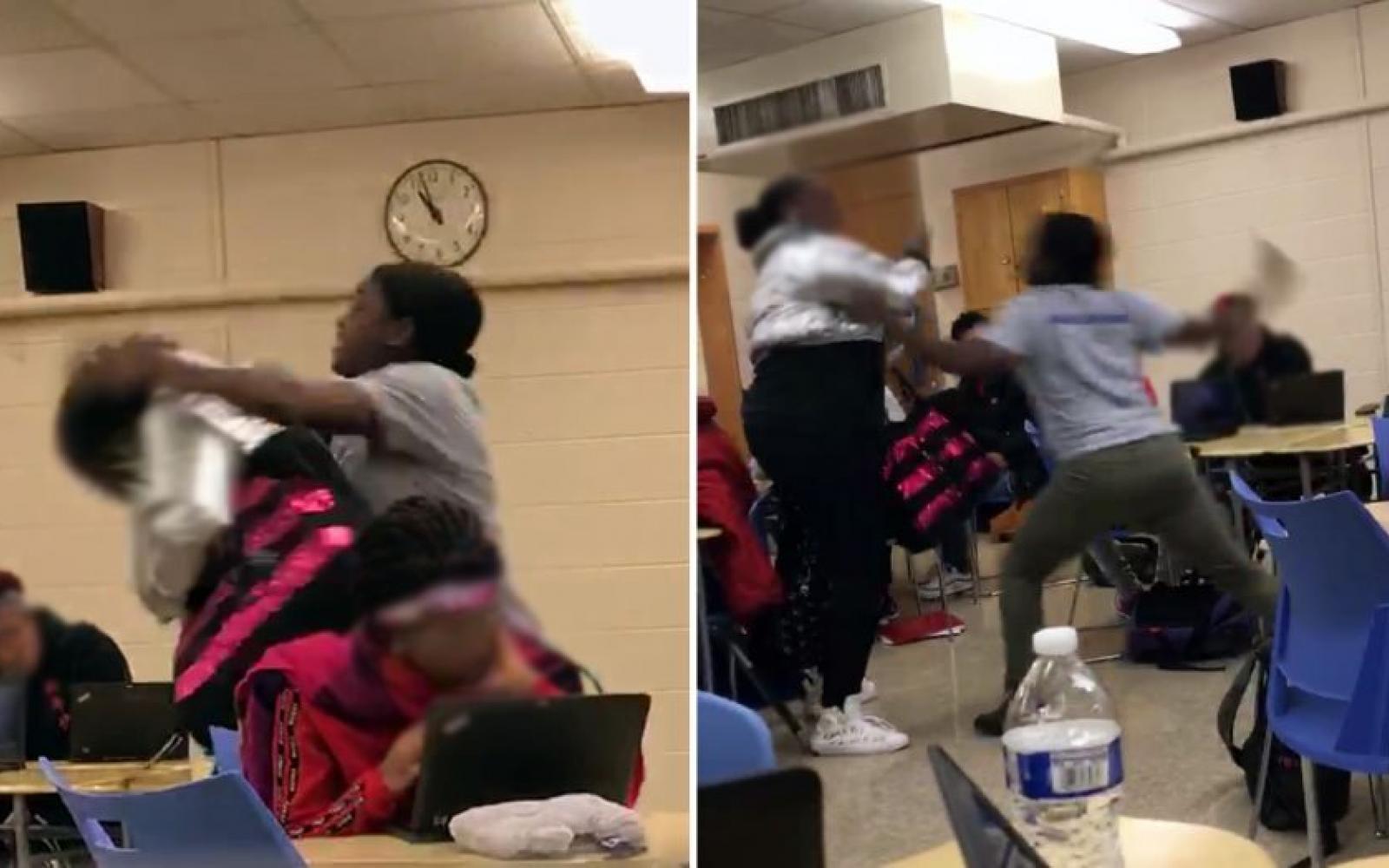 A teacher has been arrested after video surfaced of a fight between a staff member and at least one student Friday morning at a Maryland highschool.

Prince George’s County Police confirm the assault took place at around 10:23 a.m. Friday and that video has surfaced of the incident. Police are investigating that video and confirmed the teacher arrested is a woman in her mid 30s, seen in the clip wearing a gray shirt.

Police Chief Hank Stawinski called the nature of this assault “extraordinarily violent” and “criminal” at a Friday news conference. Police did not immediately name the teacher but tell sources she could be facing physical child abuse and second degree assault charges.

“Everything about this particular incident was completely unacceptable,” said County Executive Angela Alsobrooks, "I had a chance to review the video and I understand that this is still under investigation, as the chief as indicated, but anyone who views this video will agree that it makes you feel absolutely irate to see what transpired into this classroom.”

In addition to the teacher, police are also investigating the actions of the 17-year-old student.

Stawinski told reporters at the Friday news conference, there was physical contact between the two before the fight caught on video erupted. A Prince George's County police official said there’s a portion of the video where the female student is seen going back to punch and kick the teacher, when she could have stood aside.

County leaders say around 30 students and eight administrators are now being questioned as the investigation continues. Neither the student nor teacher sought medical help after the assault, according to police.