Video: Transwoman and Gay Man Dragged Out Of Bar Say It Was Because of Their Identity 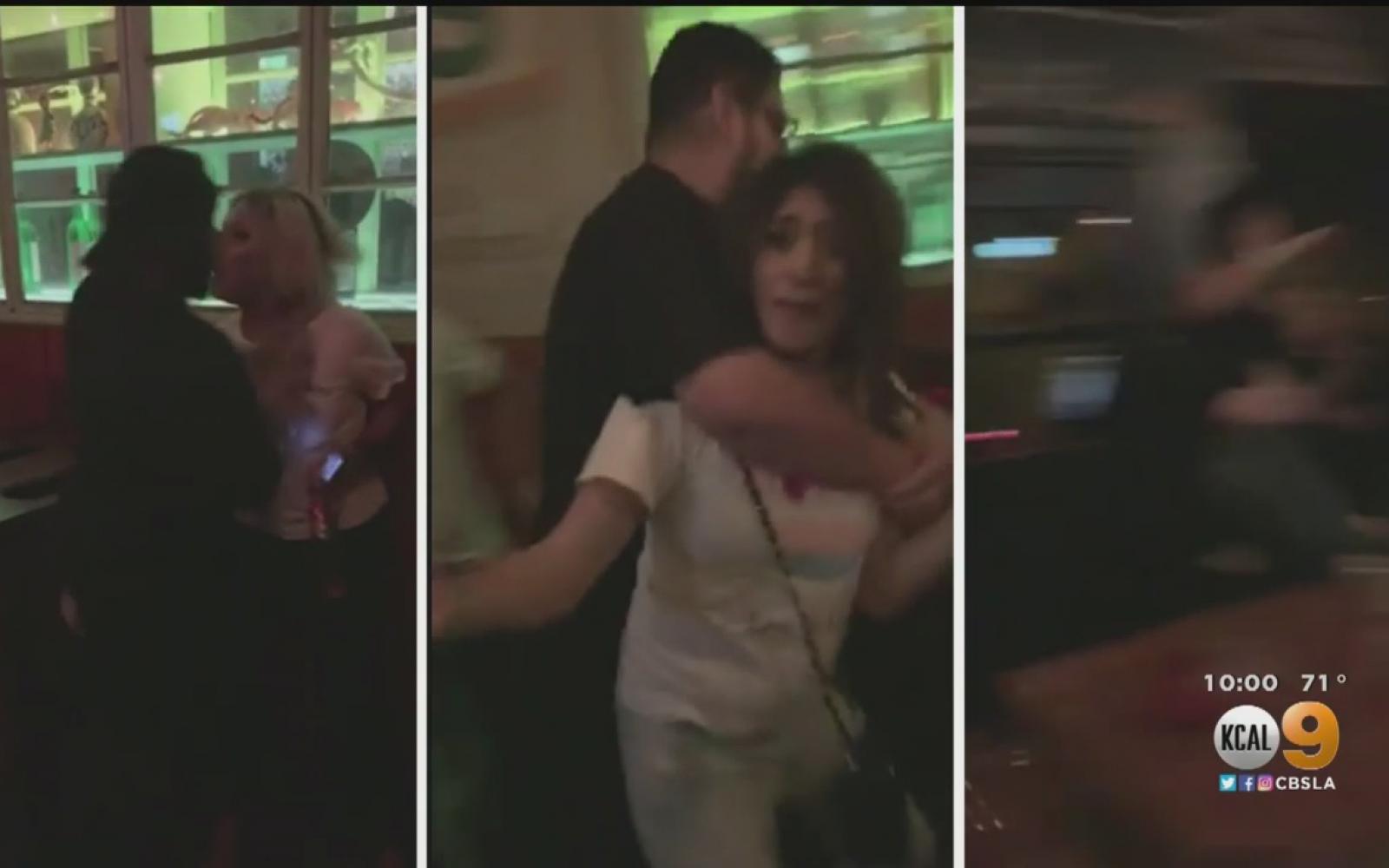 A video posted online and viewed more than 36,000 times shows security guards forcibly removing a group of transgender women and gay men from a bar in downtown Los Angeles Friday.

The guards at Las Perlas on 107 E. 6th St. are seen grabbing at the patrons and dragging them out of the door. At one point, a woman could be heard yelling, "don't touch me like that," as she struggled with the bouncer who was grabbing at her arms.

Another visibly distressed woman looks on at the camera as a man wraps his arm around her neck and drags her out, video shows.

The group was made up of staff and volunteers from Bienestar Human Services, a non-profit social services organization for Latino and LGBTQ groups. They say they were unfairly treated because of their identity.

They were at the bar celebrating the first day of a local LGBTQ festival when they were approached by a man and a woman who "who began to aggressively misgender them, call them 'men' and shout transphobic slurs," Bienestar said in a news release.

"The group of trans women tried to de-escalate the situation, then the couple shouted and threatened the group by saying, 'We will come back and kill you,'" the non-profit said.

Police could be seen responding to the scene in another video.

The Los Angeles Police Department told KTLA that officers responded to a report of a hate crime at about 10 p.m. and took a statement from a person removed from the bar.

Las Perlas issued a statement after videos of the incident were shared online. The bar's spokesperson said that an escalated verbal altercation broke out among two groups of guests at Las Perlas.

"Our manager on duty asked both groups to leave as the safety and security of our patrons and employees is our top priority and we have zero tolerance for this type of behavior in our establishments," the statement read. "The guards removed the guests that were not compliant with the manager's request to leave and did so in accordance with company policy."

The spokesperson called the incident "rare" and "unfortunate" and said the bar has provided "an inclusive and welcoming environment."

The business said they will be donating all profits made during the LGBTQ festival to Bienestar Human Services.

The non-profit said that its members and volunteers were treated with much more aggression than the man and woman who they say started the altercation.

"While the heterosexual couple was asked to leave the establishment, the group of trans women were approached by bar security staff and eventually physically and aggressively removed from the bar," Bienestar said.

The videos shared online drew outrage from community members, some of whom said they plan to boycott Las Perlas .

“Our trans community does not feel safe, especially after our lives being threatened," said Bienestar Human Services program manager, Khloe Perez-Rios, who recorded the video of the incident. "Las Perlas must answer for how this situation was handled – and being next door to Redline, an LGBTQ-focused bar, this is unacceptable. Our community demands answers and action.”

Los Angeles saw an increase in hate crime reports last year, with members of the LGBTQ community being among the most frequently targeted groups, according to an Aug. 2018 report by the Center for the Study of Hate and Extremism.