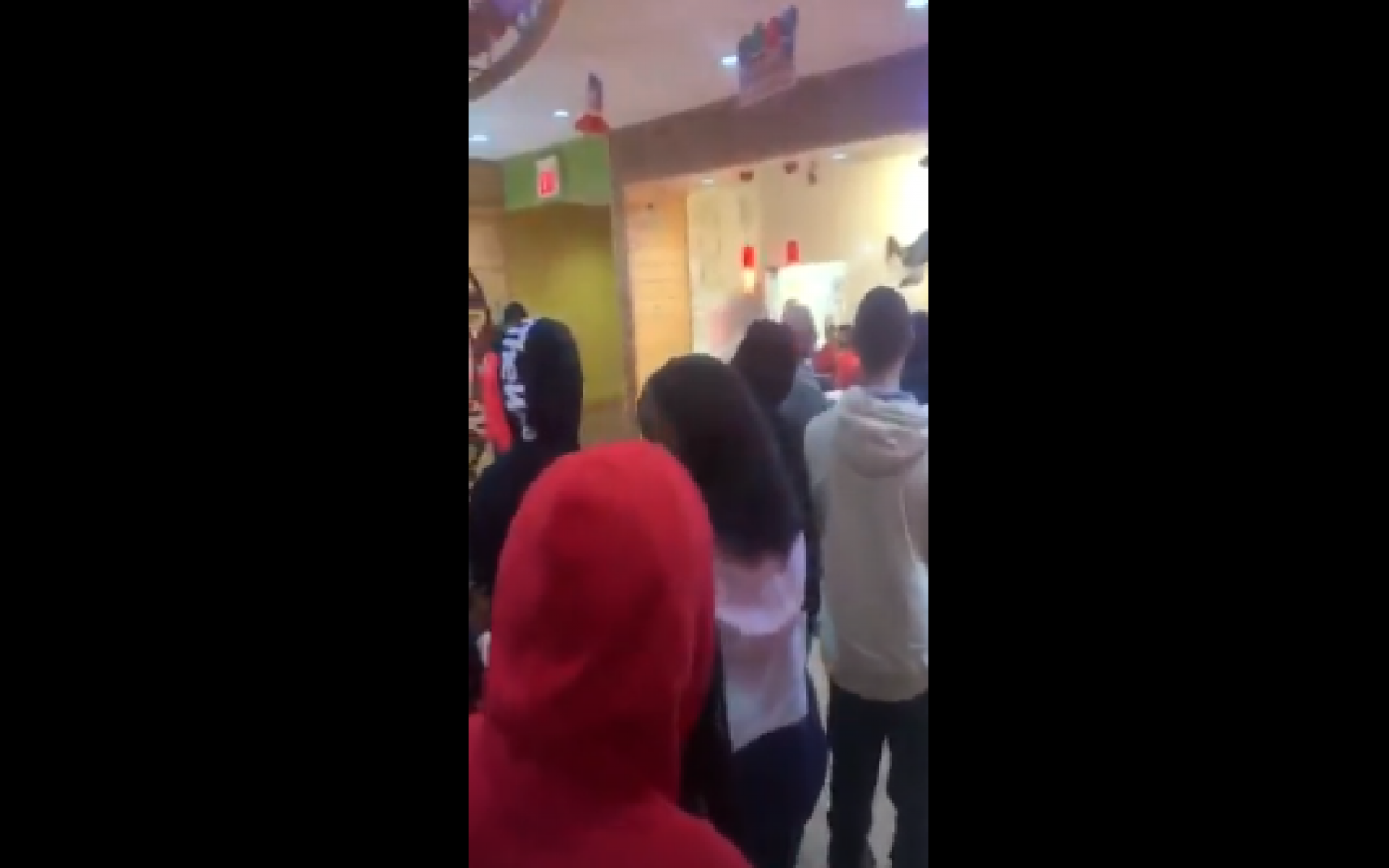 Sticks and stones may break your bones, but words can get you f'ed up.

A white Popeyes patron was shown yelling the n-word at least five times in a racist rant that reportedly ended with the man beaten, forced to apologize and stripped of his chicken sandwich.

Twitter user @ayeblizzy shared video Tuesday of the incident luring many customers in line at the restaurant to start recording, and in one day the 45-second footage attracted more than 689,000 views.

“Racists love chicken too,” the Morgan State University alum tweeted with the video.

Although it’s unclear what sent the unidentified white man into a profanity-laced rage in the recent incident, the footage started with him yelling “f–k you” and bating the person he was talking to feet away from where a child was standing at the restaurant.

He went on to ask: “What the f–k is your Goddamn problem? Huh? You want to be a motherf—-r man? You want me to f–king kick your f–king ass, you piece of s–t?”

“You’d better not touch me…” the otherwise quiet man responded.

He then grabbed his food, balled one of his fists and jumped at the hooded man before walking out of the restaurant shouting other obscenities.

“Get the f–k out of my way,” he yelled at bystanders before that video cut off.

Another person recording, however followed the enraged man outside of the restaurant and a Twitter user who goes by @brandolucianoo tweeted added footage Tuesday. It attracted more than 253,000 views.

“Who you calling a n—a, n—a,” someone in the video could be heard asking.

The man was slumped over on the ground taking blows to the body.

“They whoopin him,” someone said.

Multiple people were pictured in the blurry 22-second video laughing and cheering on the person beating the Popeyes patron.

“Smack him,” someone yelled.

“You in my hood, cuz,” another person told the man.

At one point in the video, the words “They rl took the sandwich from bra tho" appeared on the footage.

“Say sorry! Say it right now,” someone could be heard screaming at the man just before the footage cut off.

See The video below