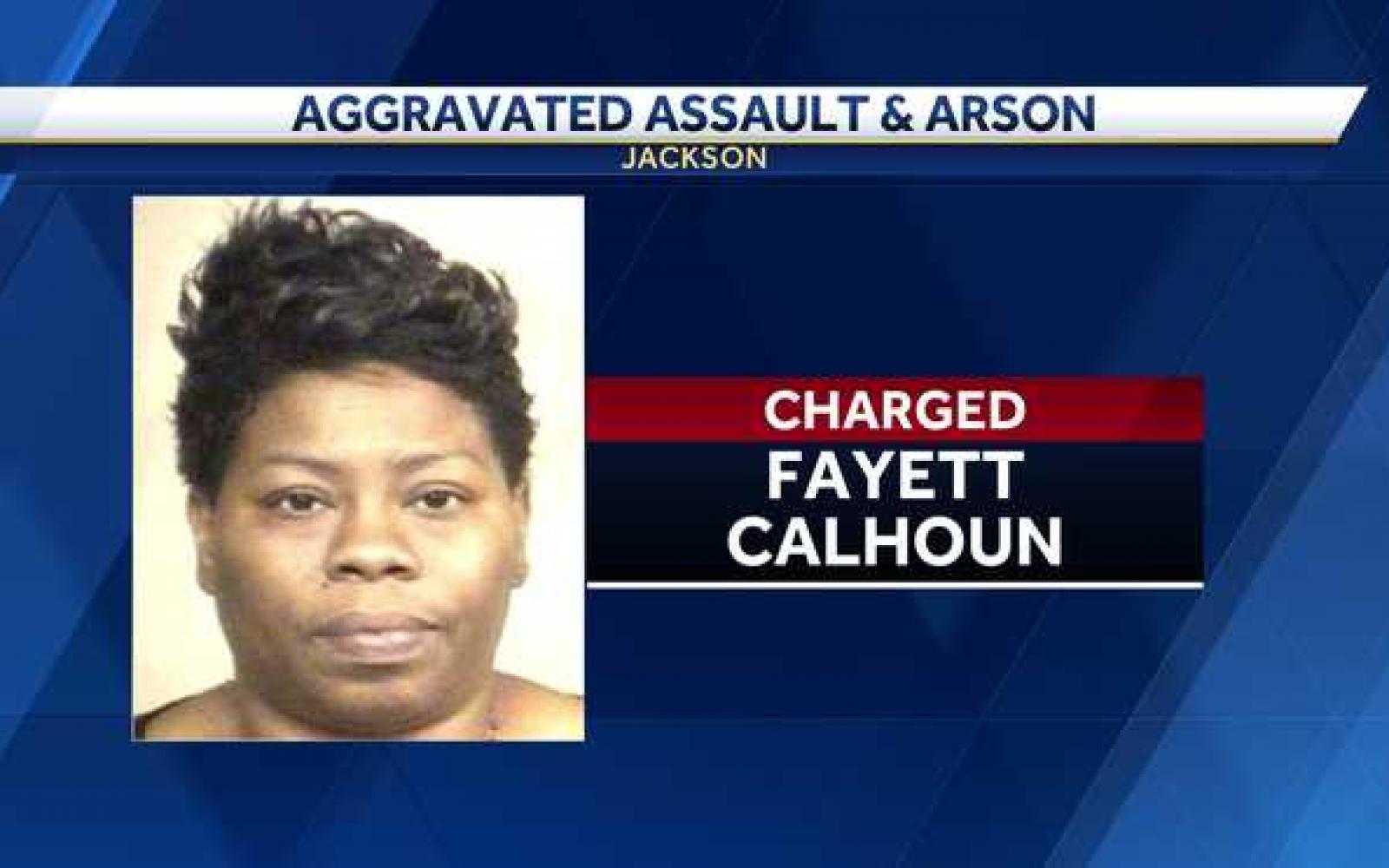 A woman has been arrested and is accused of severely burning her boyfriend, Jackson police said.

Officers were called about 3:30 p.m. Thursday to a home in the 6300 block of Abraham Lincoln Drive, authorities said.

Police said Fayett Calhoun, 42, was involved in a domestic-related incident with her boyfriend, which ended in a fire.

Calhoun's boyfriend was taken to a hospital with severe burns to the body, police said. The man, whose name has not been released, was last listed in serious condition.

Police said the house where the incident happened was also damaged by the fire.

Calhoun is charged with aggravated assault and arson, police said.

Calhoun is not the first woman to set her boyfriend on fire, in a video that went viral a woman can be seen setting a man she says cheated on her ablaze with nail polish remover.