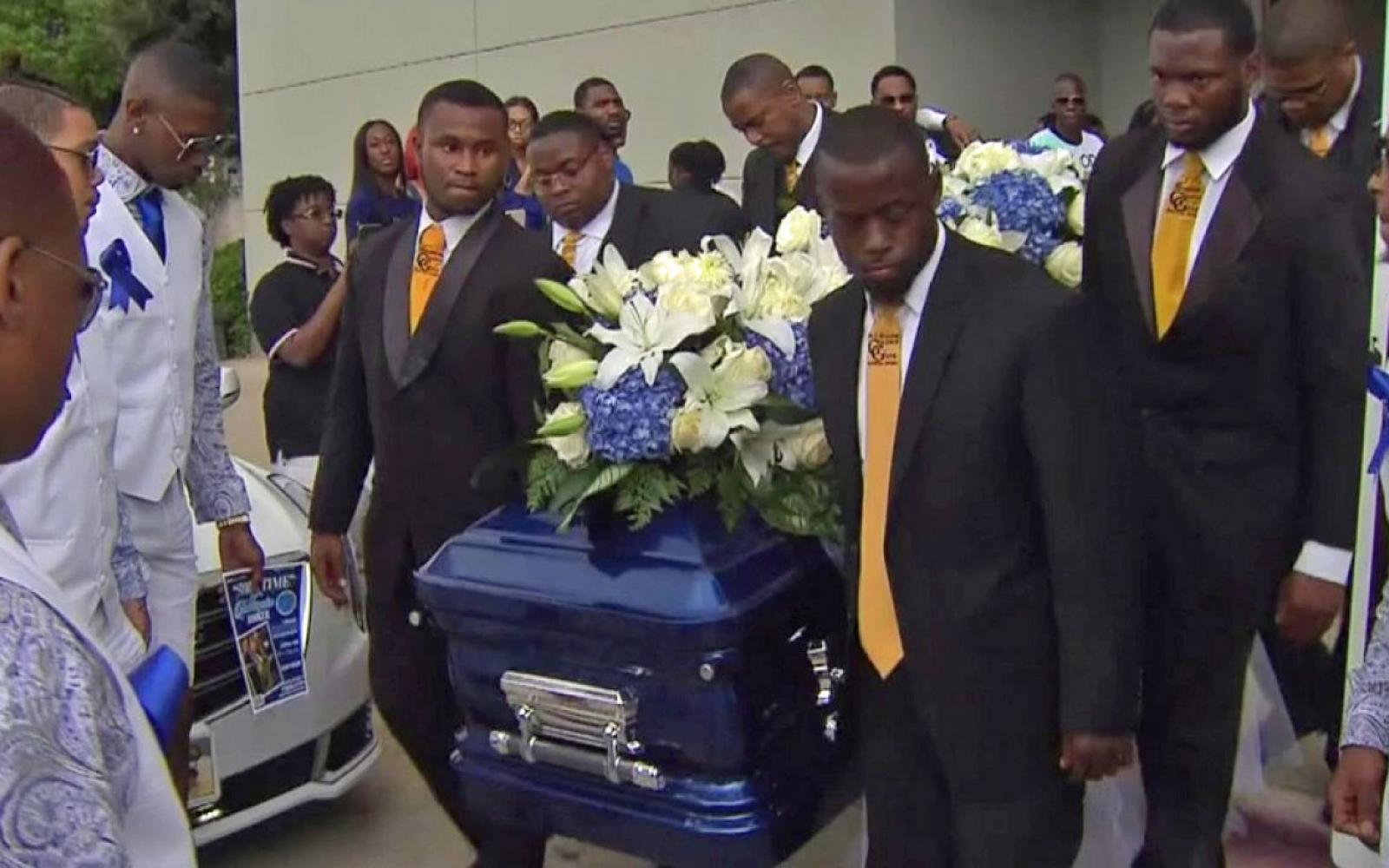 A small crowd gathered outside the US Embassy in London this evening (May 29) to remember Muhlaysia Booker, the black trans woman recently murdered in Dallas, Texas.

Standing in a semi circle around photos of Booker, people from London’s LGBTQ+ community held candles and took it in turns to speak about the importance of marking her loss and remembering her life.
﻿

“She is important even to those who didn’t know her, and she is remembered,” Ren, 24, said. “For as long as someone somewhere is demonstrating, is remembering, is holding a candle and thinking of her.”

Others spoke of the violence faced by the trans community worldwide.

“There’s a lot more work to be done before we can consider ourselves free. We all know we have a long way to go before we can exist without threat,” Ren said.

Julian, who was born in Texas, said, “Muhlaysia was the second black trans woman to be killed in Dallas in just six months. And what about all the other cities in America, all the people we don’t know about? In Texas, murdering a trans person is not recorded as a hate crime. And change is slow in America. We’ve got a long way to go.”

City officials and members of the LGBT community joined Muhlaysia Booker's family and friends Tuesday to honor a life "cut short by hatred."

"There's no doubt in my mind that we should not be here today. But we are," the Rev. Neil G. Cazares-Thomas told an overflow crowd of hundreds at Dallas' Cathedral of Hope.

Several speakers at the memorial service focused on the challenges Booker faced as a transgender woman and the challenges faced by others in the LGBT community.

"She was a young woman whose life was cut short by hatred," said Stephanie Martin, pastor of the Cosmopolitan Congregation of Dallas.

A month earlier, she was beaten up by a crowd at an apartment complex in east Oak Cliff — an attack that made headlines partly because it was caught on video.

Police made an arrest in the April assault, but investigators said they had no leads in Booker's slaying. They did, however, note its similarity to recent attacks on two other trans women.