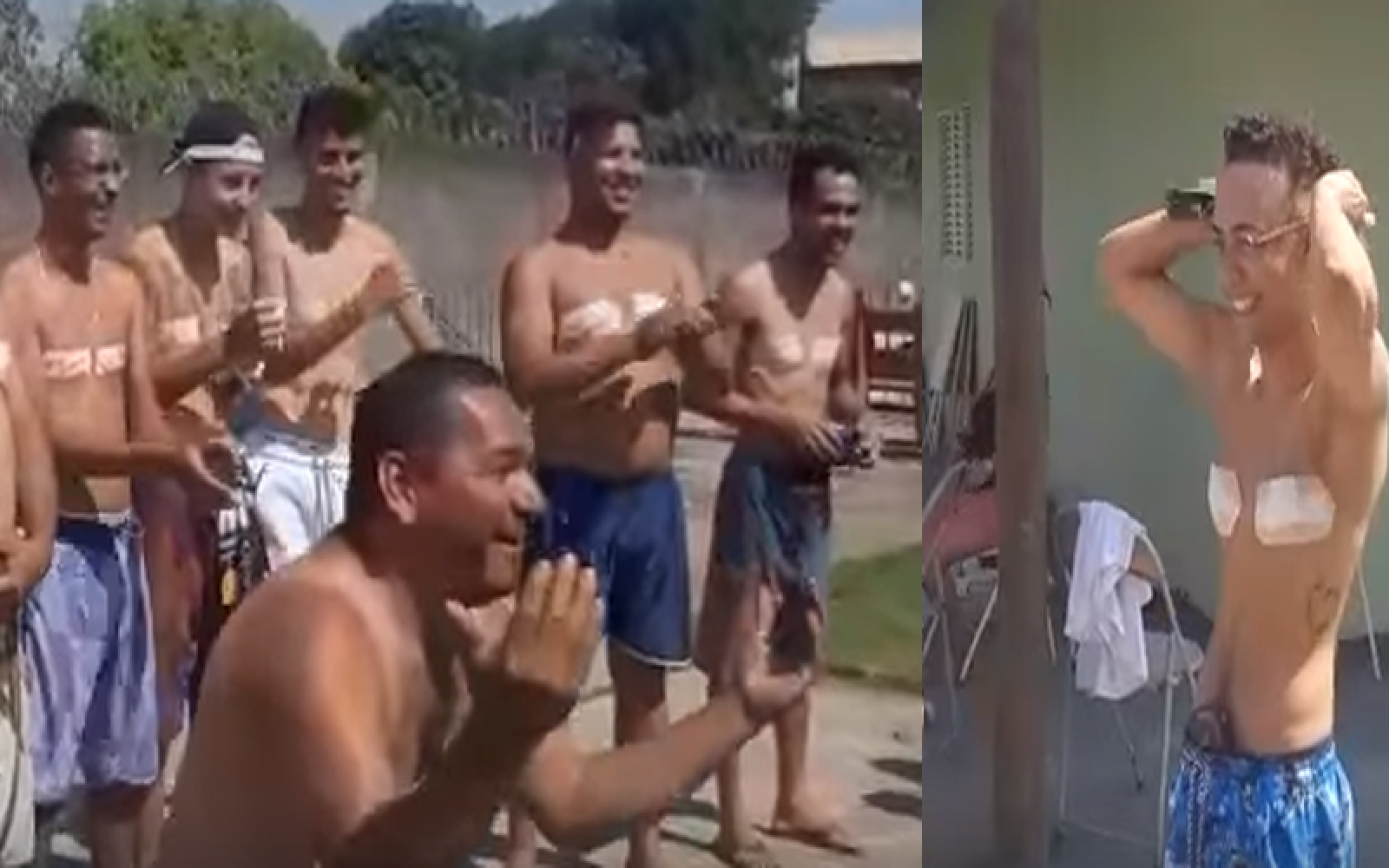 A recent viral video shows a transman's family showing him support after he had surgery.

Richard Alcântara, of Sao Paolo, Brazil, recently had top surgery. He was going to be shirtless for the first time with his family, and he still had bandages.

To show their support, the men in his family all put on bandages too. He was in tears of joy when he saw how much they love him.

The video has been viewed over a million times on Facebook and has gotten over 150,000 likes on Twitter.

It was posted to Facebook by his girlfriend Yuri Almeida, who wrote about Alcântara’s journey to acceptance.

“A year ago he suffered because he was not accepted by his family, fearing rejection,” Almeida wrote. “He already tried to take his own life because of depression, but what he didn’t know is that everything has its time.”

“For those who think that these people lack God, they are wrong. They have more God in the heart than many people, they don’t need people to accept them, but need and deserve respect. We are who we are, no matter our colors, religions, opinions, or tastes.”