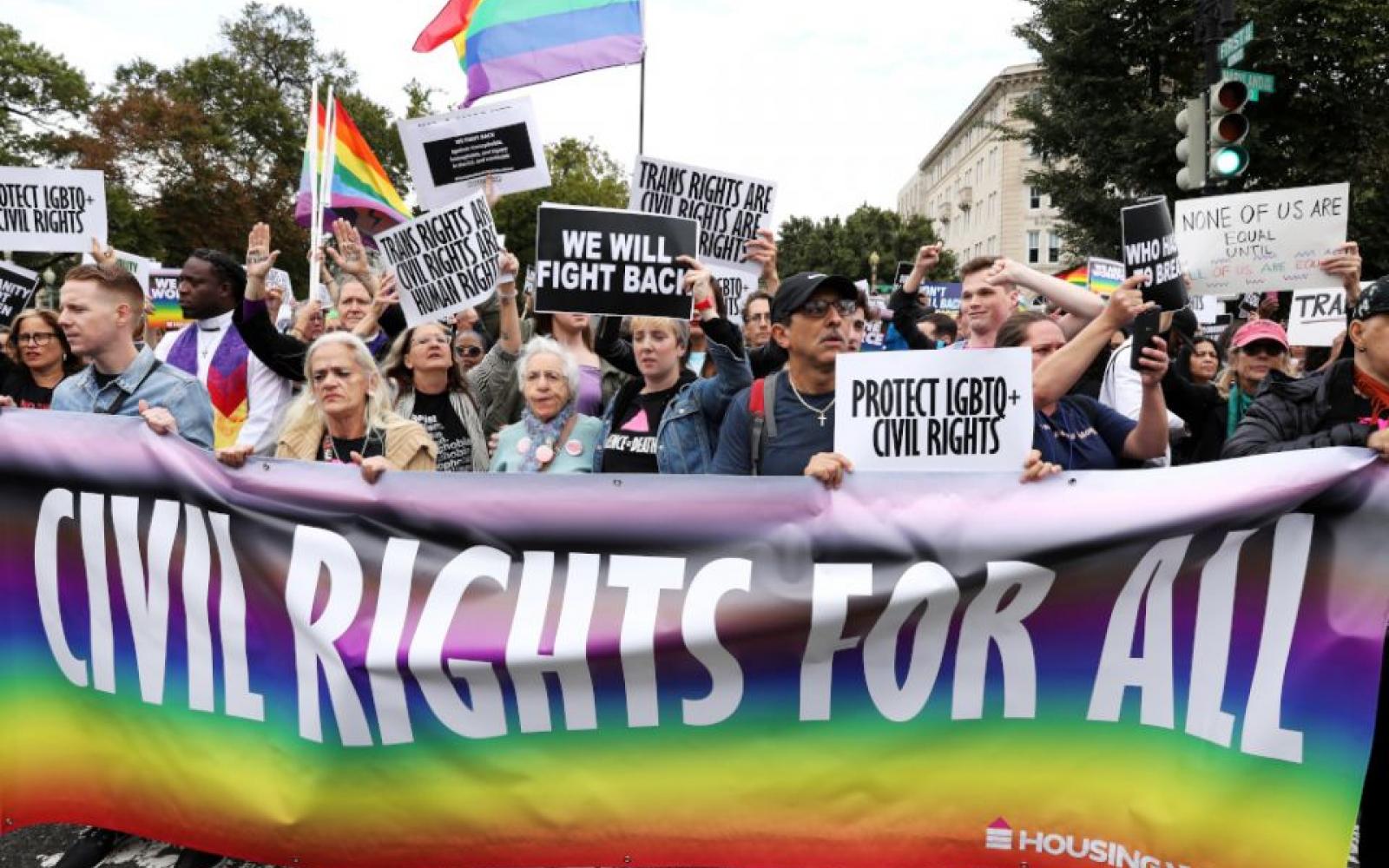 Virginia Gov. Ralph Northam (D) signed a bill into law that would expand non-discrimination protections on public employment, housing and credit on the basis of sexual orientation, gender identity or race.

The bill, like the gun control law Northam signed Friday, goes into effect on July 1.

“This legislation sends a strong, clear message—Virginia is a place where all people are welcome to live, work, visit, and raise a family,” said Northam, according to a report from WRIC.

“We are building an inclusive Commonwealth where there is opportunity for everyone, and everyone is treated fairly. No longer will LGBTQ Virginians have to fear being fired, evicted, or denied service in public places because of who they are.”

According to the news outlet, the law marks a milestone for the South, making Virginia the first state to enact "comprehensive protections" for the LGBT community.

After the signing, LGBT advocates weighed in.

“Right now, as the country and the world deals with an unprecedented pandemic, it is more important than ever to ensure that leaders are looking out for all of us,” Alphonso David, president of the Human Rights Campaign (HRC) said in a statement. “In this period of uncertainty, it is vital that we are all protected from bias as we earn a living, access housing and healthcare, and seek goods and services.”

In the past year HRC spent $250,000 in electing pro-LGBTQ candidates across Virginia, and in November of 2019, both the state Senate and General Assembly flipped Democrat.

Under current law, there are no explicit protections for workers or tenants based on sexual orientation — both in the state of Virginia and on a federal level.

The move from the governor comes as the Supreme Court mulls whether Title VII of the Civil Rights Act, which prohibits employment discrimination over “sex,” covers gender identity and sexual orientation.

The Trump administration has weighed in against the workers in the sexual orientation cases, arguing that the language of Title VII does not cover gay and lesbian employees.

“In 1964, the ordinary public meaning of ‘sex’ was biological sex. It did not encompass transgender status,” Solicitor General Noel J. Francisco and Department of Justice attorneys wrote in a SCOTUS brief.

Francisco said the statute should be interpreted specifically in the context of racial discrimination, not gender identity or sexuality.

“In the particular context of Title VII — legislation originally designed to eliminate employment discrimination against racial and other minorities — it was especially clear that the prohibition on discrimination because of ‘sex’ referred to unequal treatment of men and women in the workplace," they added.