Walmart Gives Family Styrofoam Graduation Cake Instead of Real One 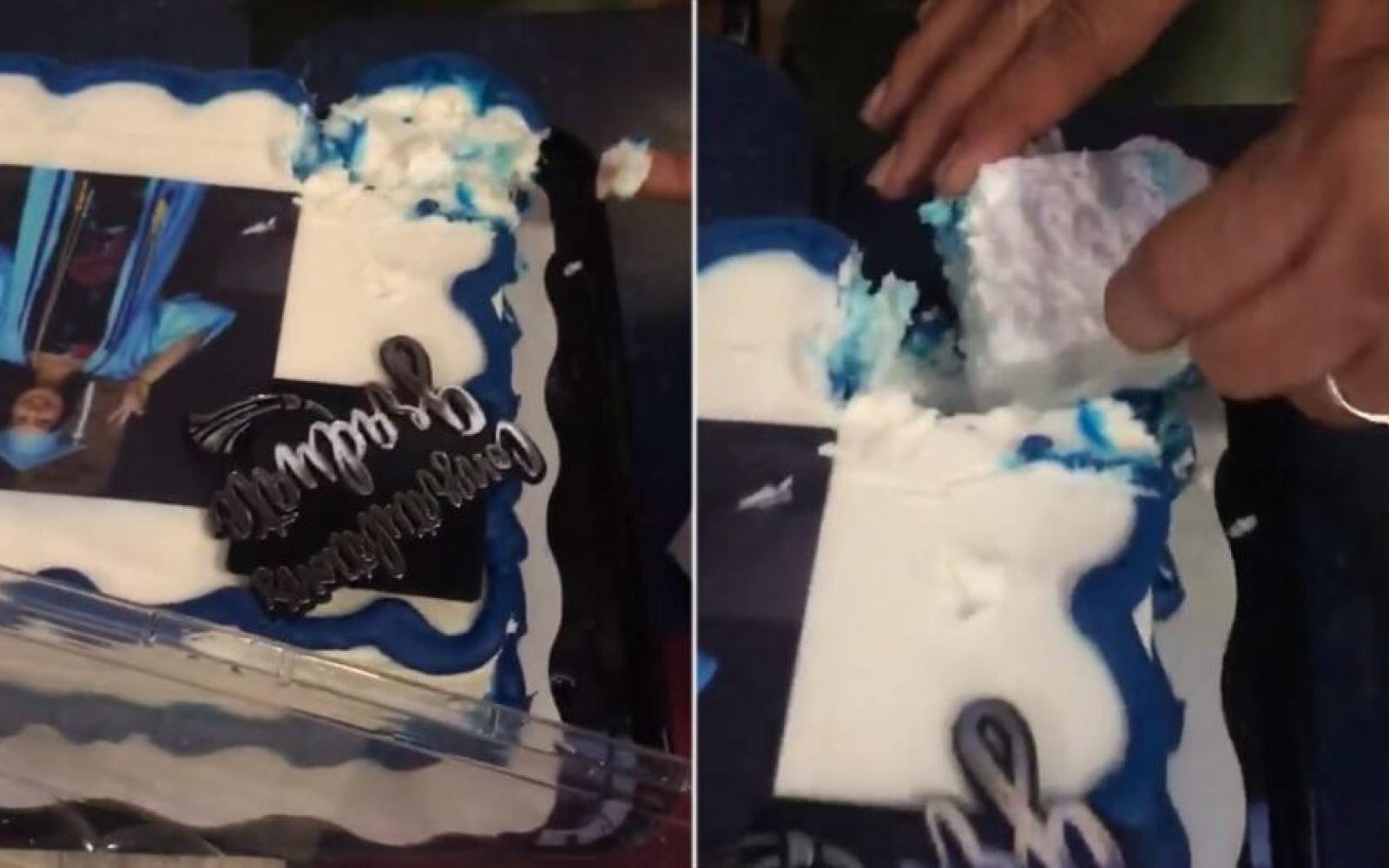 A Texas family is angry after a local Walmart sold them a cake that was made of Styrofoam.

When Lea Nava received her high school diploma, she wasn't the only one beaming.

Marsy Flores, the girl’s mother, tended to every last detail for the graduation party.

But when she went to pick up her daughter's cake the morning of graduation, she hit a snag.

She said Walmart lost her order for a two-tier graduation cake but they offered to give her another one free of charge.

"There was a small blue one which is her school color, so I chose that one and they said they would put a couple of graduation things on it and her picture," she said.

Flores thought the party was back on track, but when they went to cut into the cake that night, she hit another problem.

"I go to cut the cake and it was not budging," Flores said.

Her sister Nellie took a video as they attempted to cut it when and realized it wasn’t cake, but Styrofoam underneath the frosting.

"I was in complete shock," Flores said.

When Flores took the cake back to Walmart, she said the store offered her a $60 gift certificate.

"[The] incident was a result of a misunderstanding,” Walmart’s public affairs said in a statement. “The matter has been resolved. The customer was given a gift card for her inconvenience."

"They can't replace the moment that we lost,” Flores said. “It's a special moment and this is what we got for it. It was a Styrofoam cake. Not only did they mess up one time, they did it twice."