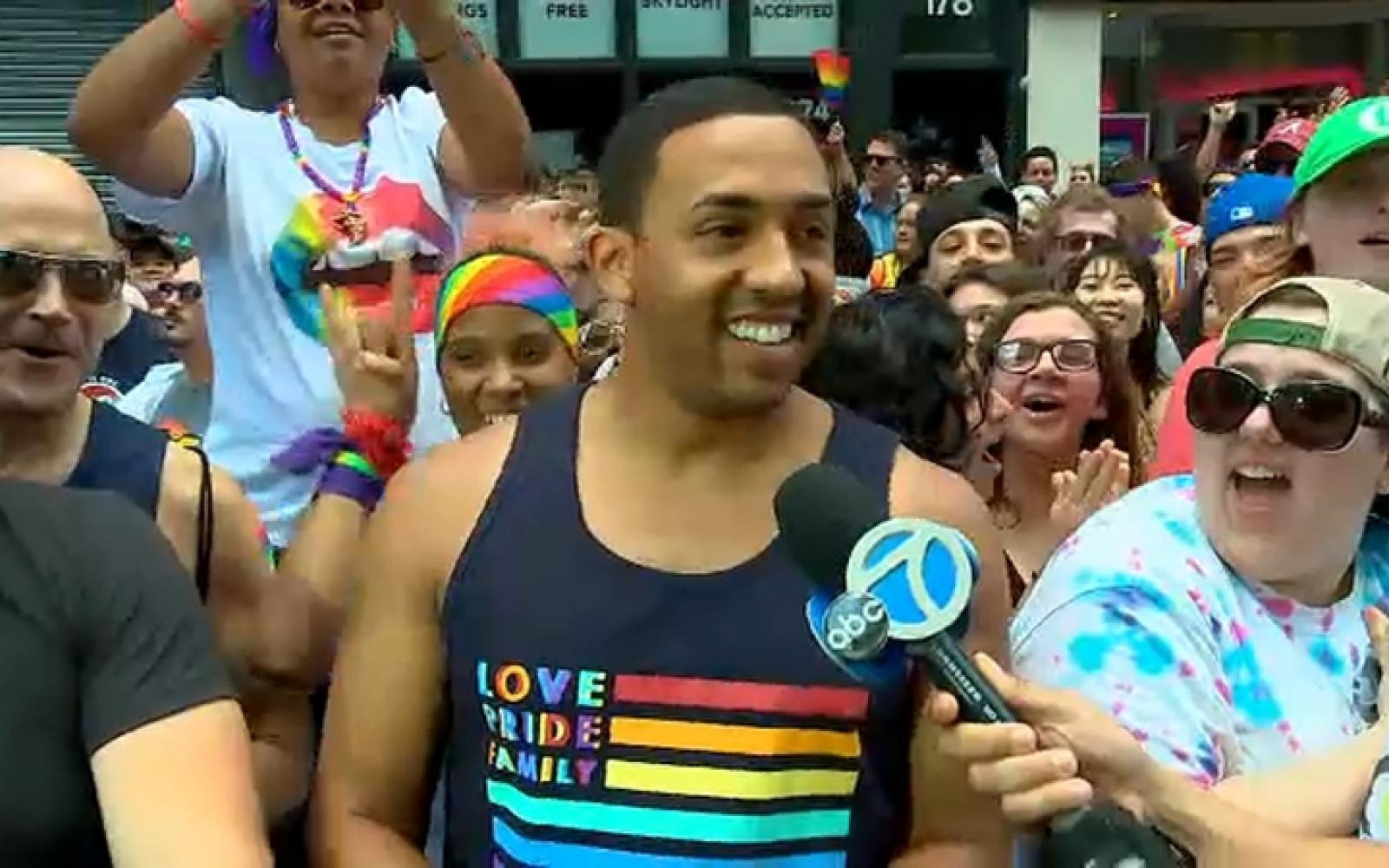 A U.S. Army veteran took advantage of the world's biggest celebration of LGBTQ pride to officially come out on live TV.

Army Specialist Brion Houston just got off a tour of duty in Iraq and found the courage to share with the world who he really is during live coverage of Sunday's Pride March.

When Eyewitness News reporter Derick Waller asked him if he was out, Houston said he is now.

Houston is from Vermont and the Pride March in NYC was his first WorldPride and first Pride ever.

"On the 50th anniversary of Stonewall, there's no better time to be out in the military than right now," Houston said. "You know we have the police protecting us here today which is absolutely incredible."

Thank you for your service, Army Specialist Houston.

Army specialist comes out to the military during #PRIDE on @ABCNewsLive: "This is my coming out... There's no better time to be out in the military than right now."