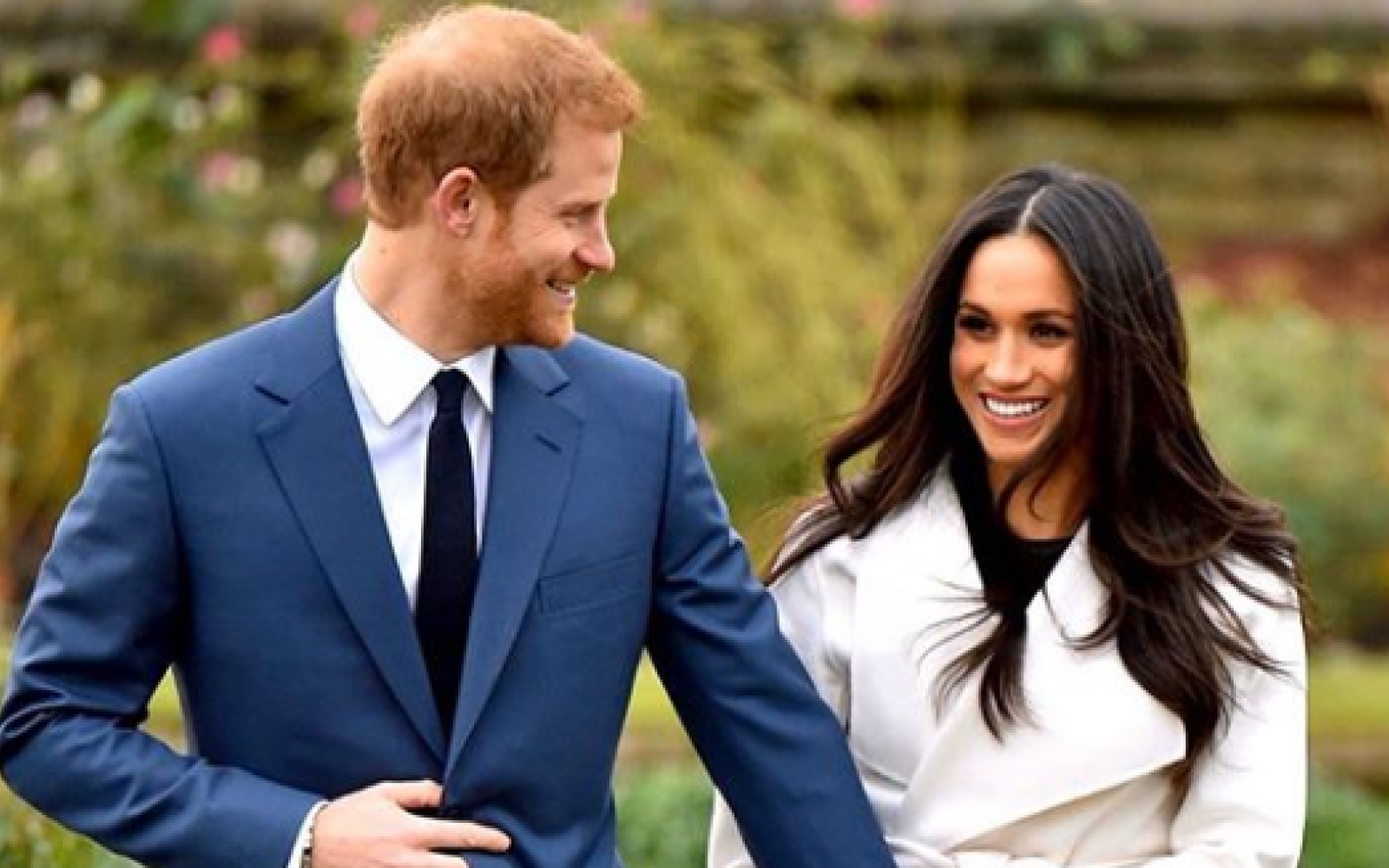 Prince Harry and Meghan Markle are making a dramatic move. The royal couple announced on Wednesday that they intend to “step back as senior members of the Royal Family,” and they are making plans to split their time between the U.K. and North America.

“After many months of reflection and internal discussions, we have chosen to make a transition this year in starting to carve out a progressive new role within this institution,” the Duke and Duchess of Sussex wrote on Instagram. “We intend to step back as ‘senior’ members of the Royal Family and work to become financially independent, while continuing to fully support Her Majesty The Queen. It is with your encouragement, particularly over the last few years, that we feel prepared to make this adjustment.

“We now plan to balance our time between the United Kingdom and North America, continuing to honour our duty to The Queen, the Commonwealth, and our patronages. This geographic balance will enable us to raise our son with an appreciation for the royal tradition into which he was born, while also providing our family with the space to focus on the next chapter, including the launch of our new charitable entity. We look forward to sharing the full details of this exciting next step in due course, as we continue to collaborate with Her Majesty The Queen, The Prince of Wales, The Duke of Cambridge and all relevant parties. Until then, please accept our deepest thanks for your continued support.”

Signing their statement, the Duke and Duchess of Sussex, the couple also posted a photo from the announcement of their engagement in November 2017.

The transition means they will no longer be based full-time in the U.K., the country where the British royal family has reigned for centuries. Harry is currently sixth in line to the throne, behind his father, Prince Charles, brother, Prince William, and William’s three children George, Charlotte and Louis.

Multiple insiders say the chill between the Sussexes and Cambridges runs deeper than many outsiders realize. Today, fallout from the rift that began two years ago with Harry’s engagement to Meghan (sources say William cautioned Harry about moving too fast with the American actress) continues to ripple across the royal family, from seating to staffing to Christmas plans, as Meghan and Harry announced they would not be spending the holiday with the royal family at ­Sandringham.

The move comes as the couple are embroiled in several lawsuits with the U.K. press and acknowledged feeling under strain earlier this fall amid tabloid pressure and ongoing family tensions.

“Any woman, especially when they’re pregnant, you’re really vulnerable, and so that was made really challenging,” Meghan told ITV journalist Tom Bradby about the stress of living in the spotlight during her pregnancy and following Archie’s birth. “And then when you have a newborn, you know. And especially as a woman, it’s a lot. So you add this on top of just trying to be a new mom or trying to be a newlywed . . . thank you for asking because not many people have asked if I’m okay.”

When Bradby asked if it “would be fair” to say that she’s “not really okay” Meghan responded, “Yes.”

Soon after, they announced that they would be taking “much-needed family time,” away from royal duty — which brought them to Canada.

On Jan. 3, music producer David Foster revealed that he arranged for the royal couple and their son Archie, born May 6, to stay at a Vancouver Island mansion owned by a close friend, although he declined to name the owner.

Meghan and Harry stepped out on Tuesday to pay a visit to Canada House — the base of the High Commission of Canada to the U.K. — to thank them for their warm hospitality and support during their stay on Vancouver Island. During their visit, Meghan said their getaway was “beautiful.”

“I want to say Happy New Year and thank you, and as my husband said, my goodness it was just such an incredible time we were able to have there and with our son too,” she told the staff.

“And just to be able to take in the warmth that we experienced from the people but also just to walk around and just see the beauty of Canada,” she added. “To see Archie go ‘ahhh’ when you walk by and just see how stunning it is, so it meant a lot to us.”

A post shared by The Duke and Duchess of Sussex (@sussexroyal)