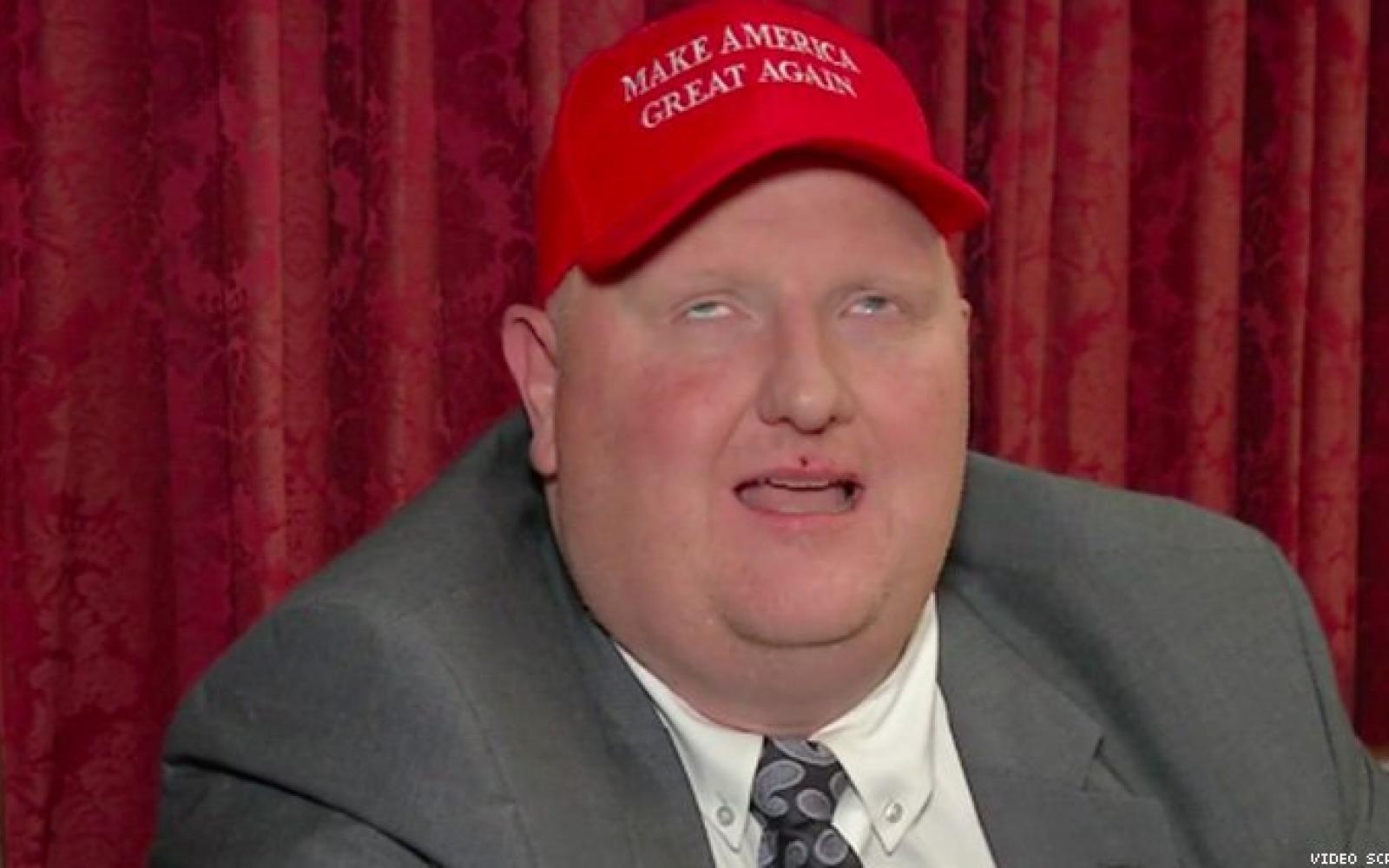 In November of 2018, Eric Porterfield was elected to the West Virginia House of Delegates. He made news late last week when he compared the LGTBQ community to the Ku Klux Klan.

Porterfield appeared on television station, WVVA, this weekend and was asked to clarify his statements. Rather than showing contrition, he doubled down on his rhetoric, seeming to imply that he would drown his own children if they were gay.

Anchor Rachel Anderson asked the GOP delegate what he would do if he discovered his children were homosexual. Porterfield responded, “Well, I would dress my daughter first, as I would take her for a pedicure, I’d take her to get her nails done, and see if she could swim.”

Porterfield, proudly wearing a MAGA hat, continued, “If it was my son, I would probably take him hunting, I would take him fishing, then I’d see if he could swim.”

The delegate has become well known in the house for his outrageous, trolling statements. The Huffington Post reports, “He reportedly used the slur “f*ggot” in a committee meeting on Wednesday amid discussions over a proposed amendment that would restrict anti-discrimination protections for LGBTQ people.”

While the state’s GOP chairperson, Melody Potter, condemned the comments, she is not asking Porterfield for his resignation. She released this statement, “Delegate Eric Porterfield has made comments that are hateful, hurtful, and do not reflect the values of our country, our state, and the Republican Party. These comments are unacceptable and we denounce them. They have no place in America.”