Whew Chilay: Man's Ex Girlfriend Smashed His Homie, So He Slept With Her Dad And Posted It On IG 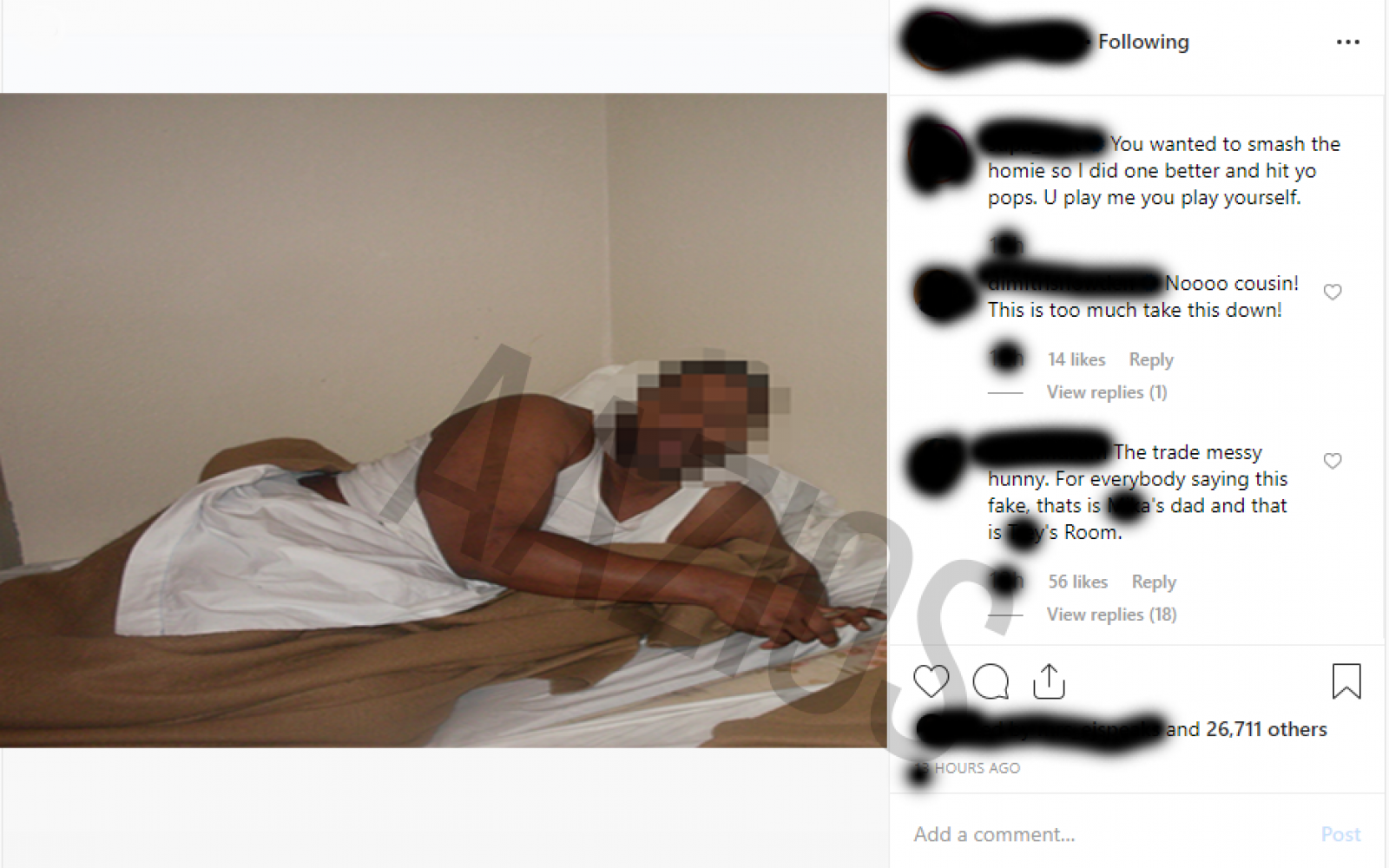 There are a lot of things that we need in life.  This type of foolishness is not one of them.  We don't know what in the Bi Sexual Love Square is going on here but we hope we don't ever piss someone off to the point where they have sex with our father and then post it on the gram.  The person that sent this to us explained the story to us this way.  We've changed the names to protect everyone involved because the post was deleted.

"Basically Tracy and Mario had been dating for 3 years and she cheated on him with his best friend like a month ago.  They broke up, he kicked her out of the house, she made a bunch of live videos with her posted up with his best friend.  It was real messy.  So fast forward to a couple of weeks ago and  Tracy's dad just got out of jail WAS sleeping on Mario's couch.  Somehow he ended up in the bed.  He posted a video of them having sex first but he deleted it.  You could clearly see it was Tracy's dad in the video.  Then he posted this picture. Tracy was on live crying saying she didn't know Mario was bisexual and but she had heard some things about her dad because he was always locked up and one time it was for being caught giving head to a guy behind a dumpster by ****wood Apartments.  I don't know how she didn't know Mario was bi sexual because his baby mother caught him with a guy and thats why she had stopped messing with him"

The say hell hath no fury like a woman scorned but apparently it applies to men too. 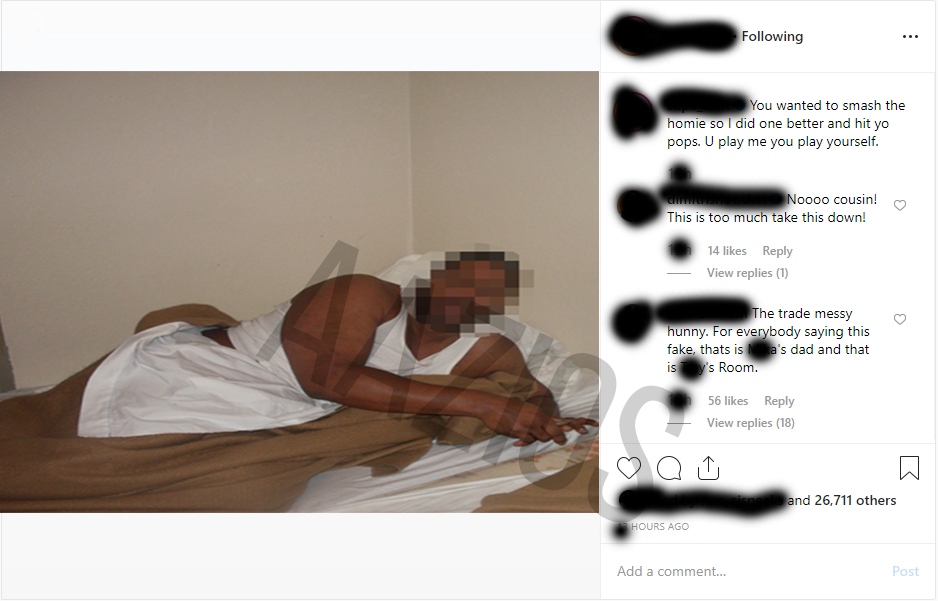