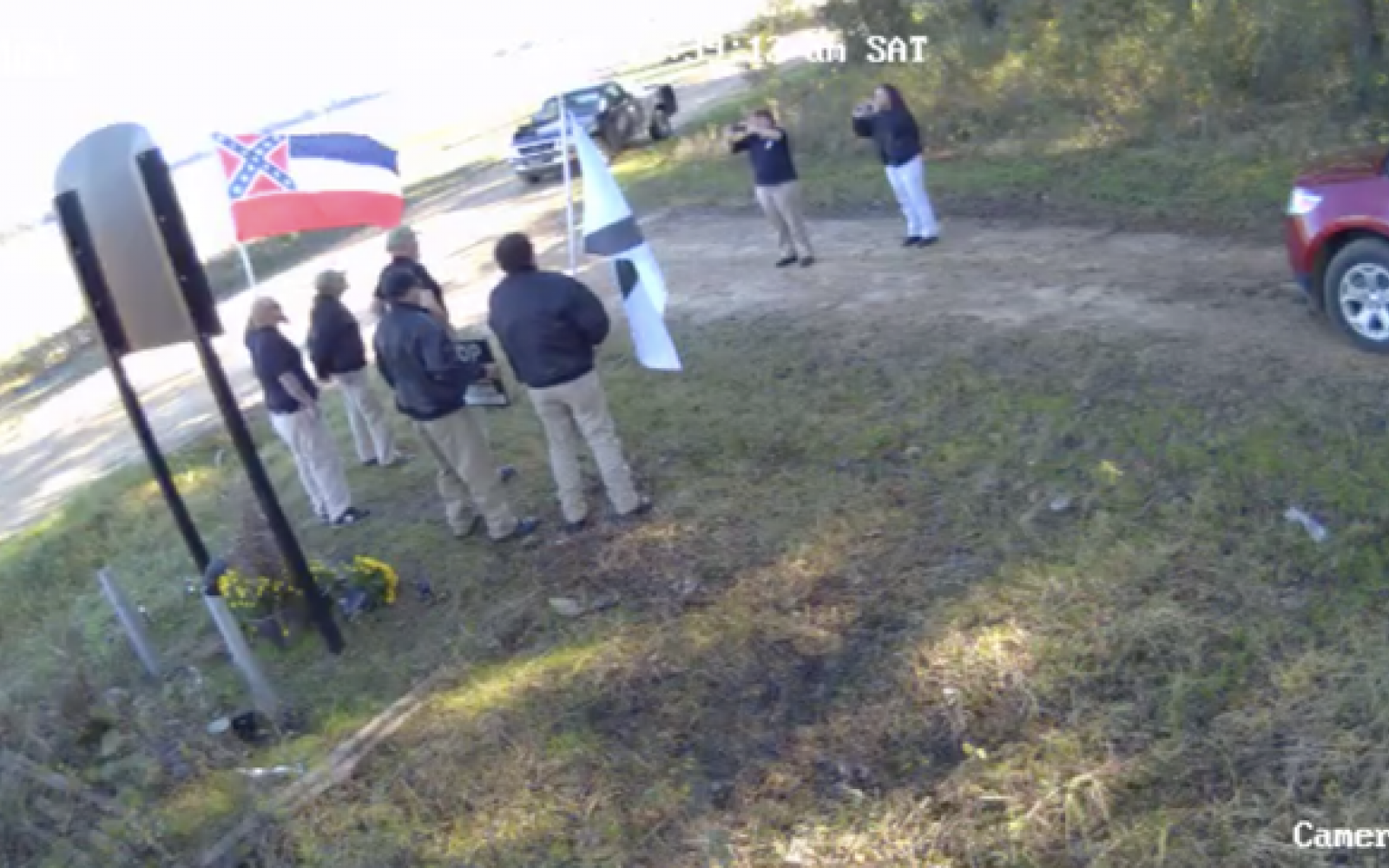 A group of white nationalists were caught on video apparently trying to make a propaganda video at the site of the Emmett Till memorial in Sumner, Miss., according to NBC News.

Footage making the rounds online shows the group waving a confederate flag in front of the memorial, which has been the site of a number of reported incidents of racist vandalism in recent months.

The Sumner Courthouse and Emmett Till Interpretive Center shared footage of the group visiting the memorial on Saturday.

During the moment, one of the men standing in front of the memorial can be heard saying: “We are here at the Emmett Till monument that represents the Civil Rights Movement for blacks.”

"What we want to know is, where are all of the white people?" the man continues.

In more footage of the moment obtained by NBC News, the group of people can be seen rushing to their vehicles shortly after security sirens installed around the memorial begin to sound.

Patrick Weems, the executive director of the Emmett Till Memorial Commission, told the publication that the sirens were sounded as part of a surveillance system that was installed after the memorial was shot up with bullets on several occasions.

However, Weems said the Saturday incident is the first case leaders have “seen of what appears to be white nationalists making a propaganda video.”

The incident arrives less than a month after a bulletproof memorial was erected at the site to replace previous signage honoring Till, a boy from Chicago who was killed at the age of 14 in 1955 after a white woman claimed he whistled at her.

It wasn’t until decades later that the woman, Carolyn Donham, admitted to lying about the events that led up to his devastating death. Federal investigators also reopened the investigation into Till’s lynching last year.

According to NBC News, the memorial honoring Till is currently under surveillance by local police. 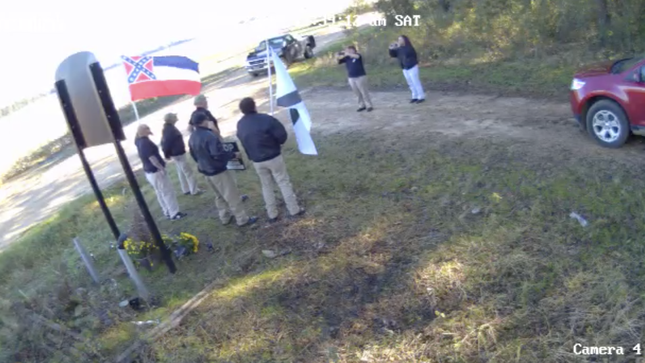