Wife Murders Husband, Sets House on Fire With Their Six Kids Inside, Then Kills Herself 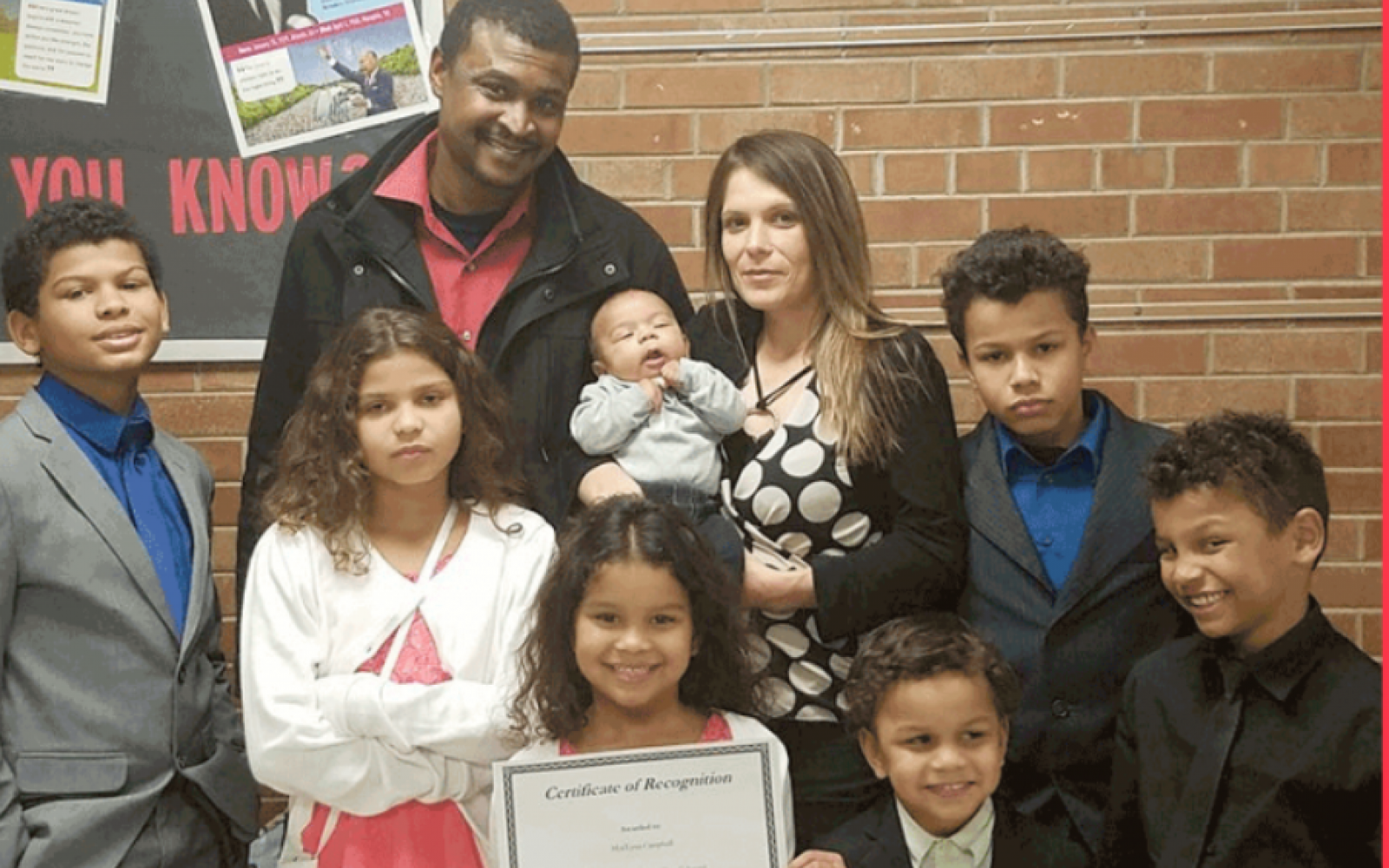 GLEN CARBON, Ill. — A family tragedy unfolded Thursday in a series of dramas in Glen Carbon and Highland: a deadly house fire, an infant saved from a sinking SUV, a body recovered in a lake.

A woman's body was pulled from the lake. The body was later identified as Cristy L. Campbell, 32, of Dogwood Lane in Glen Carbon. She was the mother of the infant.

A body found in the Glen Carbon house was a man, a source said.

The baby boy was taken to a St. Louis hospital for treatment after being pulled from the SUV in Silver Lake around 6 a.m. He was expected to make a full recovery and to be released Friday, Madison County Sheriff John Lakin said at a news conference Thursday afternoon.

"Fortunately there is something good that can come of this," Lakin said of the child's survival.

Authorities were notified about 5:15 a.m. that a house on Dogwood Lane in Glen Carbon was burning. Six children who were in the house when the fire began escaped. Some of those children ran to a nearby Wal-Mart to call 911, said Glen Carbon Police Lt. Wayne White.

The caller said there was a possible victim inside, White said, but the house was fully involved and firefighters could not safely enter until they had put the fire out. The body was removed midafternoon Thursday. An autopsy will be done.

A surveillance video obtained from a neighbor shows an SUV's headlights switching on in the driveway of the house about 4:50 a.m. Several minutes later, the SUV backs out of the driveway. About 3 minutes later, a reflection from the flames of the burning house can be seen on the side of a nearby house. Four children run across the street, heading in the direction of Wal-Mart. The smallest child is carrying a blanket.

Around 5:30 a.m. about 16 miles east of the Glen Carbon house, a 911 caller notified the Madison County Sheriff's Office that a vehicle had driven into Silver Lake, off Route 143. Highland EMS made it to the lake first and paramedic Todd Zobrist rushed into the cold water and searched the vehicle.

Lakin lauded Zobrist as a "hero," saying he swam out 50 to 75 feet into the lake, did a sweep of the car and found the three-month-old baby floating inside the vehicle with about six or eight inches of air space.

The baby was lifeless when Zobrist pulled him from the SUV and Zobrist began CPR on the roof of the vehicle, which was partly submerged, Lakin said. The infant was rushed to a St. Louis hospital.

At the same time, authorities launched a boat to search for the driver. They issued a plea for the public's help in finding Cristy Lynn Campbell, a "person of interest."

Cristy Campbell's body was found around 11:15 a.m. about 400 feet from where the vehicle went into the water, Lakin said. It was pulled from the lake around 1:15 p.m.

A gun was found inside the SUV, a source said.

Cristy Campbell has published photos of herself with seven children, including a baby boy, Julian, born in December. The four boys and two girls range in age from 4 to 14.

A neighbor, Sherry Ricker, said she believed that Justin Campbell was living at the house, a split level on a street of well kept ranch and two-story houses. She said the family was always busy because the kids were involved in a variety of activities, and that the house was filled with trophies.

She said she saw Cristy Campbell and held the baby three days ago. "She was happier than I had seen her in a long time," Ricker said.

All seven children, "to include the infant child rescued from the submerged vehicle," are accounted for and safe, the Madison County Sheriff's Office said in a press release. They are with family members, Lakin said.

Court records point to a tumultuous relationship between Cristy and Justin Campbell.

In 2005, Justin Campbell was charged with domestic abuse. Prosecutors said he caused bodily harm to Cristy Campbell, then known as Cristy L. Brueggemann, by slapping her in the head when she was 16 weeks pregnant. He was sentenced in March 2006 to a year of probation and fined $500.

The couple, who by this time had three children, was married on Nov. 3, 2006, at the Madison County Court House.

Justin Campbell's probation was revoked when he failed to pay on time and appear in court, and he was arrested in October 2007. The case was closed again in December 2007.

In 2010, Cristy Campbell sued her husband for divorce, but withdrew the suit.

A judge granted an emergency order of protection on April 25, 2012, and Cristy Campbell sued again for divorce.

On May 10, 2012, the couple appeared in court together and Cristy Campbell asked for the protection order to be dismissed; it was.

The divorce was finalized on July 27, 2012. She was awarded custody, he was granted visitation rights.

In February 2014, Cristy Campbell requested supervised visitation, alleging that one of the children told her his father had pinched and punched him, and another child said he had been choked. The court ordered that Justin Campbell’s visitation take place at a court-approved neutral location.

In May 2014, Glen Carbon Police cited Cristy Campbell after she allegedly allowed a 5-year-old child to leave their home on Dogwood Lane and “wander around the streets of Glen Carbon unattended.” She attended parenting classes in exchange for prosecutors dropping the charge.

Authorities said at the news conference that they had answered about 50 calls at the house since 2010, including hangup 911 calls, barking dog calls and some domestic calls. 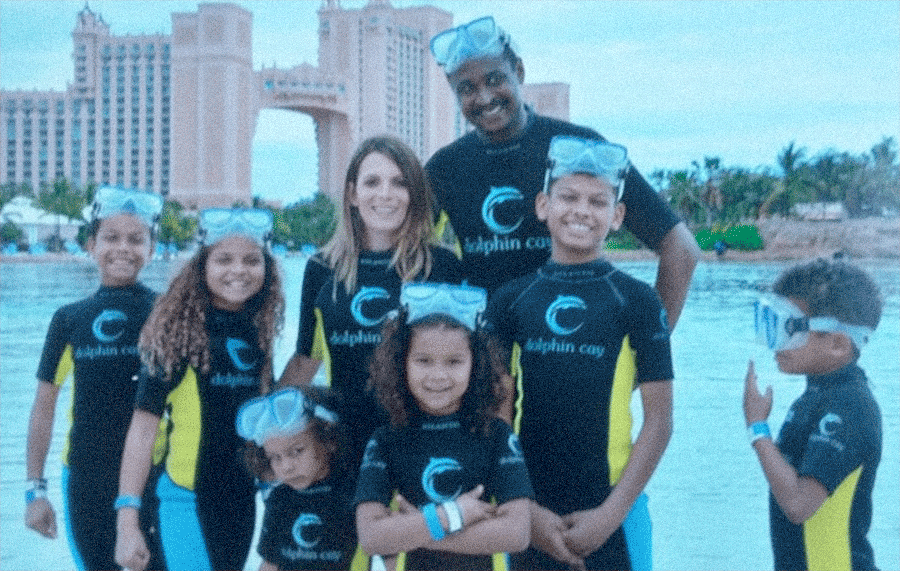