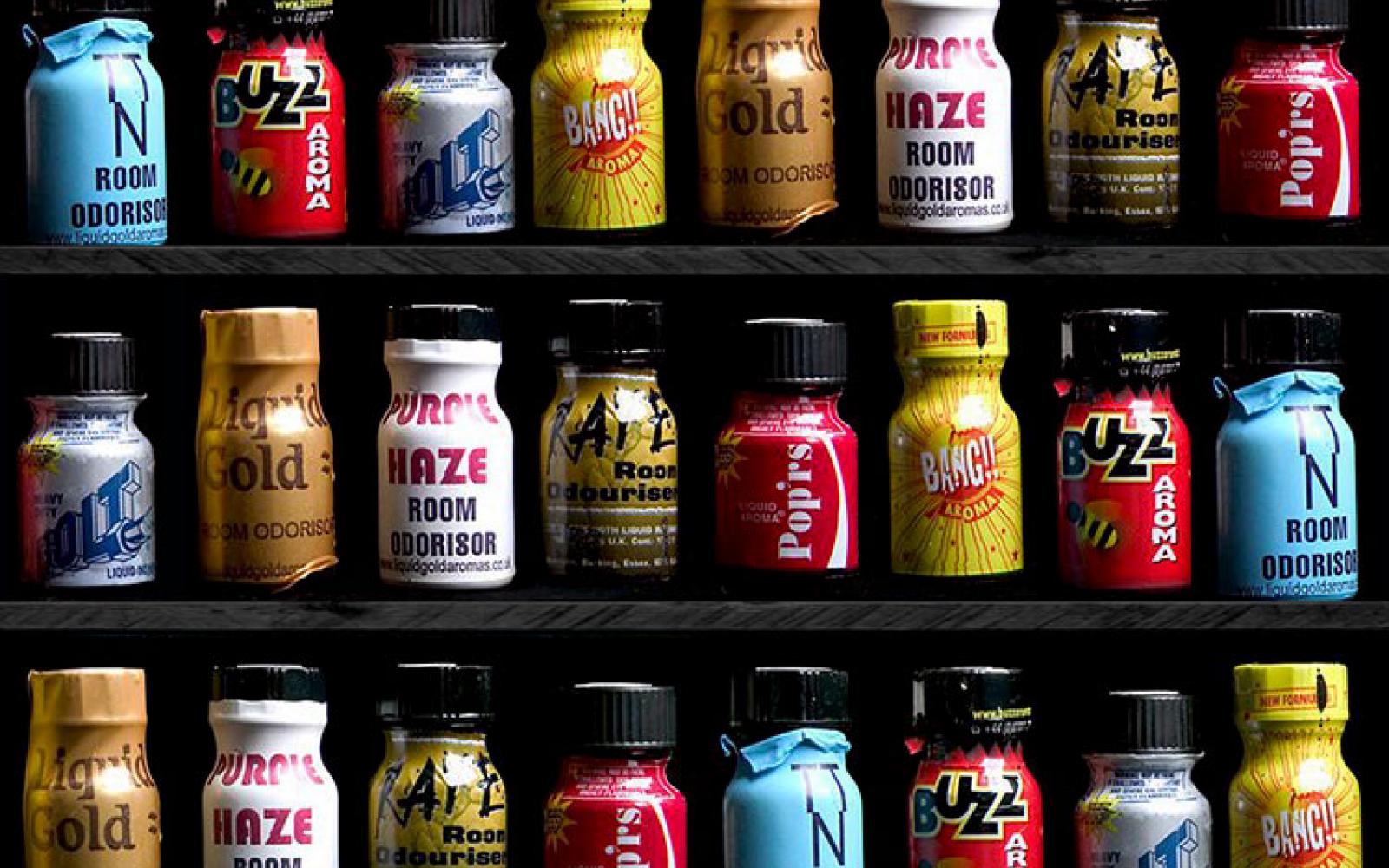 A woman has died after drinking an entire bottle of poppers authorities say.

She fell ill after drinking XL Gold – which contains isopropyl nitrate, an ingredient found in liquid drug poppers, which gives an instant high when inhaled – on May 6 and died the same day.

It is sold legally, but the bottle is marketed as a cleaning product and sexual enhancement liquid, and marked as “not for human consumption”.

The bottle was one of two bought by a man from Party Time off licence in Arbroath, Scotland.

The XL Gold was on the counter alongside miniature bottles of booze during a visit by officials – but shop licence holder Mohammed Naseed insists the stimulant has never been sold or advertised as alcohol.

Cops probing the woman’s death say she died after drinking a full bottle of the substance – and have asked Angus Council to review Party Time’s premises licence.

A police review application to go before the council’s licensing board on Thursday said: “A male customer bought two bottles of XL Gold from the premises.

“He took them home and gave one to a female, who drunk the whole bottle and subsequently fell ill and passed away that same day.

“A police enquiry concluded that XL Gold is not for human consumption. The product is chiefly either a room odouriser or cleaning product.

“As it contains isopropyl nitrite, which is commonly referred to as ‘poppers’, some people use it to inhale to get a ‘quick high’.

A licensing officer visited the shop on July 3 and interviewed Mr Naseem, and his report said the store boss had stocked XL Gold for over a year and “understood that the point of the product was for the smell”.

At the time of the visit it was displayed on the counter among miniature bottles of alcohol but Mr Naseem said it was normally kept behind the counter.

The report added: “I asked if it is possible that this product has ever been sold as or advertised as alcohol.

“He told me, however, he does accept that the box being on the counter instead of being packed away as it normally was, may have caused confusion on the day in question.

“He also told me that the bottle has clear indications on it that it should not be consumed, with prominent skull and crossbones on the bottle, as well as a clear danger message and the actions that should be carried out if the product is consumed.”

XL Gold is marketed online as to be “used to enhance sexual pleasure for men and women” and as “room aroma odourisers”.

Licensing law specialist Janet Hood, representing Mr Naseem, said she could not discuss details of the case before the board meeting.

She added: “Obviously my client is extremely upset that the woman died but the product is legal and was sold legally.

“It is terribly unfortunate but the product is clearly marked as not being for human consumption and in my opinion a shop cannot be held responsible for decisions someone chooses to make at home.

“There a number of household products from bleach to shampoo that are sold legally but should not be drunk. It is a terrible tragedy.”